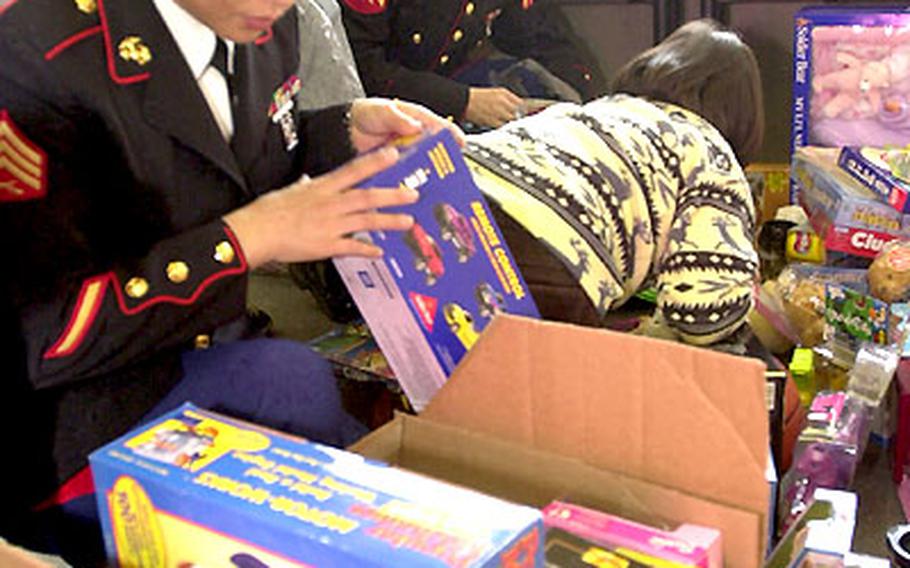 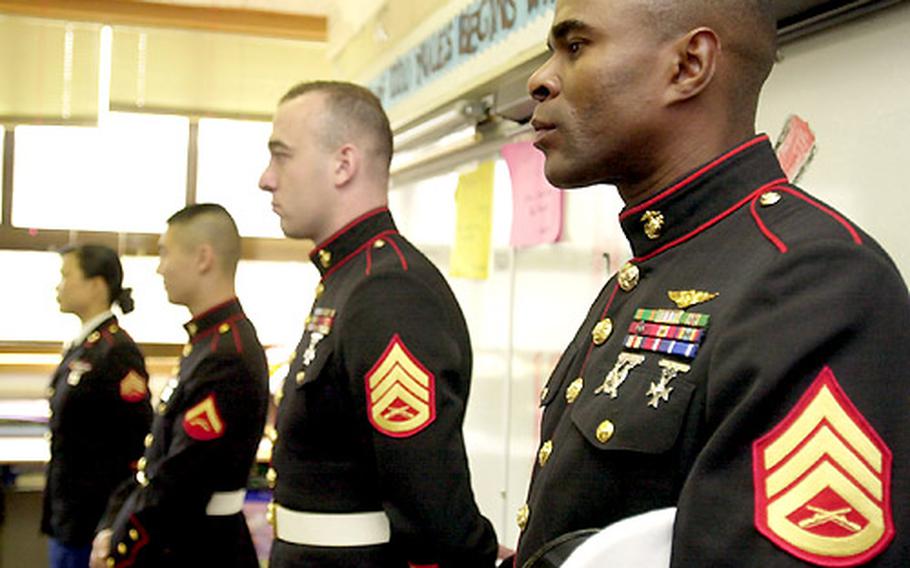 YONGSAN GARRISON, South Korea &#8212; In South Korea, the Marines truly are few but proud. Of a force of almost 37,000 U.S. servicemembers on the peninsula, fewer than 100 belong to the Marine Corps.

But that hasn&#8217;t stopped them from carrying on one of the Corps&#8217; most visible non-combat missions: Toys for Tots. This year, officials said, Marine Forces Korea already has almost doubled the number of toys it gathered all of last season.

On Wednesday, five Marines in crisp dress uniforms went to Seoul American Elementary School to pick up hundreds of toys gathered and donated by students there.

For one Yongsan Marine, the project has special meaning. Staff Sgt. Serge Raveau was raised in an orphanage, he said, and was on the receiving end of others&#8217; generosity not too long ago.

The toys gathered by students &#8212; and donated by other members of the military community in South Korea &#8212; are being delivered to some 30 orphanages throughout the country, said Maj. Bruce Youngbluth, who is helping to organize and run the program.

They will continue accepting donations of new, unwrapped presents until Monday, Youngbluth said.

If they gather enough toys, the Marines plan to send some to be distributed by the U.S. Embassy in the Philippines and the U.S. consulate in St. Petersburg, Russia.

The Marines also will give hundreds of toys to Yongsan&#8217;s Army Community Services center, which then will distribute them to needy military families on bases in South Korea.

Seeing the Marines in their dress uniforms seemed a big deal for the kids, as well. They asked questions about what Marines do, whether they rode in submarines and who would be getting the toys they worked so hard to collect.