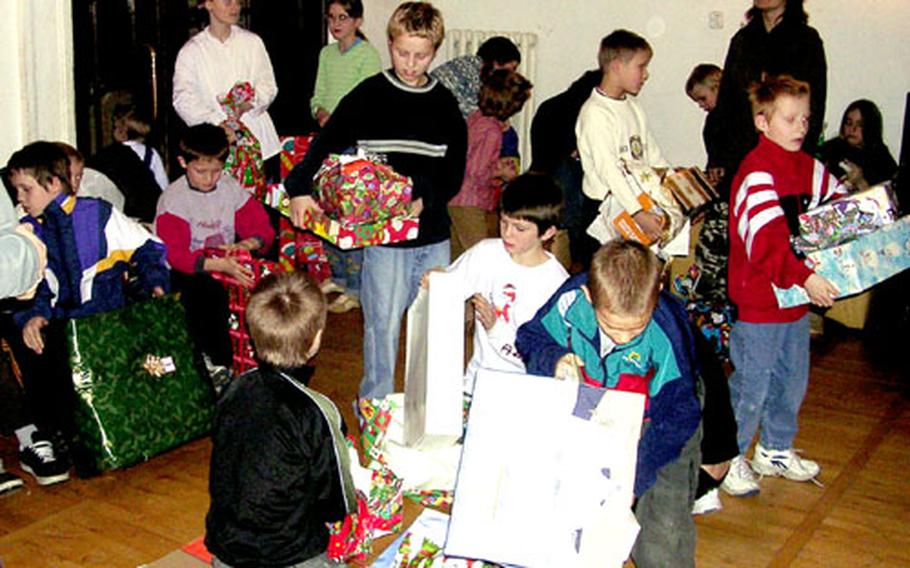 Polish children enjoys their presents after Michelle Czerw and her husband, Col. Russell Czerw, delivered a bundle of toys to the Dom Dziecka orphanage in Mosty, Poland. (Photo courtesy of Michelle Czerw)

Polish children enjoys their presents after Michelle Czerw and her husband, Col. Russell Czerw, delivered a bundle of toys to the Dom Dziecka orphanage in Mosty, Poland. (Photo courtesy of Michelle Czerw) 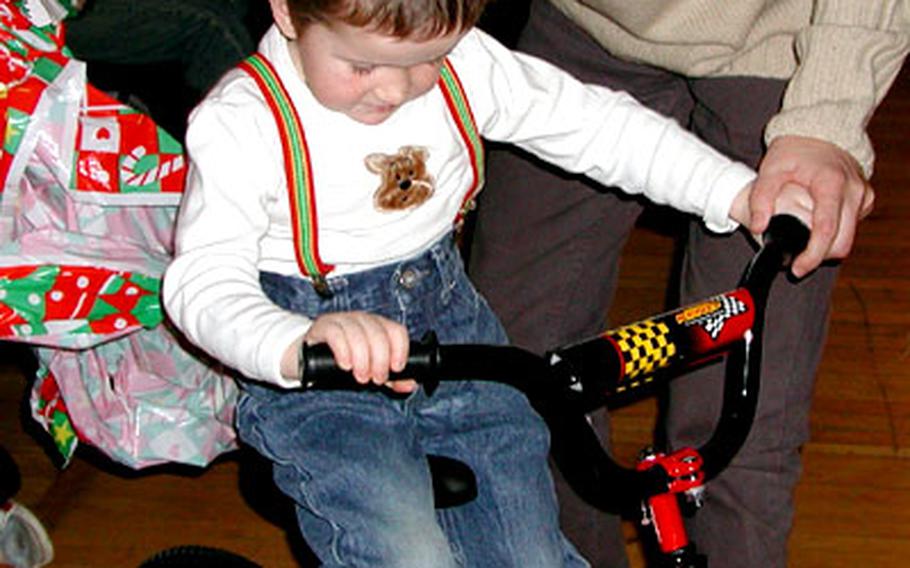 Like many military spouses, Michelle Czerw carried on with daily life while her husband was deployed. Part of that routine included a project that the Czerw family had initiated last year &#8212; a Christmas toy drive for 84 Polish orphans.

Michelle Czerw&#8217;s husband, Col. Russell Czerw, commander of the 93rd Medical Battalion in Heidelberg, has since returned from Iraq. And like last year, he made a nine-hour drive to deliver this year&#8217;s Christmas gifts to the children at the Dom Dziecka orphanage in Mosty, Poland.

Michelle Czerw had wondered if there were any people in need where her husband was deployed, and it turned out the Dom Dziecka orphanage was her answer. Other military members in various communities have put together similar toy drives.

Through e-mails from Swiadek-Skowronska, Michelle Czerw got the names of the orphans and what they wanted for Christmas.

A tree was put up outside of the 30th Medical Brigade offices where the names and wishes of each child were written on angel ornaments that passers-by could collect. Bikes, soccer shoes, balls and stuffed animals were just some of the gifts collected.

Setting out early on Dec. 13, the Czerws and their children, Danielle, 14, and Brandon, 9, made the delivery nine hours later.

&#8220;It was really touching to see them open the gifts and see the smiles on their faces when they received something they wanted,&#8221; Danielle said.

The children presented a program that included singing Christmas carols in Polish and English, reciting poems and presenting handmade gifts to the family.

With the Czerws scheduled to leave Heidelberg next summer, they hope that another family or organization will continue the project.

&#8220;Last year was the first year that they had ever received a gift that they had asked for specifically,&#8221; Michelle Czerw said. &#8220;It was just very heartwarming to be able to make their Christmas a little brighter again [this year].&#8221;