Town going up for Grafenwöhr 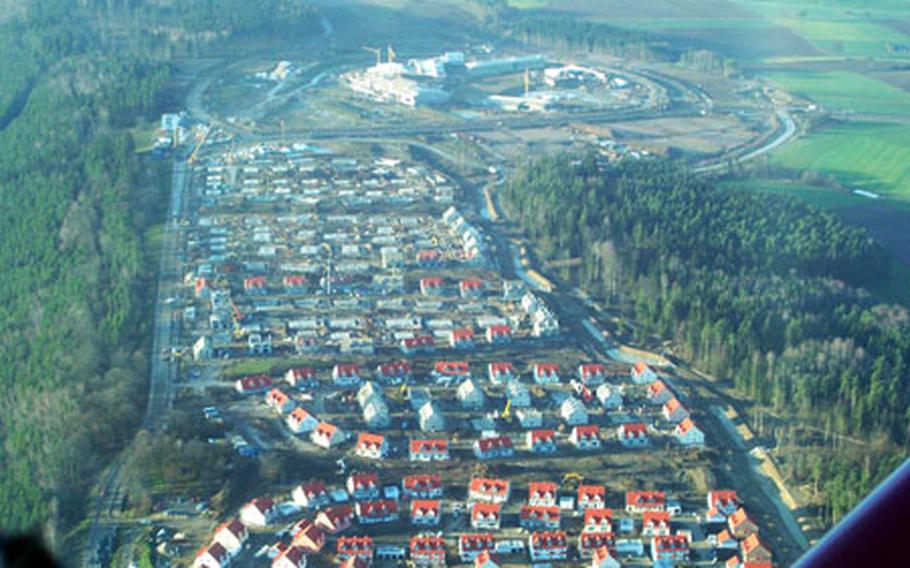 An aerial view of the Netzaberg housing area being built in Grafenwöhr, Germany. When it&#39;s finished, the project will consist of more than 800 homes. (Photo courtesy of U.S. Army)

An aerial view of the Netzaberg housing area being built in Grafenwöhr, Germany. When it&#39;s finished, the project will consist of more than 800 homes. (Photo courtesy of U.S. Army) 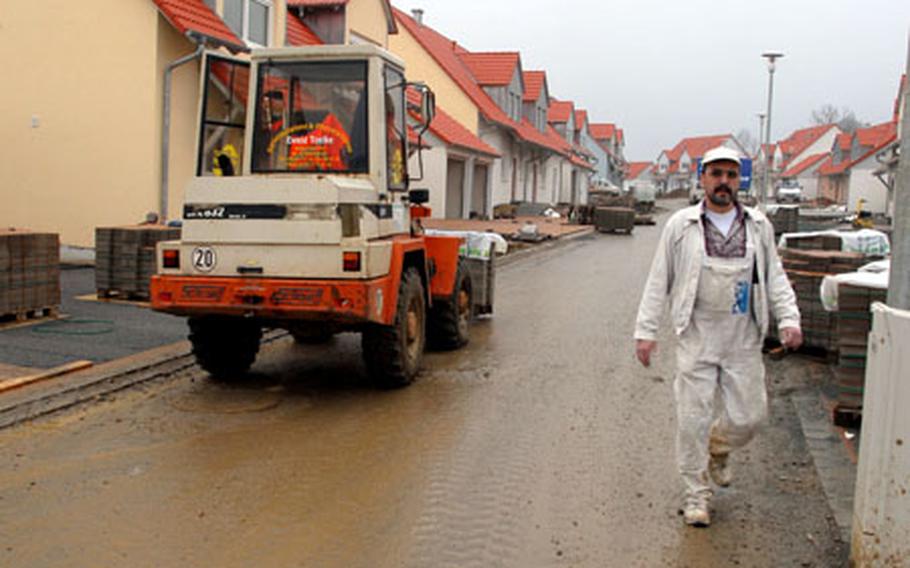 Work is progressing rapidly in an East neighborhood of Netzaberg, a new town for military families near Grafenwöhr, Germany. (Seth Robson / S&S) An artist&#39;s rendering of the "Virginia" home, the smallest of the homes being built at the Netzaberg housing area. (Courtesy of U.S. Army) An artist&#39;s rendering of the "California" home, the largest of the homes being built at the Netzaberg housing area. (Courtesy of U.S. Army)

GRAFENW&#214;HR, Germany &#8212; So many U.S. military family members will be moving into the Grafenw&#246;hr area in the next few years that the Army is building them their own town.

And while all the homes will have the same interiors, they won&#8217;t look the same from the outside.

Under German law, the houses at Netzaberg cannot all be the same design and that is desirable to avoid a &#8220;ghetto look,&#8221; he said.

U.S. Army Europe officials have yet to announce which military units will move to Grafenw&#246;hr this summer, but the community can expect 800 to 1,000 new troops each year for the next few years, according to Lt. Col. Elizabeth Hibner, a USAREUR spokeswoman.

A $1 billion construction project will see the Grafenw&#246;hr military community expand from a 1,000-soldier garrison with 2,000 military family members to a brigade-size community with 4,500 active-duty soldiers and 7,000 family members by 2008.

The houses are made of precast concrete and look similar to modern German homes off post.

According to Mahr, Netzaberg eventually will have 830 houses, with workers already completing 400 basements. Some 280 houses are in various stages of above-ground construction, he said.

The new town will include 12 neighborhoods. The first neighborhood to be completed, known as East 1, is the closest to the Grafenw&#246;hr training area and will be ready for its first inhabitants by May. Landscaping in the neighborhood is under way with plants expected to go in before spring, Mahr said.

Last Friday, workers toiled inside and outside the homes in East 1, installing kitchens, laying floors and marking out driveways.

Zapf technical project manager Friedrich Meyer said the lack of significant winter weather so far this year has helped the project race ahead.

&#8220;We have only had one week of construction stopped because of cold temperatures,&#8221; he said.

In addition, there have been no delays to internal construction and many houses are already gas heated, Meyer said.

Currently, there are about 350 workers on site each day, he said, with the work force expected to reach a maximum of 600 to 700 workers by May.