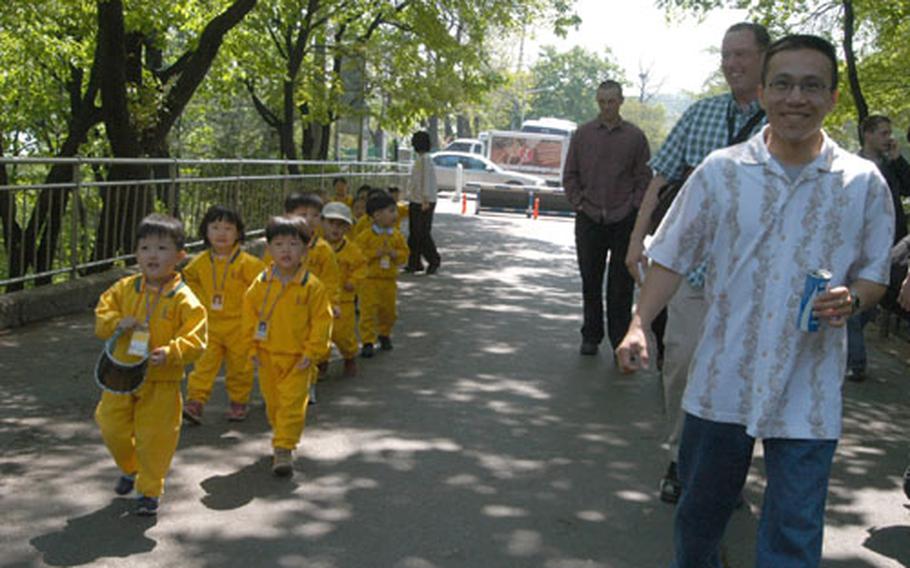 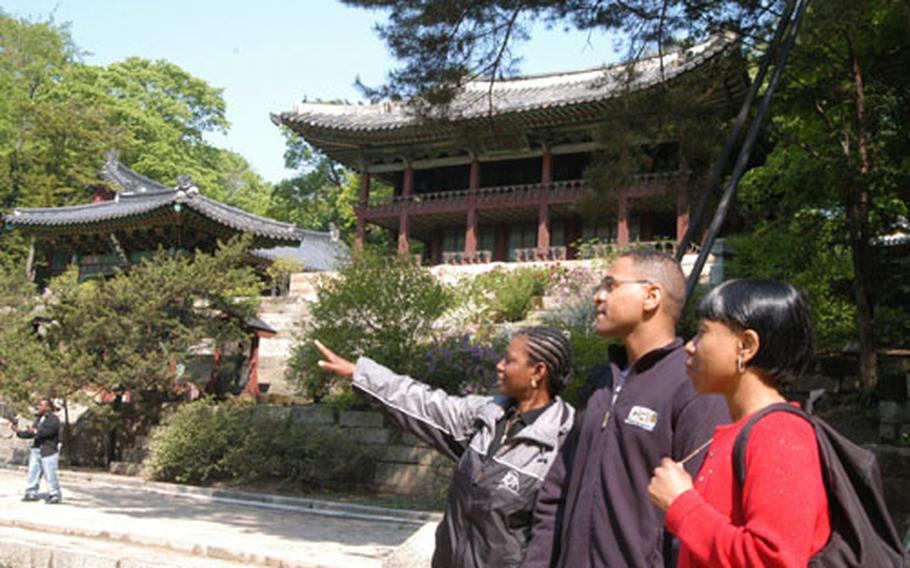 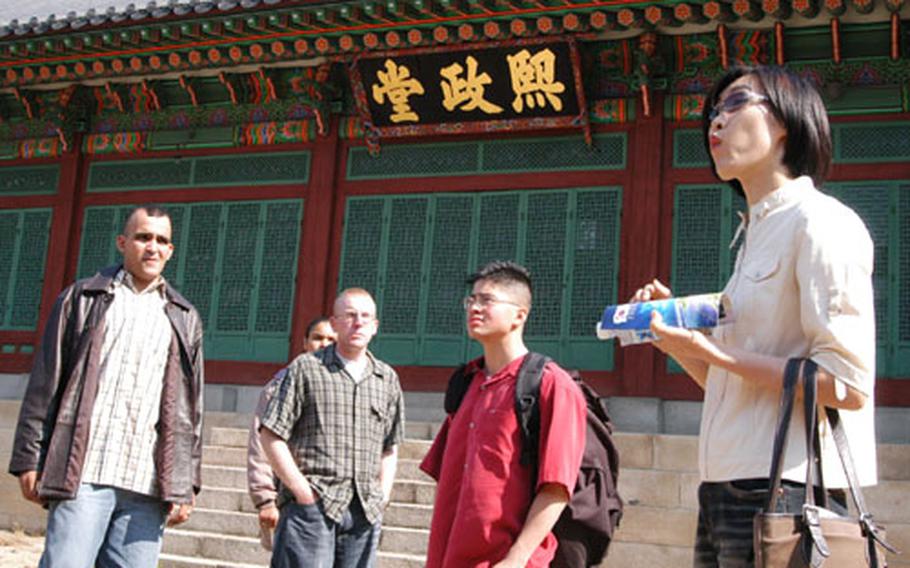 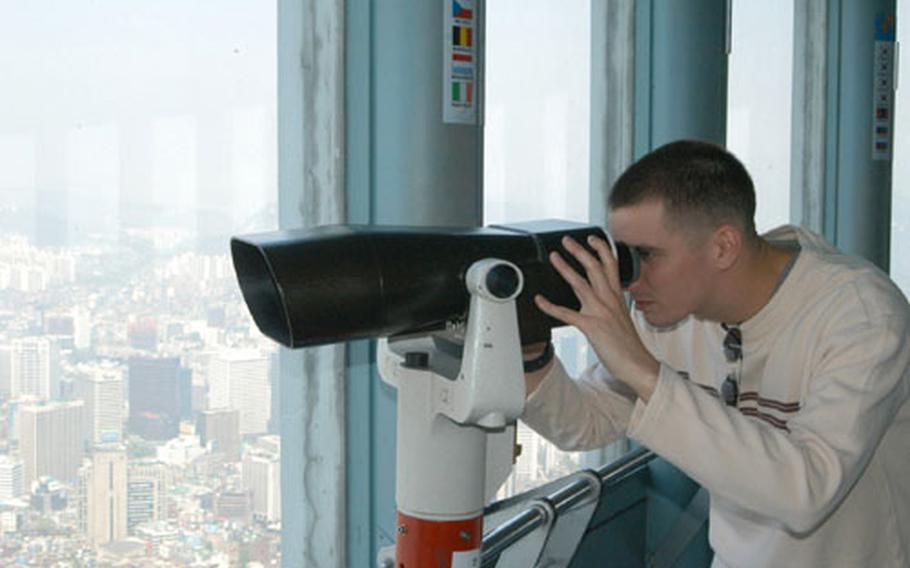 SEOUL &#8212; More than 300 U.S. servicemembers participated in a spring series of South Korean cultural tours that culminated in a visit to historical and tourist attractions in Seoul on Wednesday.

The tours were aimed at junior-ranking military personnel, especially soldiers new to South Korea or who are stationed outside Seoul. The Ministry has sponsored the tours since 1972 to promote South Korean-U.S. relations, the statement said.

Wednesday&#8217;s tour included a visit to Changdoekgung Palace in downtown Seoul by about 75 servicemembers serving all over South Korea.

South Korean guide Shin Young, who led a tour group around Changdoekgung Palace, told the U.S. personnel that the building, constructed in 1405, once was home to South Korea&#8217;s king.

&#8220;The king conducted his affairs here and the coronation was here,&#8221; she explained as participants gazed at the stunning oriental buildings and the complex&#8217;s large open courtyards.

The group walked along a stone pathway leading to the palace, walking between granite markers that looked like tombstones.

The queen&#8217;s quarters had some Chinese characters above the door that Shin translated as &#8220;big producing home,&#8221; meaning the queen was expected to bear many sons.

The architecture, especially the roofed paths between buildings, impressed Pfc. Christopher Huynh of 2ID&#8217;s 1-72nd Armored Regiment. &#8220;The king gives his soldiers shade. He cares about them,&#8221; he noted.

Ornamental ponds and sumptuous gardens, some off-limits because of the rare birds and 400-year-old trees growing there, surround the palaces.

Next to the house, a tall chimney was part of an under-floor heating system. A fire was lit on one side of the house and smoke flowed under the floor and up the chimney on the other side, keeping the people inside warm, Jo said.

After the palace tour, the servicemembers visited Seoul Tower, the Korean Folk Village and the Korean War Memorial Museum.

The Ministry of National Defense plans an autumn cultural tour series during September or October.