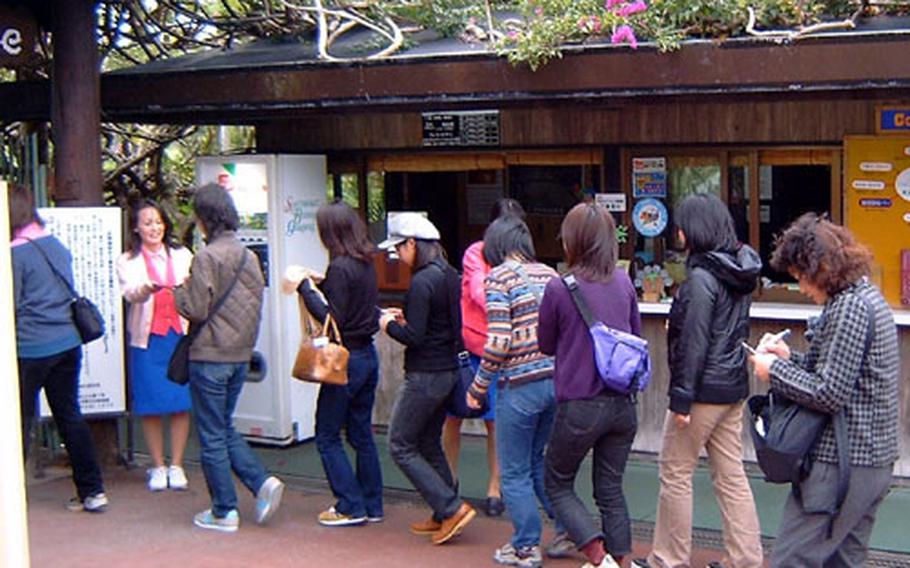 Nearly 5 million tourists visited the island in 2002, a record made possible with special $3.4 million advertising campaign aimed at reversing the worst slump in tourism since the island reverted to Japanese control 30 years ago.

Okinawa officials figured they lost $223 in tourism revenue during the first six months after the Sept. 11, 2001, terrorist attacks.

They were also cautious about vacationing on Okinawa, where U.S. military bases cover one-fifth of the island. During the usually busy holiday season, hotel reservations on Okinawa had dipped more than 20 percent. More than a half-million hotel rooms reservations were canceled.

In October 2001 alone, 200,000 students from the Japanese main islands canceled their school-sponsored tours of Okinawa.

The absence of any terrorist attacks on Okinawa, and the advertising campaign funded primarily by the national government, have brought the tourists back, said Okinawa Gov. Keiichi Inamine.

The governor, plainly pleased during his weekly news conference in Naha, said 4,834,500 tourists flocked to the island last year, surpassing the prefecture&#8217;s goal of 4.8 million and 400,00 more than the previous year.

&#8220;Owing much to efforts made by people on Okinawa and support from the national government to boost Okinawa&#8217;s tourism, we were able to exceed our goal,&#8221; he said.

&#8220;To achieve this, we will further expand our campaign in the mainland and overseas to further attract tourists to Okinawa,&#8221; he said. &#8220;Tourism has a ripple effect in a number of industries and greatly contributes to the prefecture&#8217;s economy.&#8221;

According to a prefectural report, tourism-related income accounted for 20.1 percent of the prefecture&#8217;s revenue in fiscal year 2001.

The greatest contributor to the economy was the 56.9 percent received in subsidies from Tokyo and the U.S. military, which provided about 7.8 percent of the island prefecture&#8217;s revenue, the report said.

In response to some critic&#8217;s claims that the robust tourist figures were inflated by persons taking advantage of discounted tour packages, Inamine said whatever brought in the numbers of people was a plus for the industry.

For three high school students from Tokyo, Okinawa already has a lot going for it. Yukiko Kono, Misako Kuramochi and Momo Tanabe, all 17, visited the Southeast Botanical Gardens Thursday during a school-sponsored, four-day package tour of the island.

The Okinawa Hotel Association said discounted tours offered by the airlines were a major factor in the tourism boom.

&#8220;What is happening now is that people who have been interested in visiting Okinawa are coming because many discount tours are available,&#8221; said Yoshinaga Oshiro, executive director of the Okinawa Hotel Association. &#8220;That&#8217;s why only Okinawa&#8217;s tourism is increasing while destinations in the rest of Japan are losing many tourists,&#8221; he said.

However, a lot of the money fails to find its way to Okinawa. Most of the package tours are arranged by the major airlines from mainland Japan.

&#8220;Discount tours provided by major airlines do not bring much profit to local hotels and local economy,&#8221; Oshiro said.