Tour takes troops behind the scenes of sumo Capt. Karen Riddle gets a chance to pose for a photo with sumo wrestlers after their practice at the Musashigawa Sumo Stable in Tokyo Saturday. (Jim Schulz / S&S)

Capt. Karen Riddle gets a chance to pose for a photo with sumo wrestlers after their practice at the Musashigawa Sumo Stable in Tokyo Saturday. (Jim Schulz / S&S) 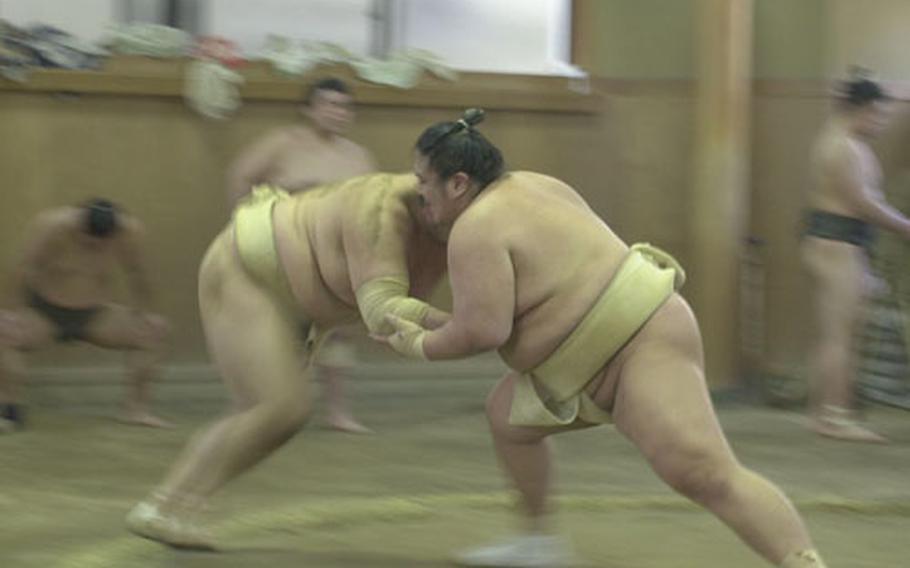 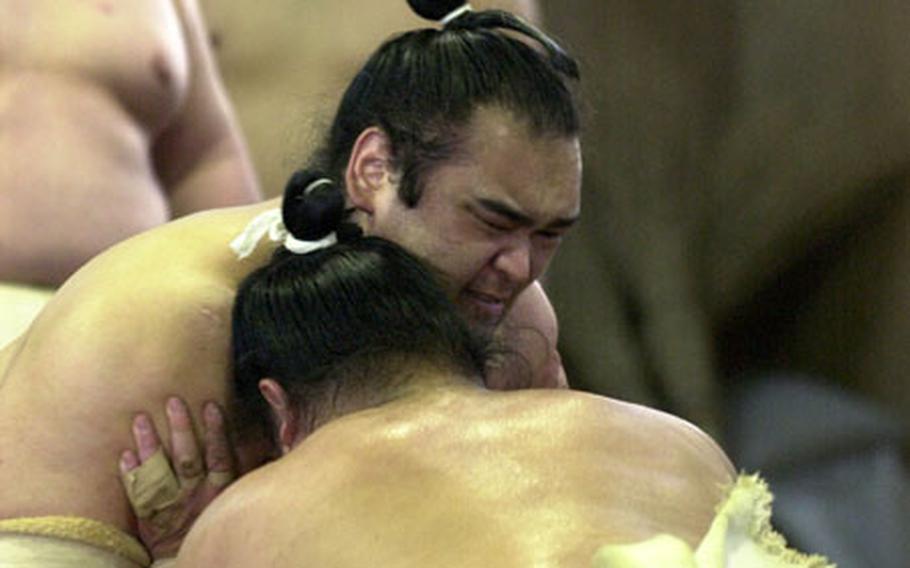 Sumo wrestlers practice their wrestling skills at Musashigawa Sumo Stable while giving service members and their families a seldom seen side of the sport. (Jim Schulz / S&S)

TOKYO &#8212; More than a dozen servicemembers and their families got a firsthand look at the life of sumo wrestlers on Saturday.

As part of a trip sponsored by Camp Zama&#8217;s Local Tours, the group visited the Musashigawa stable in Tokyo and watched more than 20 sumo wrestlers go through their practice regimen.

In practice bouts, a huge slap echoed throughout the stable as the wrestlers continually slammed into each other, struggling for an advantage.

The visitors caught part of their daily workout, which usually begins at 5:30 a.m. The older wrestlers act as mentors and trainers for the stable&#8217;s younger and lower-ranked members. They shove each other across the ring and lock up in practice matches.

&#8220;It is a way of life for them,&#8221; said Capt. Karen Riddle, adding that she was amazed to see the amount of effort, structure and discipline it takes to be competitive in the sport.

Maj. Craig Reistad, a reservist at Zama, noticed that a younger wrestler was struggling against a veteran during a practice bout, but he wouldn&#8217;t stop battling until the older competitor was pleased with his effort. &#8220;You get to see something different from a match,&#8221; said Reistad.

The tour to the practice facility is only offered twice a year because of the wrestlers&#8217; tournament schedule.

The wrestlers require a quiet environment during their workouts, so no drinking and eating are allowed in the stable and the tour is only offered to adults. The guide explained the sports&#8217; nuances and provided an information booklet to visitors on how the sumo world operates.

Musashigawa stable allows spectators to view practices in an effort to elevate sumo&#8217;s popularity and spread the culture to foreigners. Others prohibit visitors.

The stable has produced famous wrestlers such as Musashimaru, the former Hawaiian yokozuna, or grand champion, and Musouyama, an active ozeki, which is the second-highest rank in sumo.

&#8220;Musashigawa stable has most depth, and popular wrestlers belong there. They are also hospitable to our visit,&#8221; said Hiroshi Saito, the tour guide.