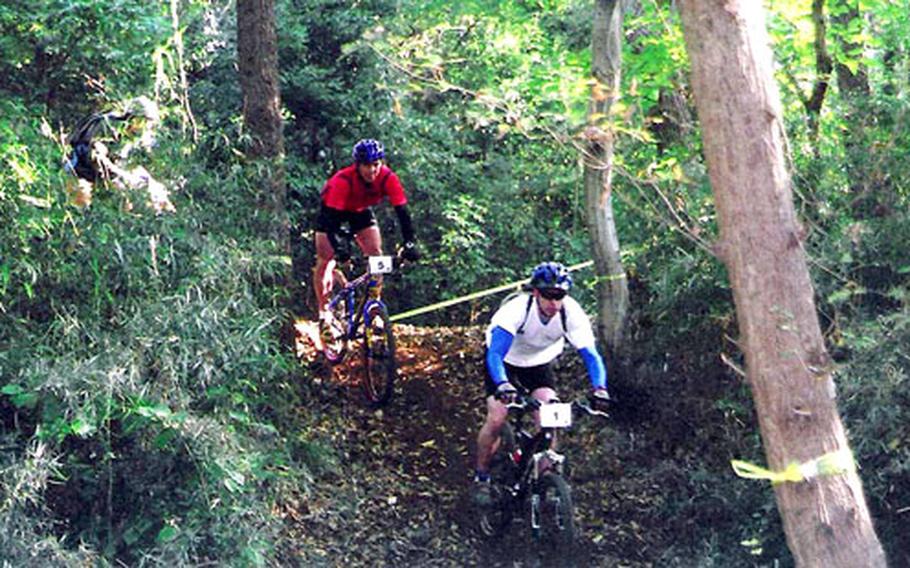 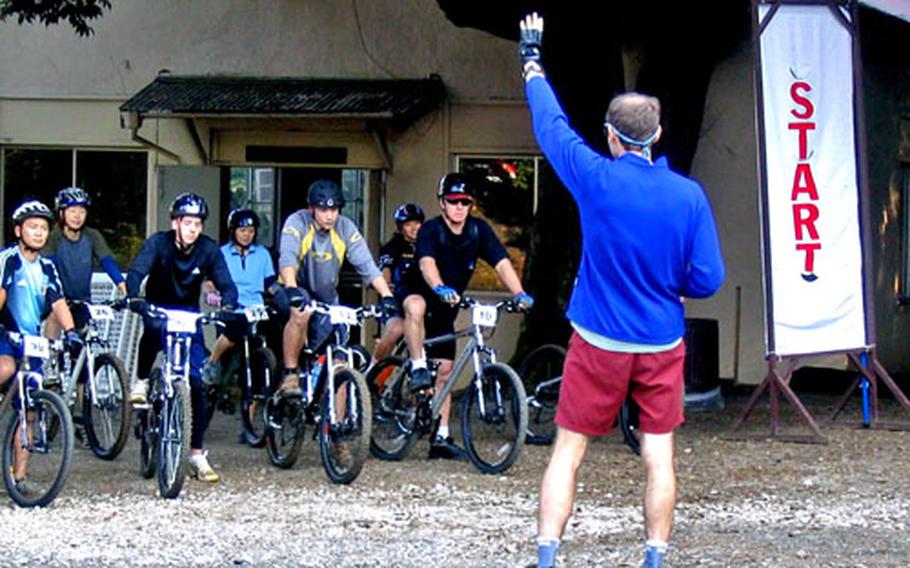 TAMA HILLS RECREATION CENTER, Japan &#8212; It was a beautiful day for a bicycle ride. At least until the terrain took over.

Each year the course is modified to give riders something new. The two new features this time: a double drop at the beginning and an uphill portion later. The area&#8217;s soft ground traditionally makes the trek rather difficult, though Heinrichs designed it so riders mostly climbed on asphalt and gravel while negotiating dirt on downhill runs.

Expert riders had to lap the course four times; all others circled it twice.

The Tour de Tama began in 1997 and is staged in both the spring and fall. A $25 entry fee includes a T-shirt, door prizes and steak lunch after the race.

After a morning practice run, Turner said, she realized she was in for a challenge: &#8220;Some of the hills going down were scary. There were a lot of places going up where you had to walk. &#8230; Not even the experts could ride. It was more like running your bike up the hill. They had stairs built into the mud. No way.&#8221;

Some inclines were more treacherous than others. Just ask Capt. Tad Woolfe, another C-21 pilot with the 459th Airlift Squadron, who took three minor tumbles during the Men&#8217;s Open race and crossed the finish line with muddy elbows and knees.