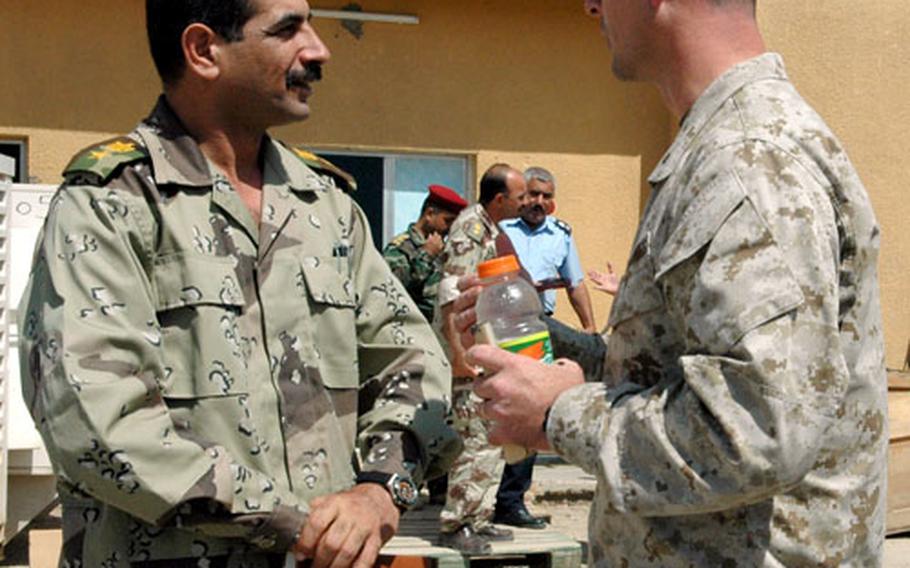 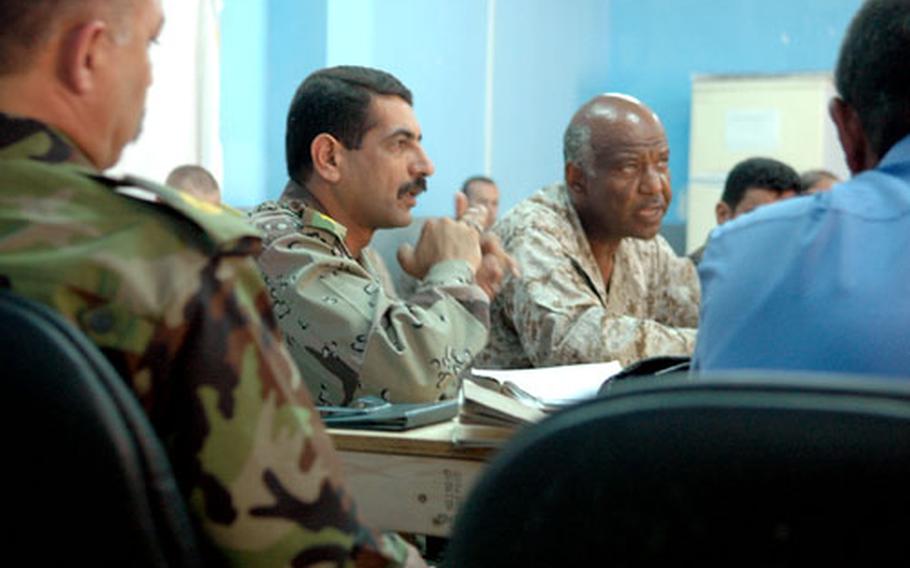 HABBANIYAH, Iraq &#8212; American and Iraqi forces in western Iraq know that time is ticking toward a transition, so imagine the frustration on a day in March when both sides found they were operating on two different clocks.

The U.S. Marines had sprung ahead an hour for daylight-saving time, only to leave the 3rd Battalion, 3rd Brigade of the 1st Iraqi Army Division behind.

By the end of that day, Iraq&#8217;s military decided to dial ahead an hour, too. It was a fairly painless fix in the constant maneuvering needed to build a collection of sheep herders, college students and former members of the Republican Guard into a new, independent force.

That battleground is the work of military transitions teams, called MITTS, small collections of officers and senior enlisted assigned to advise and mentor Iraqi units throughout the country.

Officers like Amdahl and Brand have worked on transition teams for years. In the beginning, the Iraqi and U.S. teams lived on separate, adjoining bases while the Americans planned operations and helped the local forces build chow halls and develop security plans.

Now, the U.S. teams in Habbaniyah live on Iraqi bases. The Iraqis manage base security, run operations, drive their own Humvees that wave Iraqi flags. Some bases are surrounded by wire fence and concertina spirals. The Iraqis stand watch on towers.

The Marines live in small corners of bases that sometimes have no U.S. dining hall, no store. The teams of 20 Marines build their own weight rooms and Internet cafes. They generally eat one meal a day with the Iraqis.

While they work to build trust and confidence among the Iraqis, they also are getting to know each other. The two teams in Habbaniyah were cobbled together from various Marine bases.

Some found out abruptly last summer they would be living in Anbar province for a year. Dudgeon learned of his deployment by checking his BlackBerry on a family vacation.

The team met on Sept. 11 of last year, the first day of their three-month training session. They got weekends off, but some lived too far away to travel home. They spent one week learning Arabic phrases. They started their assignment in January.

Not everyone has enough patience or enough luck to last as a member. Dudgeon&#8217;s group had to fire a Navy corpsman from the job once in Iraq. Other members they have lost to wounds.

Petty Officer 1st Class Aaron Baltosser replaced the corpsman. He helps the Iraqis manage health care for a 30-mile radius in the area. The Iraqi base has become the town&#8217;s emergency room, with problems ranging from shrapnel to chronic illness.

Perhaps most important, Baltosser is teaching health-care providers in town to help themselves.

When a patient comes in with a special need, Baltosser directs them to the Internet. He tells them to find a hospital that can treat the patient, a doctor willing to do it for free, the proper visa applications needed to travel outside of Iraq. That&#8217;s what they&#8217;ll have to do when the U.S. military is gone, Baltosser says.

Despite the frustrations, the team members here say they feel lucky for the experience. They&#8217;ve seen violence in the area drop significantly, and they give credit to the Iraqi soldiers.

Dudgeon wasn&#8217;t quite as optimistic, but he still holds out hope.