Tops in Blue soars at Eagle Base In only 90 minutes this year&#39;s Tops In Blue went through five decades of music and songs performed to celebrate its 50th anniversary. (Ivana Avramovic / S&S)

In only 90 minutes this year&#39;s Tops In Blue went through five decades of music and songs performed to celebrate its 50th anniversary. (Ivana Avramovic / S&S) 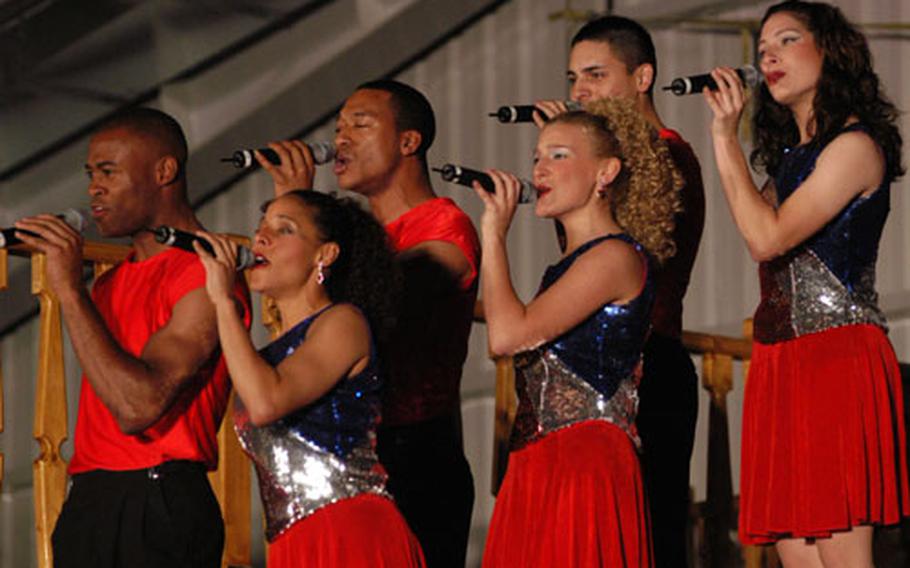 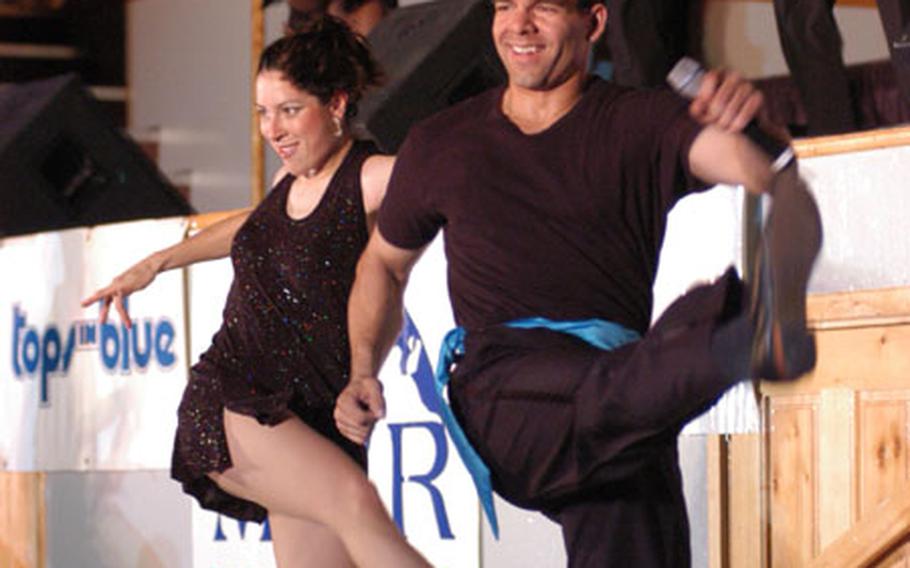 Tops in Blue offered some Latino tunes of Ricky Martin during their performance at Eagle Base, Bosnia and Herzegovina on Sunday evening. (Ivana Avramovic / S&S)

EAGLE BASE, Bosnia and Herzegovina &#8212; From swing to country to pop, the Air Force&#8217;s Tops in Blue troupe rocked Eagle Base on Sunday night during a 90-minute performance.

All the songs have been performed by the previous Tops in Blue casts.

&#8220;We&#8217;re trying to revisit the history and give credit to everybody who&#8217;s been through the show before,&#8221; said Tops in Blue member Senior Airman Takeesha Washington-Nash.

Tops in Blue members normally performs to Air Force audiences, but they occasionally get to sing for Army crowds, such as the shows at Eagle Base in Bosnia and at Camp Bondsteel in Kosovo.

Fewer than six airmen are deployed to Eagle Base, so most of the crowd was active-duty soldiers, reservists and guardsmen.

The troupe&#8217;s flight into Eagle Base was late, which may have been the reason for many empty seats at Peacekeeper Hall. Only about 100 soldiers showed up for the show, but it didn&#8217;t seem to bother the cast members.

Washington-Nash said she wanted to join Tops in Blue since the first time she saw the show in 1999. It took three attempts to make it.

The fast pace and long hours are worth the opportunity to entertain, she said.

For Munstenteiger, a member of the Minnesota National Guard, the show provided a 90-minute break from peacekeeping.

She only had one thing to say to those that did not see it.