Top US commander in S. Korea criticizes response to security breach at major base 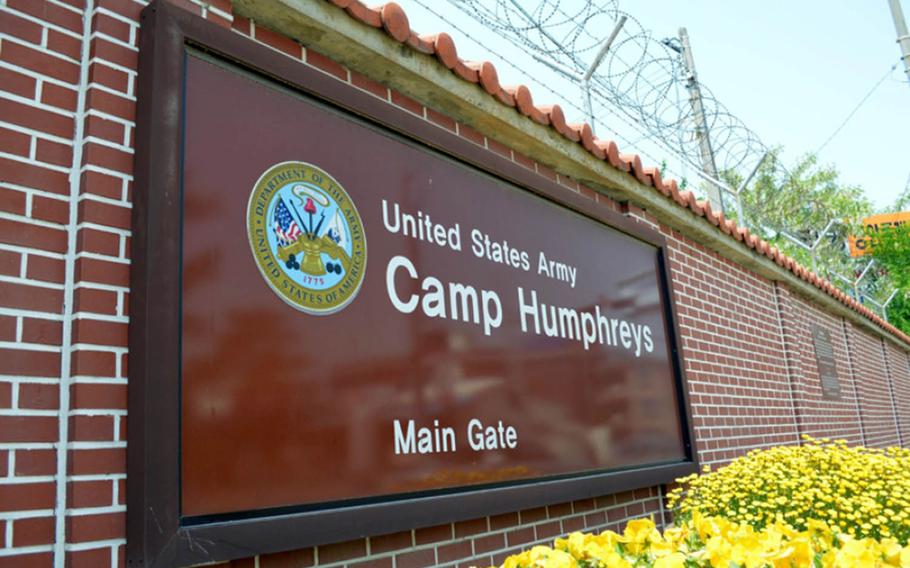 SEOUL, South Korea — The top U.S. commander in South Korea criticized the response to a breach of a gate at Camp Humphreys after a South Korean man managed to gain unauthorized entry to the base three times.

The man drove through the main gate at the sprawling base south of Seoul at 4:20 a.m. Saturday but was detained by military police about 10 minutes later and handed over to South Korean officers.

Public affairs officials initially didn’t mention that it had happened before. However, U.S. Forces Korea put out a statement Tuesday saying the man had breached security for the third time in a matter of days but “was successfully interdicted each time by Camp Humphreys authorities without incident or injury.”

Gen. Vincent Brooks expressed concern about how the intrusions had been handled and called for vigilance about force protection on U.S. installations peninsula-wide.

“I am disappointed this individual wasn’t dealt with better after the initial incident or even his second attempt to breach security,” Brooks said in the statement. “We will work with local leadership adjacent to all of our bases — to include those in Pyeongtaek near Camp Humphreys — to ensure these types of dangerous situations don’t occur at our various installations.”

USFK noted such breaches “have the potential to endanger the safety of those who live and work on base, as well as those in the surrounding community.”

U.S. military personnel and South Korean authorities were still investigating the incidents, it said. No gunshots were fired and no injuries were reported, military officials said.

8th Army spokeswoman Christina Wright said earlier that a bar that drops in front of vehicles suffered minor damage from the incident.

The breaches did not appear to have been publicly announced.

Two local police officials, who agreed to discuss the case on condition of anonymity, said the suspect was known to suffer from mental illness and frequently stood outside the base.

Gates at Humphreys and most other U.S. installations on the divided peninsula are staffed by civilian security guards who work for a private contractor.

The intrusion happened as tensions are high over North Korea’s nuclear weapons program.

A newly expanded Camp Humphreys, about 40 miles south of Seoul, is home to 8th Army headquarters and will eventually house the bulk of USFK after a much-delayed project to relocate them from Seoul and other bases near the border with North Korea.

The United States has about 28,500 servicemembers along with family members and civilian contractors based in South Korea, which remains technically at war with the North after the 1950-53 conflict ended in an armistice instead of a peace treaty.

In 2015, Yokota Air Base in Japan was locked down for nearly four hours after a man with a suspicious package gained unauthorized access to the base before he was arrested.