Top US commander in Europe meets with Ukraine troops, officials amid Russia tensions 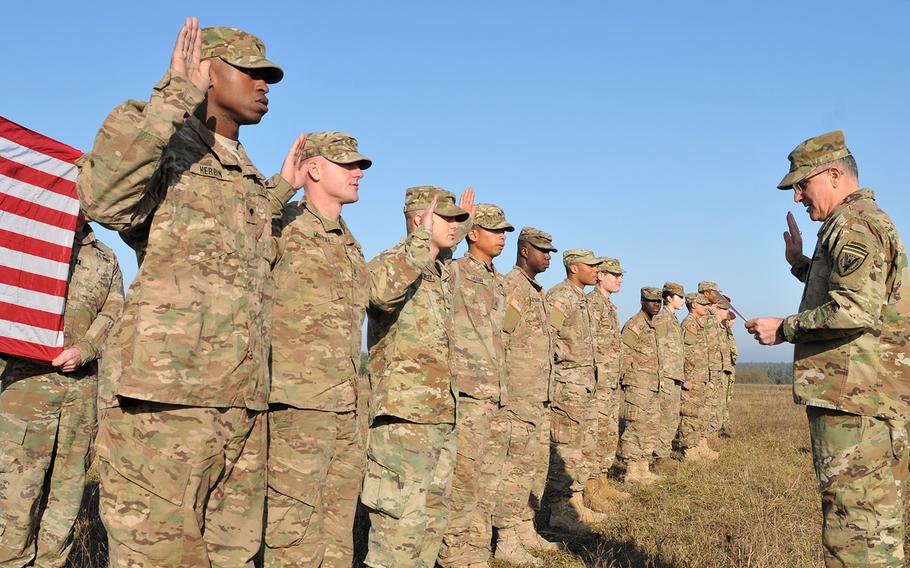 Army Gen. Curtis M. Scaparrotti, commander of U.S. European Command, met with Ukrainian Minister of Defense Stepan Poltorak and Chief of the General Staff Viktor Muzhenko during the span of two days, a news release stated. They met to discuss security cooperation, military reform and ways to improve relationships between the two nations, the release stated.

Scaparrotti also visited troops involved in ongoing combat operations against Russian troops and their proxy forces, the release stated, as the conflict simmers. The war began in spring 2014 after political upheaval in Ukraine led to separatist groups battling for territory in the Donbass region bordering Russia.

Ukrainian troops have engaged in bloody campaigns against Russian-backed forces since April 2014. In some cases, the battles are reminiscent of World War I trench warfare and artillery barrages mixed with modern battlefield fixtures such as drones and GPS-aided mortar positions. More than 2,400 Ukrainian troops have been killed in the conflict.

The visit is Scaparrotti’s second in a month, following his outing at Joint Military Training Group-Ukraine, where approximately 350 U.S. troops conduct training with Ukrainian counterparts.

About 130 aged U.S.-supplied Humvees have been sent to Ukraine, Victoria Nuland, U.S. assistant secretary of state for European and Eurasian affairs, told Congress in March. The vehicles arrived in poor condition and were used infrequently by Ukrainian special operations troops known as Spetsnaz, The Washington Post reported last year.

Tensions between Russia and the United States have increased since Russian forces annexed Crimea and backed the insurgency in Ukraine with proxy forces, and in some cases deploying Russian troops to fight.

In response, the Pentagon has significantly increased the presence of troops and warfighting equipment in Europe to counter Russian aggression, with $3.4 billion allocated this fiscal year for the ongoing European Reassurance Initiative — tripling last year’s budget.

The 3rd Armored Brigade Combat Team of the 4th Infantry Division, based at Fort Carson in Colorado, is deploying its 4,000 soldiers to take up positions across Europe as part of Operation Atlantic Resolve as the first brigade of a plan to continuously rotate units through Europe. The unit will gather at a German port to disperse its vehicles and equipment next month.

One battalion stocked with M1 Abrams tanks will cover the Baltic region of Estonia and Latvia, while another will operate in Germany. A mechanized infantry battalion with M2 Bradley troop carriers and M1 Abrams tanks will have a foothold in the Romanian and Bulgarian region, Stars and Stripes reported in November.

3rd Brigade’s headquarters will remain in Poland, along with an armored cavalry unit and a field artillery battalion wielding self-propelled M109 Paladin howitzers.

The 10th Combat Aviation Brigade, based at Fort Drum in New York, will deploy 1,750 soldiers in March to forward-based locations in Latvia, Romania and Poland.

European allies have identified the need of more aviation assets in the region to counter Russian air power and augment infantry and armor capabilities, Stars and Stripes reported in November.