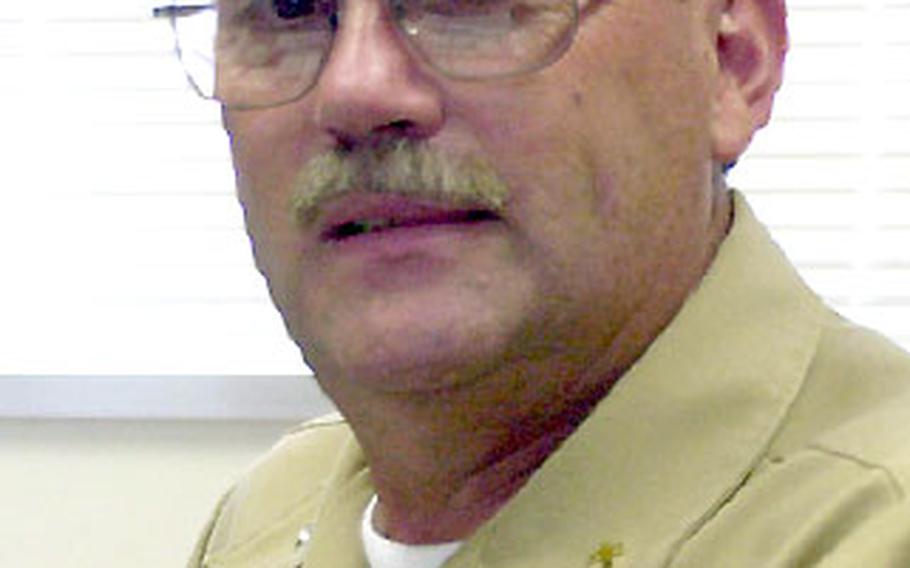 SASEBO NAVAL BASE, Japan &#8212; The new command chaplain here wants to increase the involvement of sea-duty sailors in the base&#8217;s chapel community.

He also wants to establish an onboard presence with the crews of the seven ships that operate from Sasebo.

&#8220;I&#8217;ve already taken that to heart, and in time, I will put my actions where my words are. Getting them involved in the chapel community is very high on my priority list.&#8221;

He also wants to revitalize the Religious Ministries Department programs, saying he&#8217;s already heard from many people desiring to be involved in various programs. In the near future, Ranard plans to tap into that enthusiasm.

One measure he&#8217;ll offer ship chaplains, Ranard said, is a break from service after service.

Ranard started serving as a pastor when he was a junior and senior in high school, and he hasn&#8217;t stopped.

&#8220;I really want to be a pastor, and a mentor, to the chaplains that are here, and RPs, too,&#8221; he said, referring to the enlisted sailors serving as religious program specialists.

After graduating from high school in 1969 in Bloomington, Ind. &#8212; where he met his wife &#8212; he attended Franklin College in Franklin, Ind., graduating in 1973 with a liberal arts degree in philosophy.

Ranard became a Navy chaplain in October 1985 before earning a master&#8217;s degree from Duke University in pastoral care and counseling.

He comes to Sasebo from Marine Corps Base Camp Lejeune in North Carolina, where he served as a regimental chaplain.