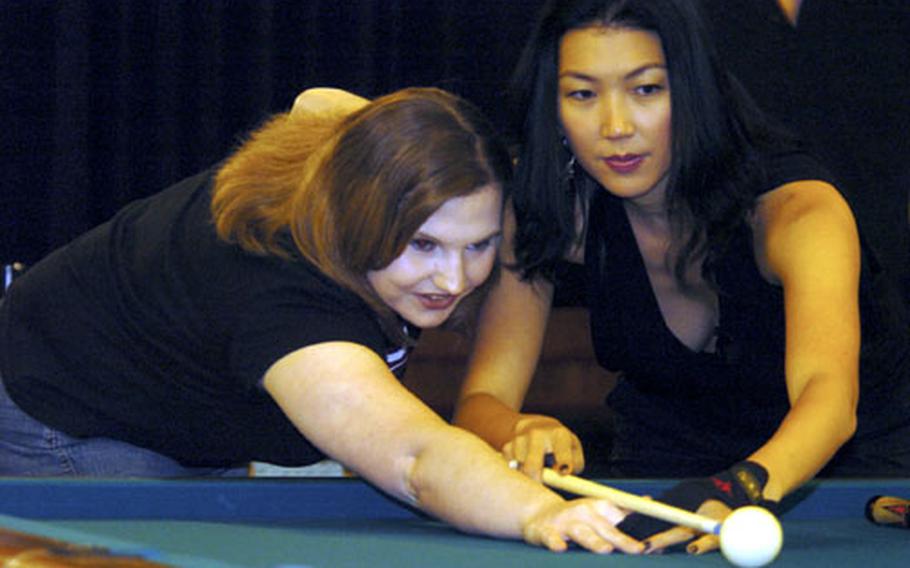 Professional pool player Jeanette Lee instructs Michelle Mcgrath and other servicemembers and civilians on how to shoot pool at the Enlisted Club on Yokota Air Base, Japan, on Saturday. (Christopher B. Stoltz / S&S)

Professional pool player Jeanette Lee instructs Michelle Mcgrath and other servicemembers and civilians on how to shoot pool at the Enlisted Club on Yokota Air Base, Japan, on Saturday. (Christopher B. Stoltz / S&S) 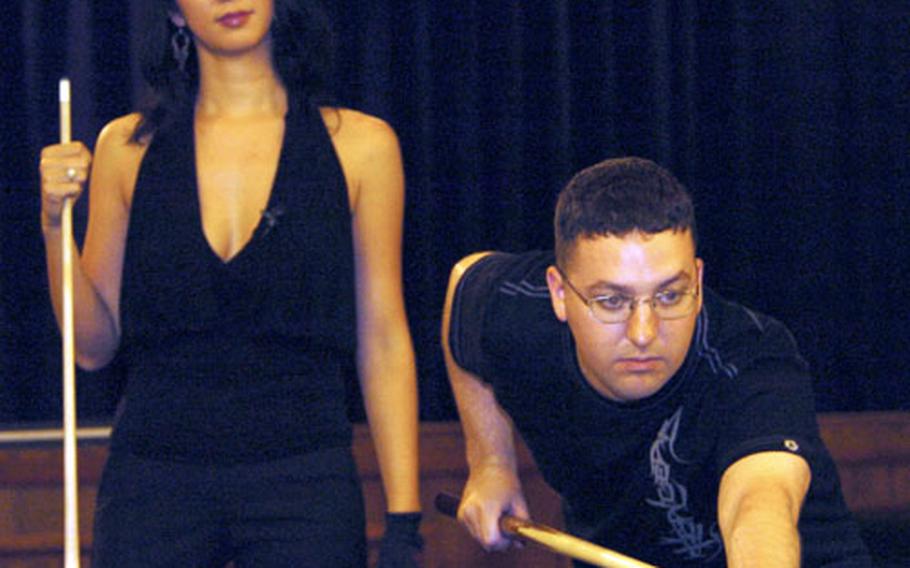 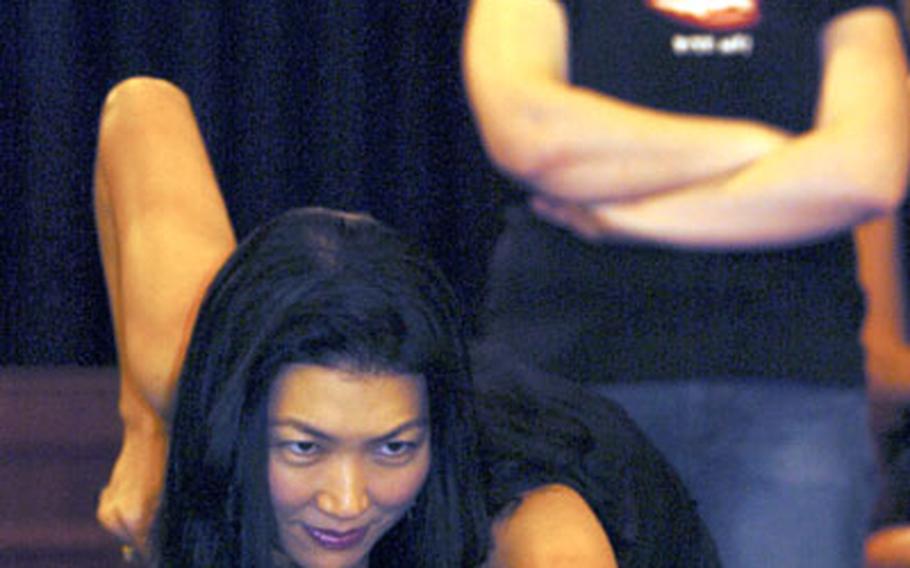 YOKOTA AIR BASE, Japan &#8212; The Black Widow turned up Saturday night at the Yokota Enlisted Club.

Jeanette Lee, the former top-ranked women&#8217;s pool player who remains one of the biggest stars on the Women&#8217;s Professional Billiard Association tour, made an appearance in the ballroom to visit troops, show off her bag of trick shots and compete against community members. She also brought along plenty of charm, bantering with the crowd, posing for photos and signing autographs.

A friend gave Lee her famous nickname years ago in an old pool hall, noting how her sweet demeanor suddenly changed whenever she got on the table and devoured opponents. She also wears only black during tournaments.

The Black Widow was diagnosed with scoliosis at 13 and doctors implanted a steel rod in her spine, which she still has today. She&#8217;s had nine surgeries to correct back, spinal, shoulder and neck problems.

On Saturday, she started off with a spectacular variety of trick shots and jumps, bouncing the cue ball over pool sticks and wooden racks to find the pocket. She also performed an instructional routine, exhibiting the sport&#8217;s proper mechanics.

About a dozen local players signed up in advance for an opportunity to face The Black Widow on the table.

One by one, they stepped up, only to be dispatched quickly in 9-ball matchups &#8212; usually after getting only one chance with the pool stick.

Airman Brandon Newman of the 374th Logistics Readiness Squadron was the first to get more than one turn, even though he too fell victim.

Still, Lee almost got more than she bargained for when she went up against J.B. LaRoche, the Yokota Enlisted Club&#8217;s bingo manager. After breaking, he went on an impressive six-ball run, with a decent shot at the win.

The ploy worked. He missed and she went on to finish it out.

LaRoche took it in jest.

Lee packed Misawa Air Base&#8217;s Tohoku Enlisted Club on Friday night and was scheduled to be at Camp Zama&#8217;s community club on Sunday as part of her Japan tour, sponsored by Armed Forces Entertainment.