Top Marine in Japan: If tasked, we could retake the Senkakus from China 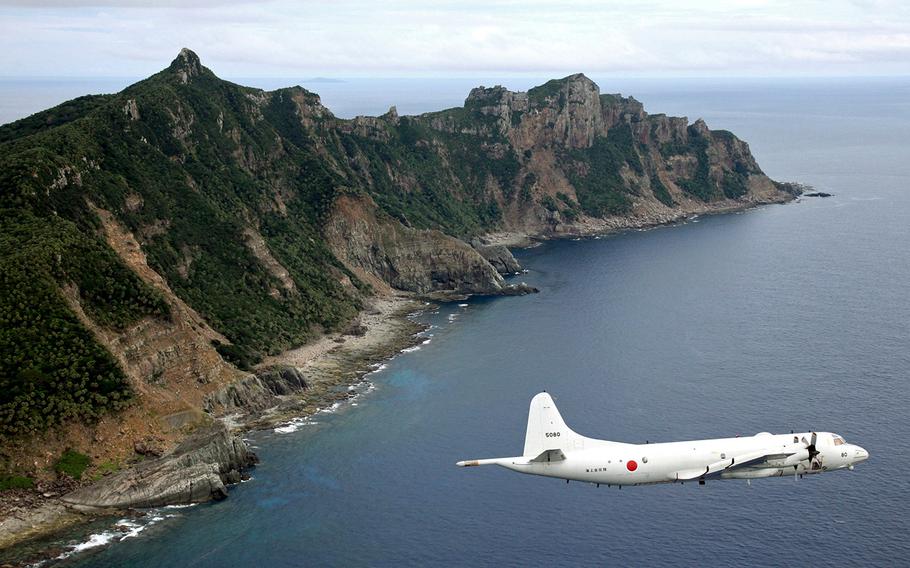 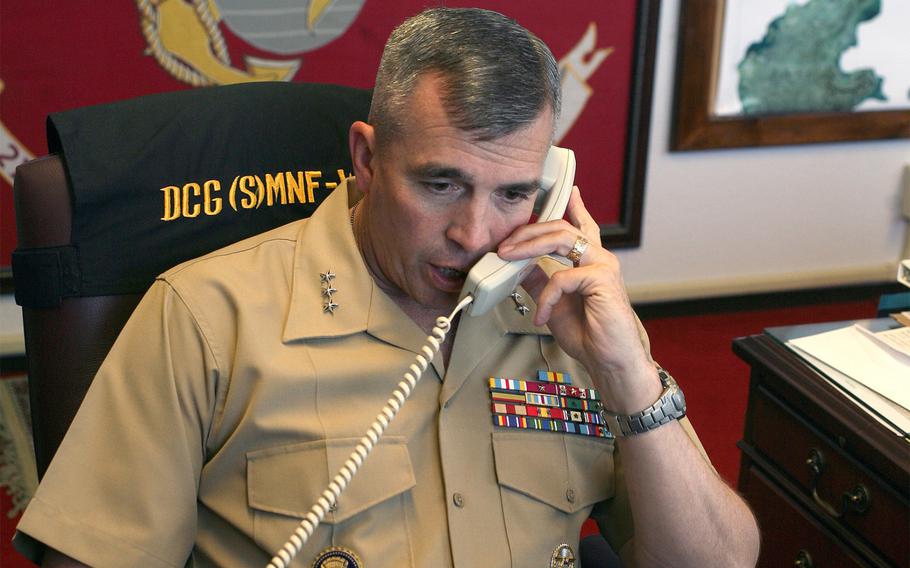 WASHINGTON — If the Chinese invaded the Senkaku Islands, U.S. Marines in the Pacific could recapture them, the commander of Marines in Japan said Friday.

The Senkakus have been administered by Japan for decades, but China now claims sovereignty over them. Amid other heated territorial disputes with its neighbors, China has deployed naval assets near the Senkakus in recent months.

During his recent trip to Asia, Secretary of Defense Chuck Hagel reiterated the U.S. position that the Senkakus fall under the scope of the U.S. defense treaty with Japan, and the U.S. would be obliged to come to the aid of its Japanese ally if the islands were attacked by a foreign power.

Hagel’s comments came after Adm. Samuel Locklear III, the commander of all U.S. forces in the Pacific, told lawmakers last month that the Navy and Marines don’t have enough transportation assets in the region to carry out amphibious operations in a contested environment.

“If we were directed to take the Senkakus, could we? Yes. [But] to tell you how it would take place or would it take place or any of that would be pure speculation,” Lt. Gen. John Wissler, the commander of the III Marine Expeditionary Force based in Japan, said at a breakfast with defense reporters in Washington.

“They’re not real big,” he said. “I think sometimes people get this idea that the Senkakus look like the island of Okinawa or, you know, any of the other major islands. It’s a very, very small collection of small islands.”

Wissler suggested that U.S. naval and air assets could take out the Chinese forces on their own, and a forcible entry probably wouldn’t be required.

“You wouldn’t maybe even necessarily have to put somebody on that island until you had eliminated the threat, so to speak. And that’s where that whole integration of our full capabilities as a Navy-Marine Corps team would be of value,” he said.

Wissler, however, expressed concerns about the Army’s desire to contribute to the joint force in the Pacific by putting its attack helicopters on flat-deck ships. He said he isn’t opposed to the idea in principle, but he’s worried that the Army’s use of the ships will impinge upon the Marines.

“We, the Marine Corps, have no shortfall of capability of sea-based aviation,” he said. “[But] I’ve never been anywhere [in a combat area] where I’ve said, ‘[expletive], there’s too many guys here. I wish some of our capability would go away.’ So if the Army has a capability to bring in an amphibious environment, a capability that we need as a joint warfighting team, good on ’em. I just think there’s challenges to it … There aren’t enough amphibious ships for us to train to our mission right now. So how you jam a bunch of other guys on that platform is going to be [an issue that needs to be addressed]. We’ve got Marines who don’t get sufficient amphibious training, [and] we have a very big challenge for those [Marine aviation] units to get sufficient what we call deck-landing qualifications.”

He said the Army should also have concerns about the potential maintenance and readiness consequences of deploying its aviation assets at sea.