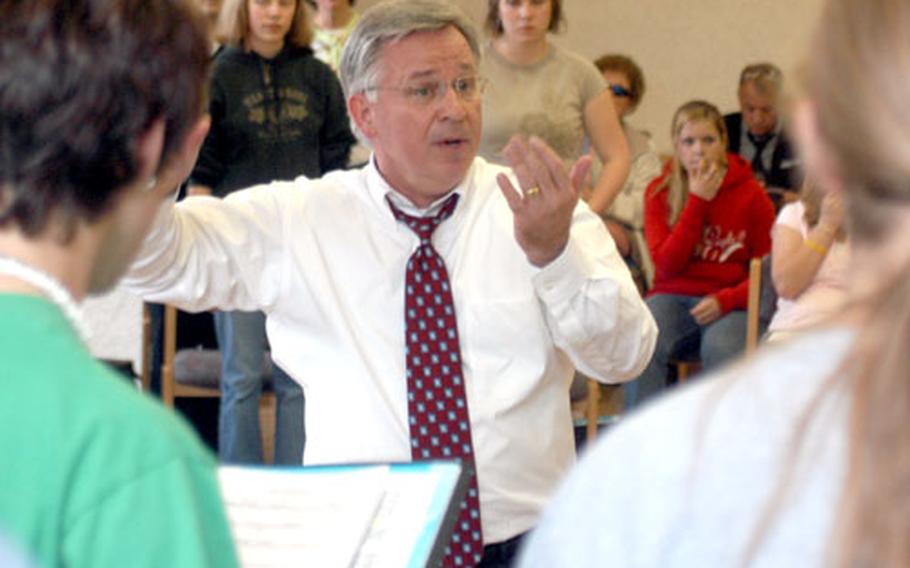 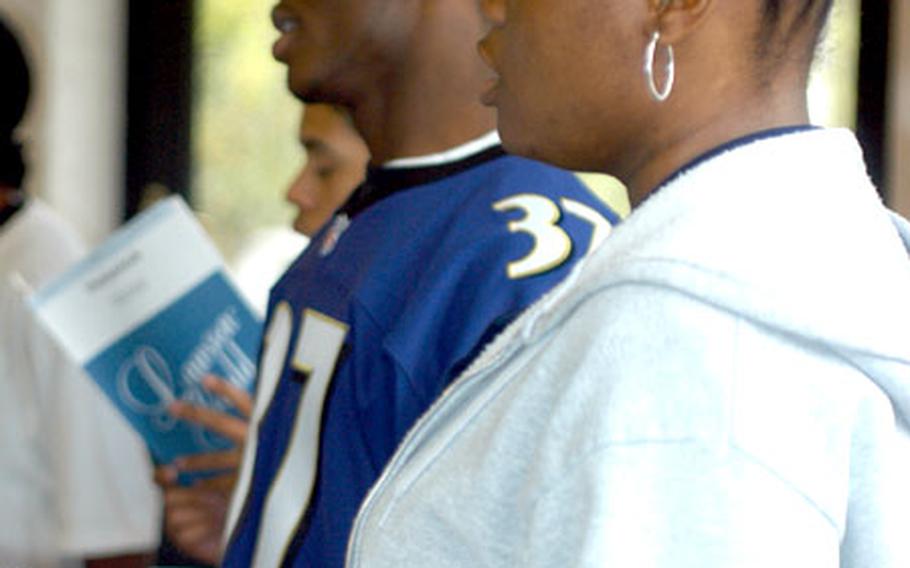 DARMSTADT, Germany &#8212; Some of the finest DODDS high school musical performers are getting some top-notch tutelage this week during the annual Honors Music Festival.

&#8220;[Jessop] is really amazing. You can see his passion. All of the instructors are always really incredible, but the guest conductor has been especially good,&#8221; said Lauren O&#8217;Gara, 18, an alto singer from Gen. H.H. Arnold High School in Wiesbaden, who has made the festival for the past four years.

Percussionists Brandon Williamson, 15, and Mike Small, 16, both from Wiesbaden, said they appreciated Maiello&#8217;s precision and patience.

&#8220;He has a good attitude and can tell you to do something a different way or tell you you&#8217;re doing something wrong without getting you in trouble,&#8221; Small said.

This year, the two conductors selected a variety of music focusing on the students&#8217; heritage.

&#8220;The whole program is based on American music, which I think is important with all the students so far away from home,&#8221; said Maiello during a practice break Tuesday. &#8220;It could give them comfort, in some respect, to be involved in music from their homeland. They&#8217;re not home, so to speak, but they&#8217;re closer to home through the music.&#8221;

Maiello said the musicians&#8217; diverse backgrounds and hard work are evident in their music.

The festival performance is set for one of Germany&#8217;s premier concert halls. DODDS officials won&#8217;t release the location in advance for security reasons.

For more than 25 years, hundreds of DODDS musicians have sent in audition tapes for a shot at performing at the festival.

Chris Checotah, 18, a bass singer from Ramstein High School, said he applied each year for the festival and finally made it his final year. It&#8217;s the highlight of his life, he said.

&#8220;This gives these musicians the chance to sparkle and shine in a world-class hall they deserve to be in,&#8221; said Bob Benson, an Aviano (Italy) High School music teacher, of the students who came from 30 schools across Europe.