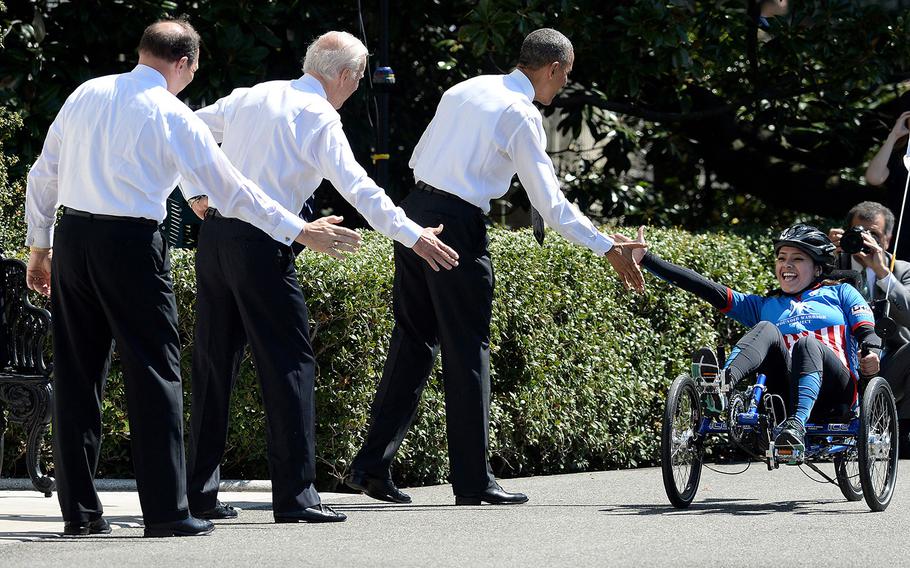 WASHINGTON – What is an extra $75 million to help wounded troops and veterans?

That is how much more money the Wounded Warrior Project could have spent on direct aid in 2014, if it managed its donations like other top-rated military charities.

But as others strived to spend most of every dollar on people in need, the nonprofit group instead pumped one-third of its donations into more fundraising. It had grown into a charity colossus that collected $312 million in donations and modeled itself on Starbucks, CEO Steven Nardizzi told the New York Times this week.

The approach turned Wounded Warrior Project into the largest charity of its type – eclipsing others and drawing allegations this week of lavish spending on conferences and meetings. It has meant bucking the frugal grassroots ethic of more traditional charities, which tend to be more low-key and reliant on community generosity.

“The donors’ money, they want it to go to the mission of Homes for Our Troops. So, if they give us $10, they want to know most of it is going to build that home,” said retired Army Gen. Richard Cody, chairman of the board for the charity, which builds specially equipped homes for veterans across the United States.

Homes for Our Troops spends 89 percent of its money directly on aid and about 5 percent on fundraising. It is among the top-rated charities on Charity Navigator, a website that aggregates tax reporting statistics and rates performance.

Cody said his nonprofit group feels a huge obligation to cut costs. Board members travel with their own money and most team-building exercises are done at the charity’s headquarters in Massachusetts – with pizza and pasta. When they enter a town to build a home, other military support groups such as the VFW and Blue Star Mothers of American rally around the cause and can help raise hundreds of thousands of dollars in extra support.

The group has 125 veterans on a waiting list for homes. Cody said the group has no spare money to ramp up its fundraising efforts.

“If we were to cut into our budget one year and say we are going to spend this much money in hopes are getting more traction … it equals to 2-3 homes,” he said.

The Wounded Warrior Project spent 34 percent of its donations on raising more money in 2014 – and only about 60 cents of every dollar on direct aid. If it had instead put 90 cents of every dollar into direct aid such as Homes for Our Troops and other top-rated charities, the group would have spent an additional $75 million on wounded troops on top of the $149 million it did spend.

David Coker, president of the Fisher House Foundation, said his charity largely operates by word of mouth without marketing. It spent about 2 percent of its money on fundraising in 2014.

“We think if we just focus on meeting the needs in our lane that good things are going to happen,” he said.

Meanwhile, 91 percent of Fisher House expenses went directly into free lodging for military families so they can be close to a loved one during an illness or medical treatment. The group operates 67 locations and served about 25,000 families in 2014.

Here is a comparison of Wounded Warrior Project donations and spending and other top-rated charities that tend to spend more in direct services and less in fundraising. It was compiled using 2014 data supplied by Charity Navigator: