Too soon to identify cause of Pave Hawk helicopter crash, officials say 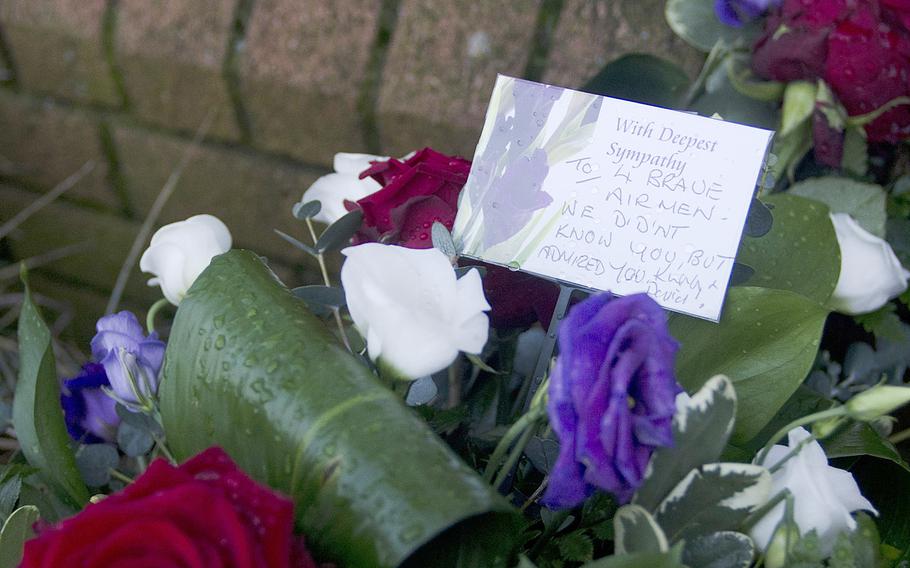 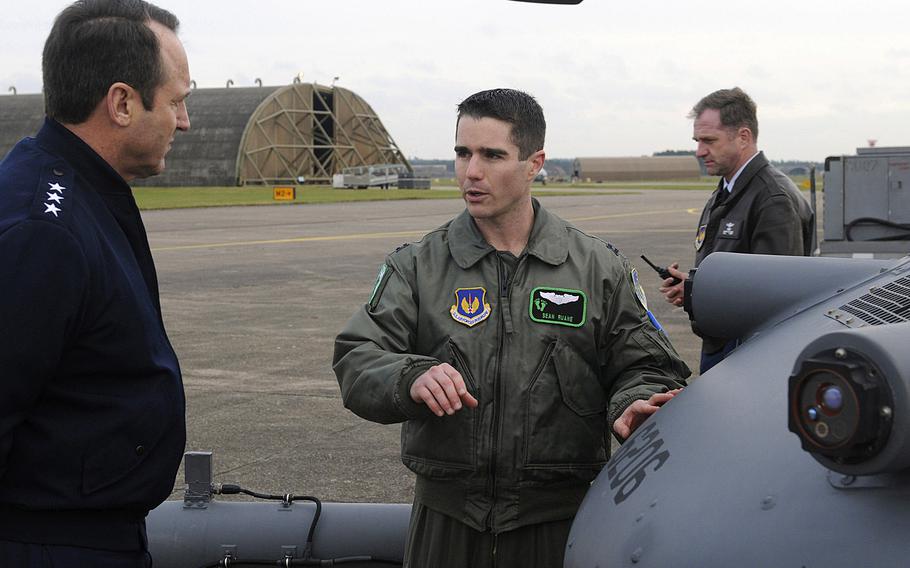 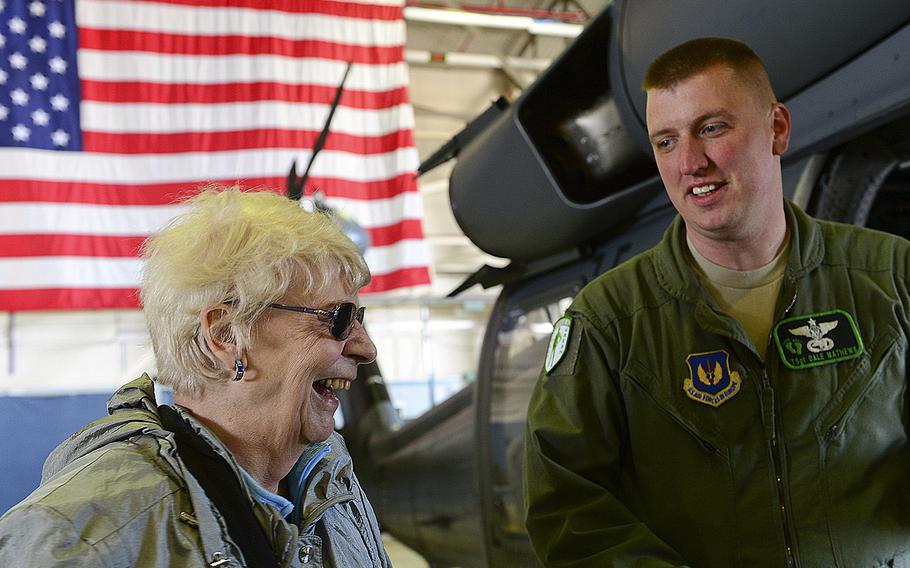 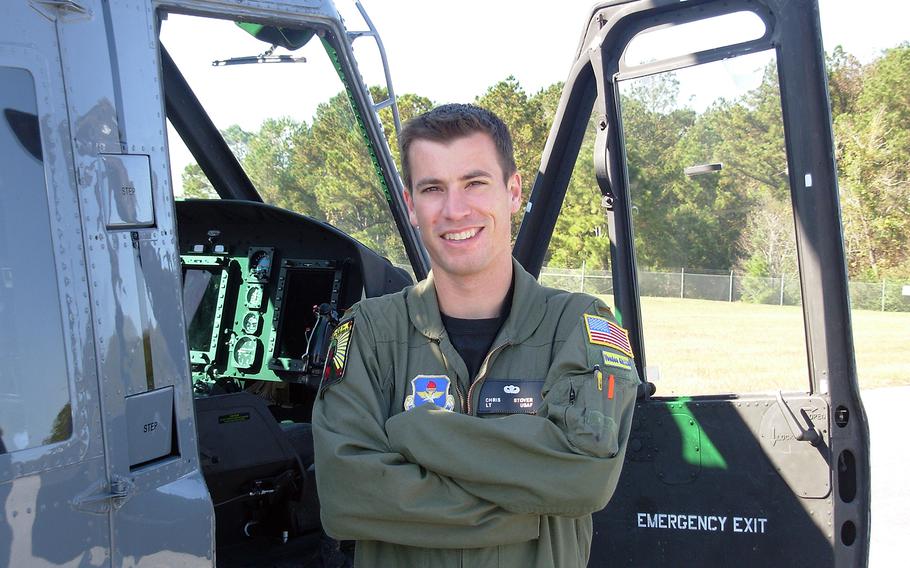 Air Force Capt. Christopher S. Stover, seen in a picture released by his family, died in a helicopter crash in England on January 7, 2014. Photo provided by The Oregonian () 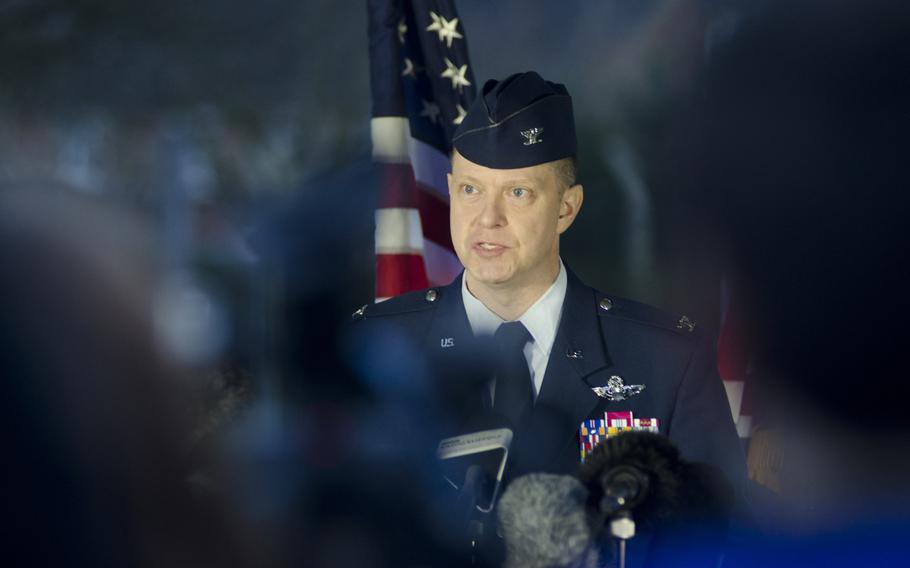 Col. Kyle W. Robinson, 48th Fighter Wing commander, addresses reporters just outside of RAF Lakenheath, England, on Thursday, Jan. 9, 2014, at a press conference about the HH-60G Pave Hawk helicopter crash that killed four airmen from the 56th Rescue Squadron. Robinson said the 48th did not fly the day before out of respect for the 56th. (Adam L. Mathis/Stars and Stripes) 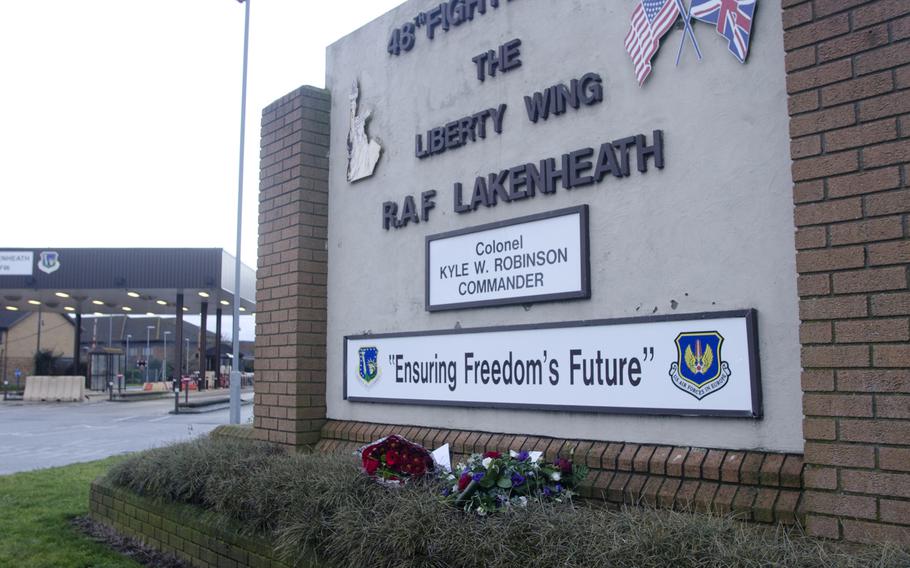 RAF LAKENHEATH, England — Two days after a U.S. Air Force helicopter crashed and killed its four crewmembers, officials are unable to say what caused the HH-60G Pave Hawk to go down near the town of Salthouse.

“It’s still too early to speculate as [to] what caused the crash and make any long-term decisions based on that,” said Col. Kyle W. Robinson, 48th Fighter Wing commander, speaking Thursday to reporters just outside one of RAF Lakenheath’s gates.

Four airmen from the 56th Rescue Squadron were killed Tuesday when the helicopter crashed on a training mission.

Robinson said it was also too soon to decide whether any flight operations should be halted. He

said the 56th, which now has four Pave Hawks, is not scheduled to fly for the rest of the week. The 48th was to resume flying Thursday after having suspended flights Wednesday out of respect, he said.

A Norfolk police spokeswoman said in a phone interview Thursday that the bodies of the airmen — Capt. Christopher S. Stover, Capt. Sean M. Ruane, Tech. Sgt. Dale E. Mathews and Staff Sgt. Afton M. Ponce — have been moved from the crash site and that the investigation has been handed over to the Air Force.

There was some concern that moving the bodies Wednesday would have interfered with the analysis of the crash site.

“The scene is on difficult ground and the longer-term investigation and recovery work will take many more weeks,” said Chief Police Superintendent Bob Scully in a news release.

Robinson did not have exact numbers on the airmen’s length of service, but he said the crew had been in the Air Force “from a couple of years” to more than 16 or 17 years.

“There is a range of experience levels and in general … some of the more experienced people will fly with the less experienced people, and this crew is no different,” Robinson said. “They’re all highly qualified in what they did and capable.”

Some concern also has been expressed about low-flying training missions such as the one the helicopter was on when it crashed. A local government official was reported in The Guardian newspaper as saying that flying so close to a bird breeding ground was an “accident waiting to happen.”

“Obviously we take great care to make sure we operate in the safest fashion and all of the rules and missions that they follow are the standard ones followed by” the United Kingdom’s Ministry of Defence, Robinson said.

The crash scattered ammunition over a wide area, and local police have asked the public to respect a cordon while the ammunition is retrieved. Robinson said the helicopter was carrying 600 rounds of .50-caliber bullets and 15 rounds of 9 mm bullets for use at a nearby range..

Stover is survived by his wife, Sarah, and parents. The Columbian newspaper in Washington state quotes a statement from Stover’s father that his son died “doing what he truly enjoyed, flying.”

Ruane’s mother, Marcia Ruane, told the Pittsburgh Post-Gazette that her son was “a good kid, a good son and a wonderful brother.” Ruane is survived by his wife, Rachel, and his son, Liam.

NBC affiliate WNDU in Indiana reported that Mathews was due to retire from the Air Force in a few months. He is survived by his wife, two children and two stepchildren.

“We feel cheated,” Larry Gussman, Mathews’ stepfather, told WNDU. “And, I say that because Dale was in Desert Storm, he was in Iraqi Freedom. And, he got through all of that, and then to die in a stupid silly training exercise, we just feel cheated.”

More information on Ponce was not available.