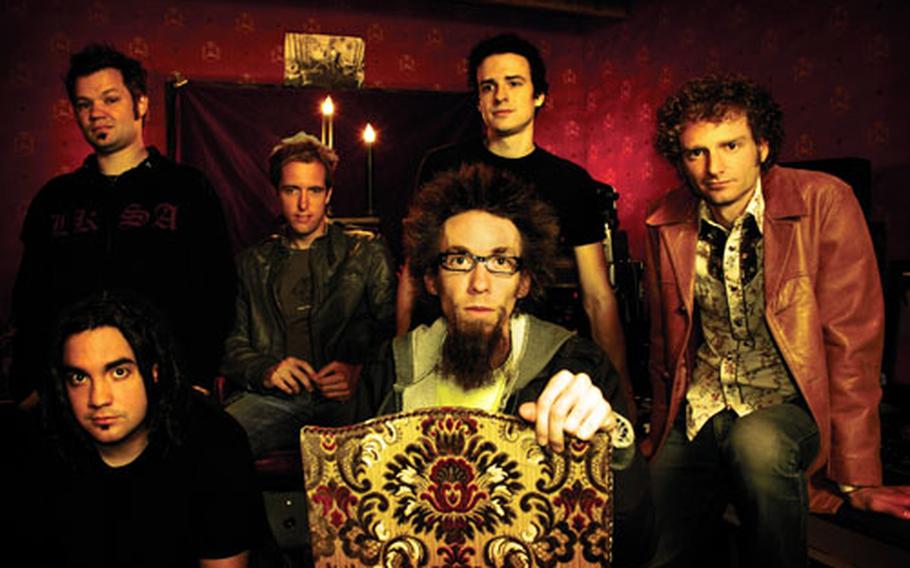 The David Crowder Band mixes rock, bluegrass and a string of other quirky tracks to create ‘A Collision.’ The band’s namesake, Crowder, is seated front and center. (Courtesy of Six Steps Records)

The David Crowder Band mixes rock, bluegrass and a string of other quirky tracks to create ‘A Collision.’ The band’s namesake, Crowder, is seated front and center. (Courtesy of Six Steps Records) 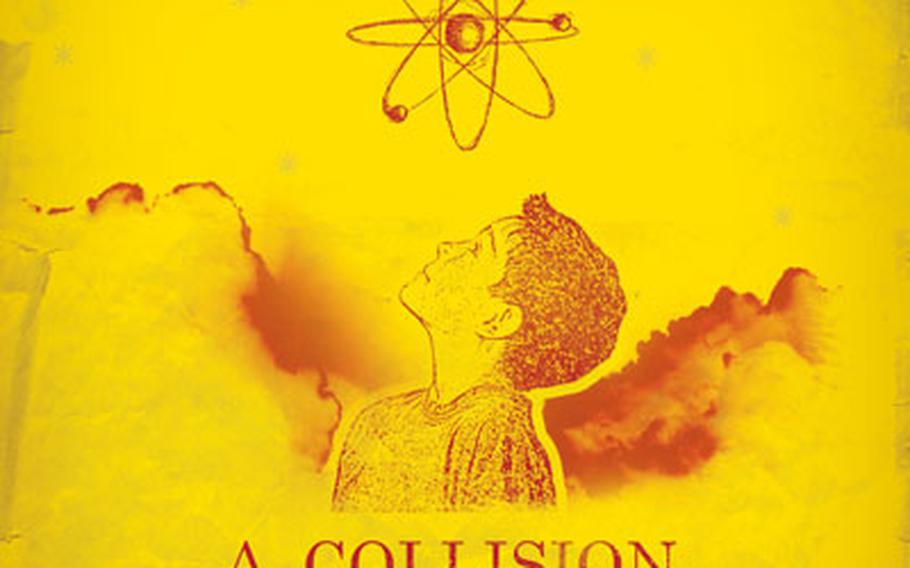 The David Crowder Band’s “A Collision” debuted at No. 39 on Billboard’s Hot 200 Album chart. (Courtesy of Six Steps Records)

So, it seems appropriate that it caused another sort of crash &#8212; when a zillion iTunes users collided with an Internet server. When the highly anticipated &#8220;A Collision&#8221; hit the stores on Sept. 27, it zipped to No. 2 on the iTunes list and virtually shut down the band&#8217;s Web site.

The incident isn&#8217;t really that surprising when you consider that the band has been a favorite of the Internet generation for years, releasing two acclaimed albums and touring as part of the Passion worship gatherings. It&#8217;s an audience that helped the disc debut atop Billboard&#8217;s contemporary Christian chart and at No. 39 on Billboard&#8217;s overall album chart.

Despite such humble musings, the disc&#8217;s overall tone is quite joyful. That comes through clearly in the album&#8217;s first single, &#8220;Here Is Our King,&#8221; which features praise propelled by energetic rock with electronic accents.

&#8220;The crazy part is that pretty much all of this record was born out of places of pain,&#8221; Crowder said, mentioning the 2004 tsunami, the Iraq war and friends who have battled cancer.

The interplay of struggle, pain and joy is explored in several songs &#8212; most notably &#8220;Come Awake,&#8221; about the moment of transition from earthly life to heavenly life.

Considering the nature of suffering and joy prompted one of the more unusual elements on the disc &#8212; a step into bluegrass. The original bluegrass musicians tended to dwell on the hereafter because &#8220;there wasn&#8217;t anything in the here and now that was worth embracing for those folks.&#8221; Despite that emphasis, &#8220;these are some of the more joyful moments in our set&#8221; at concerts.

On the disc, the transition from rock to bluegrass is a bit startling, but a lot of fun. &#8220;Be Lifted or Hope Rising&#8221; is an intense and moody song about waiting for God. Then, right, smack in the middle, bluegrass erupts. It sets the stage for a rousing rendition of &#8220;I Saw the Light&#8221; &#8212; which features a chorus consisting of dozens of folks who showed up at Crowder&#8217;s Texas barn after he posted an invitation on the Internet.

The disc wraps up with a conversation between Crowder and a &#8220;reporter&#8221; that turns decidedly philosophical, before fading into &#8220;The Lark Ascending.&#8221; David Crowder is a thinking man and he makes his listeners think hard. However, he also knows how to express joy and have fun and the disc offers plenty of thought, joy and fun.