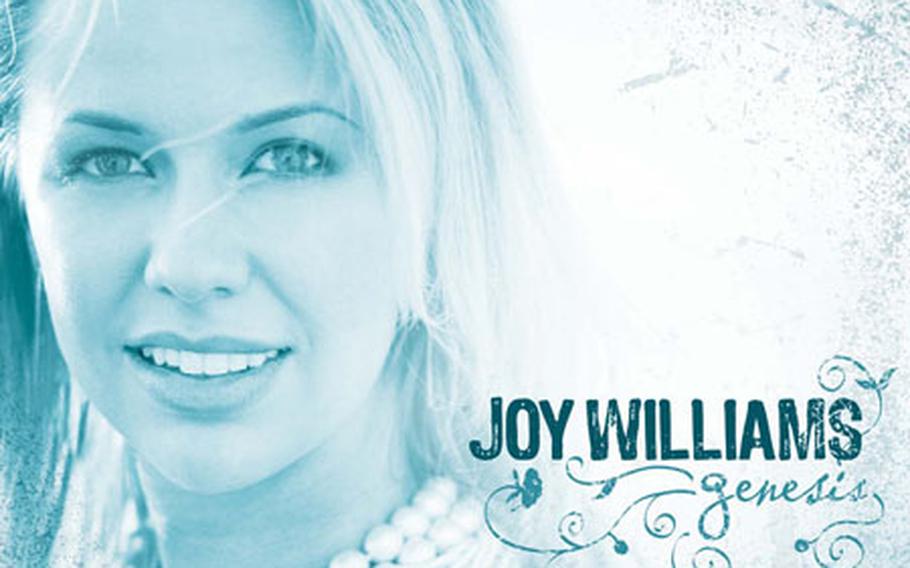 Joy Williams often has been seen as just another fresh face and pleasant voice.

Since her last disc, 2002&#8217;s &#8220;By Surprise,&#8221; experience and a new husband seem to have shaped a deeper and more assertive singer and songwriter. In &#8220;Genesis,&#8221; Williams examines failures, fears, frustration, thankfulness and relationships as she covers the pop spectrum from sweet ballad to soaring anthem.

The ballad &#8220;Beautiful Redemption&#8221; compares her own life to those of people who faced troubles in the Bible &#8212; doubting Thomas, sinful Mary Magdalene and many more. She sings: &#8220;I am all of these. I cry Father, Father forgive me. You say, Child, I already have. You are beautiful, beautiful redemption.&#8221;

Thematically, lyrically and musically, &#8220;Genesis&#8221; reveals a maturity that makes me eager to see the next step in William&#8217;s career.

Diving into dual discsAfter a few experiments with including DVDs and CDs together in new releases, the Christian music industry has turned to dual discs. The double-sided discs contain audio on a CD side and video and enhanced audio on the flip side.

The chart-busting MercyMe has set the pace by re-releasing its breakthrough album and its most recent album in the format. Both discs are worthy of the honor, offering rich musical and lyrical content that&#8217;s had a big impact on the mainstream, as well as Christian, markets.

The DVD side of &#8220;Undone&#8221; offers live performance, behind-the-scenes and studio videos as well as the surround-sound audio. Once again some of the footage has been offered on previous DVDs and much of the rest doesn&#8217;t delve too much deeper than previous efforts.

The bottom line is that those who have grabbed all of the previous MercyMe CDs and DVDs might want to pass. However, those who haven&#8217;t will be pleased.