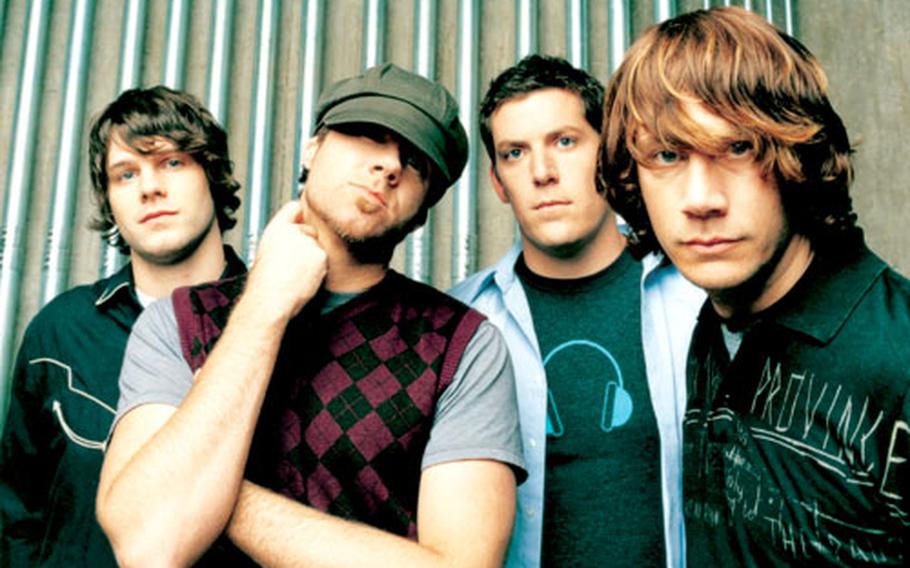 Audio Adrenaline is, from left, Tyler Burkum, Mark Stuart, Ben Cissell and Will McGinniss. The band’s new CD — “Until My Heart Caves In”— offers a stripped-down sound and an introspective view of faith. (Forefront Records)

In its last CD, Audio Adrenaline issued an urgent plea to help others &#8212; and snagged a Grammy. This time around, the rock group turns the focus inward.

The disc doesn&#8217;t totally ignore the need to reach out to others. &#8220;Are You Ready for Love&#8221; apologizes for ignoring the needy and then prods believers to take action, asking &#8220;Are you too comfortable to join the revolution?&#8221;

Burkum said the introspective themes reflect the fact that believers are &#8220;constantly going through growth and rebirth.&#8221;

It&#8217;s impossible to say whether &#8220;Until My Heart Caves In&#8221; will land Audio A another Grammy. However, it already has one song climbing the Christian radio charts and offers a few other tracks with solid potential.

Finally, Burkum wanted to offer some works to deployed servicemembers.