Tireless workers get the barges out 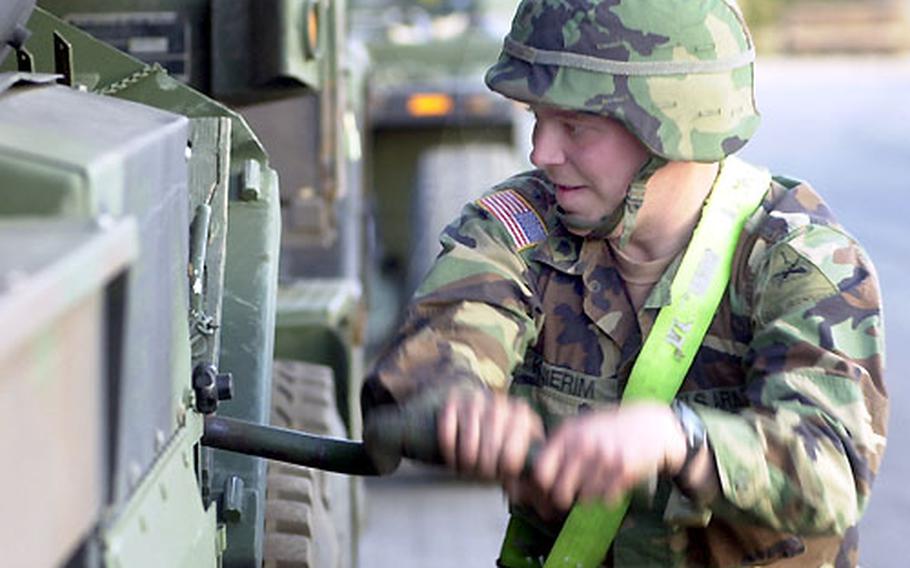 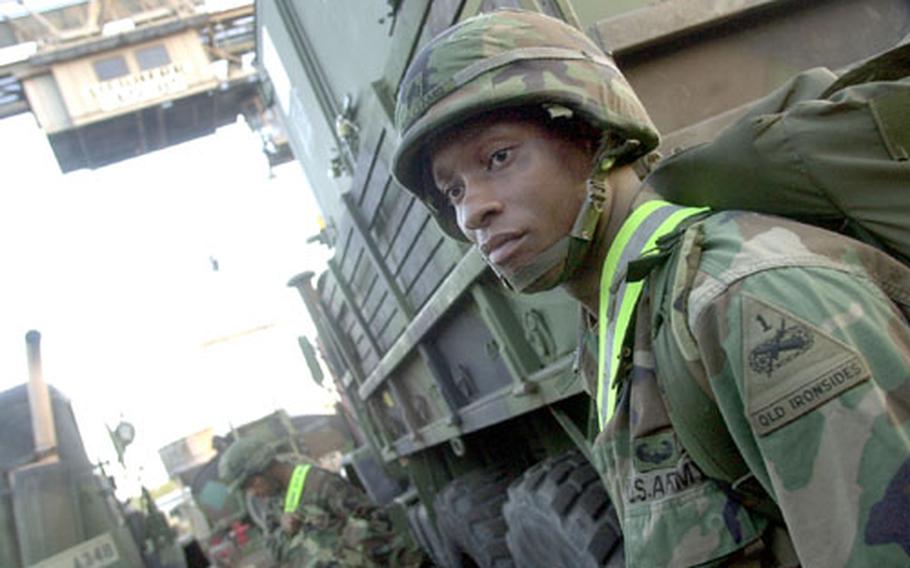 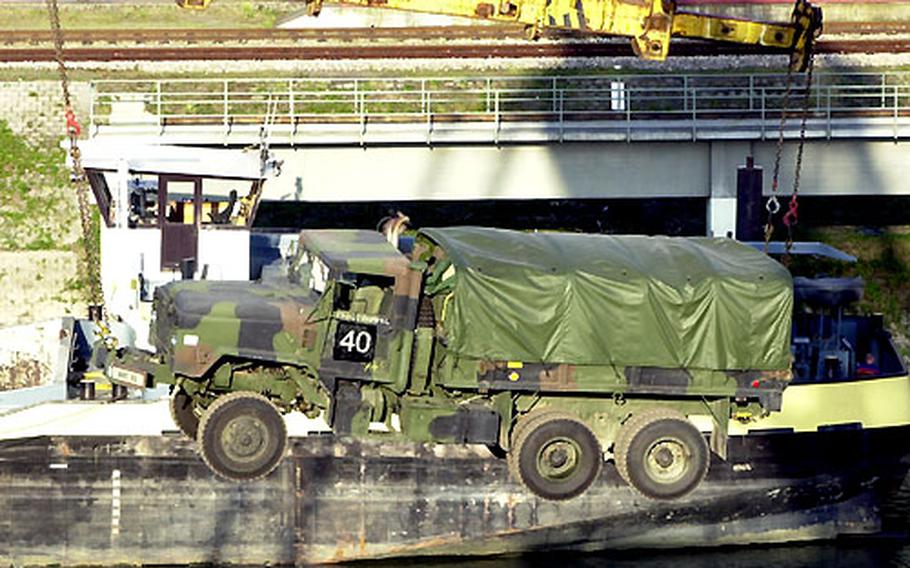 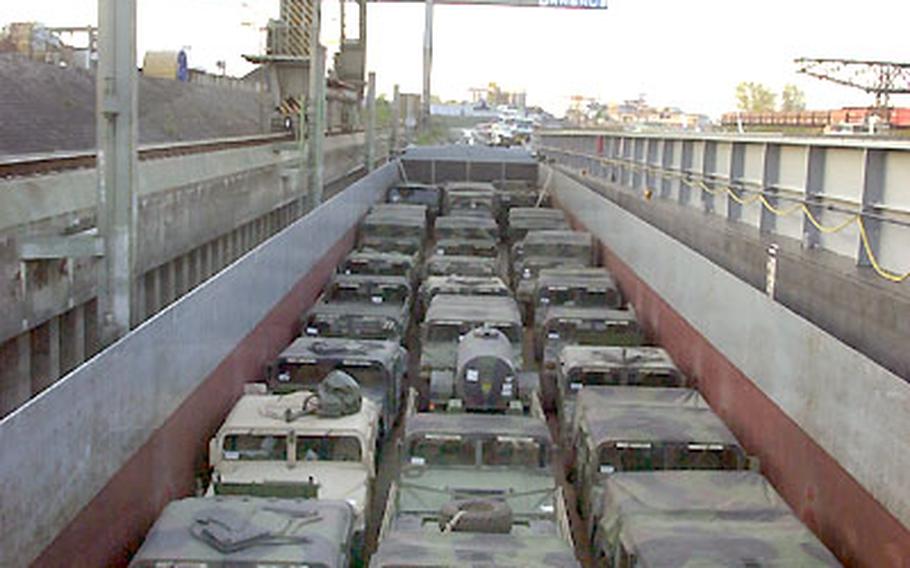 Packed bumper to bumper, thousands of 1st Armored Division trucks, trailers and other support gear are being moved by barge from Mannheim, Germany to seaports in the Netherlands, where they&#39;re loaded aboard ships for the long haul to Kuwait. (Jon R. Anderson / S&S)

As the massive truss crane plunks the truck down into a river barge, the 26-year-old from Potsdam, N.Y., answers one of the phones.

He authorizes whoever is on the other end to send the next batch of 1st Armored Division trucks from the deployment staging area at nearby Spinelli Barracks in Mannheim so they can be loaded onto barges and sent on their way to Southwest Asia.

Soldiers and civilians from Hubert&#8217;s Rhine River Detachment are working around the clock, seven days a week, loading barges at Rheinau Harbor, a quay south of Mannheim. About 50 percent of all the 1st Armored Division vehicles and equipment are heading to deep-water ports by barge, Hubert said.

The deploying troops from Wiesbaden, Baumholder, Hanau, Giessen and Frideberg &#8212; the division&#8217;s main bases &#8212; drive first to Spinelli where they are inspected and prepared for the trip.

Fuel and water trucks from Company A, 123rd Main Support Battalion waited a whole day before the convoy moved to Rheinau under German police escort.

That gave troops time for last-minute checks that uncovered minor problems, such as undisclosed vehicle weights that would require changes on the barges.

Fuel handlers had to siphon out all the jet fuel and gasoline from their tanks, said Spc. Kevin Sheley, 25, of Ligonier, Ind., who added that they test for fuel vapors with a flame.

The Spinelli checks were just one of several tasks facing the Company A soldiers, who have been working long hours during the weeks prior to their deployment. Sgt. Daniel Carpenter, 29, of Port Charlotte, Fla., counted 113 hours in a seven-day work week.

At Rheinau, a parking lot of Humvees and fuel trucks awaited the loading process when Company A rolled in. The sun was setting and by then, the troops had spent a long day waiting.

As he guided them in, Sgt. 1st Class Kelvin Middleton, 37, of Jacksonville, N.C., of the Livorno, Italy-based 839th Transportation Battalion, barked directions to sleepy-eyed drivers.

In contrast to the waiting at Spinelli, troops spend little time at the port. Buses await the soldiers to drive them back to their home base.

From Mannheim, barges travel about 400 miles along the Rhine to Rotterdam, Netherlands, a trip that takes about 36 hours, Hubert said.

Normally the detachment, which falls under 838th Transportation Battalion, imports and exports from 50 to 80 pieces of cargo per week. During V Corps&#8217; move in February, it shipped more than 5,000 pieces. It will handle about 3,000 items for the 1st AD.

From April 9 to April 17, 40 barges were loaded, at an average of six per day, Hubert said.