Tired VC gives up one life, begins another 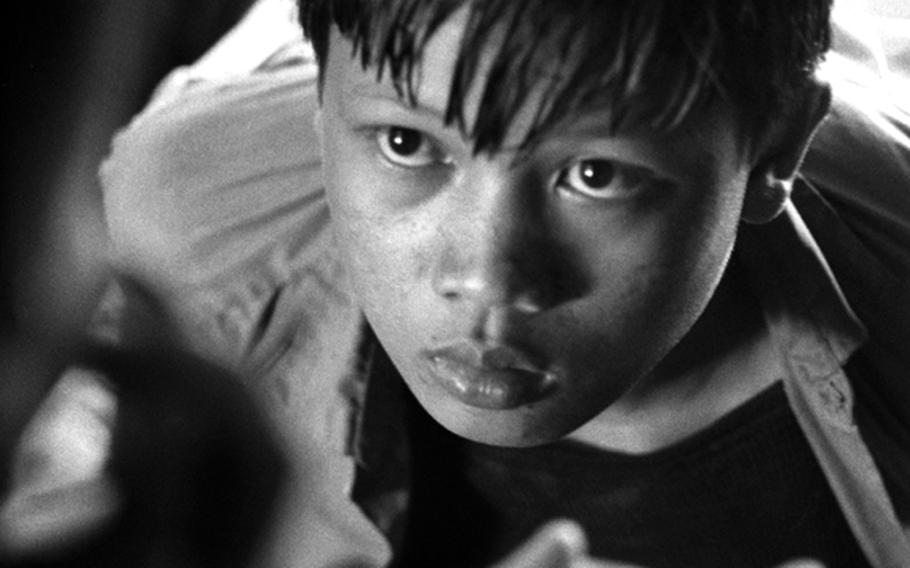 A young North Vietnamese army soldier is questioned after being captured during a night operation in Dinh Tuong Province in December, 1970. (Ron Shaffer/Stars and Stripes)

A young North Vietnamese army soldier is questioned after being captured during a night operation in Dinh Tuong Province in December, 1970. (Ron Shaffer/Stars and Stripes) 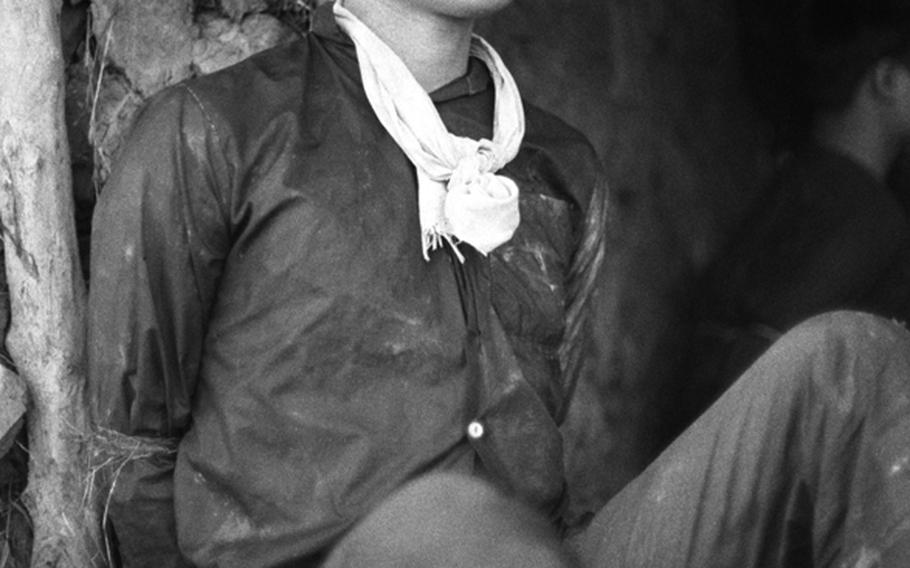 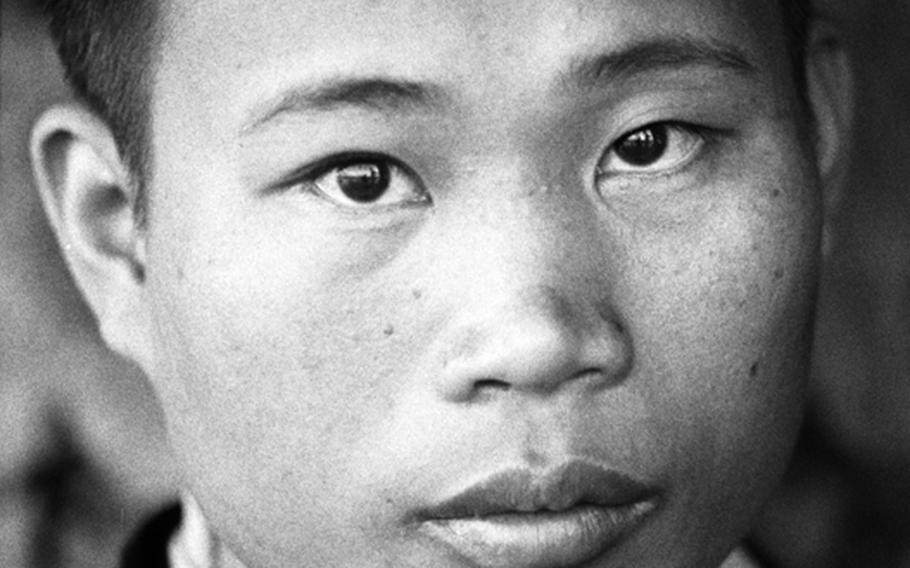 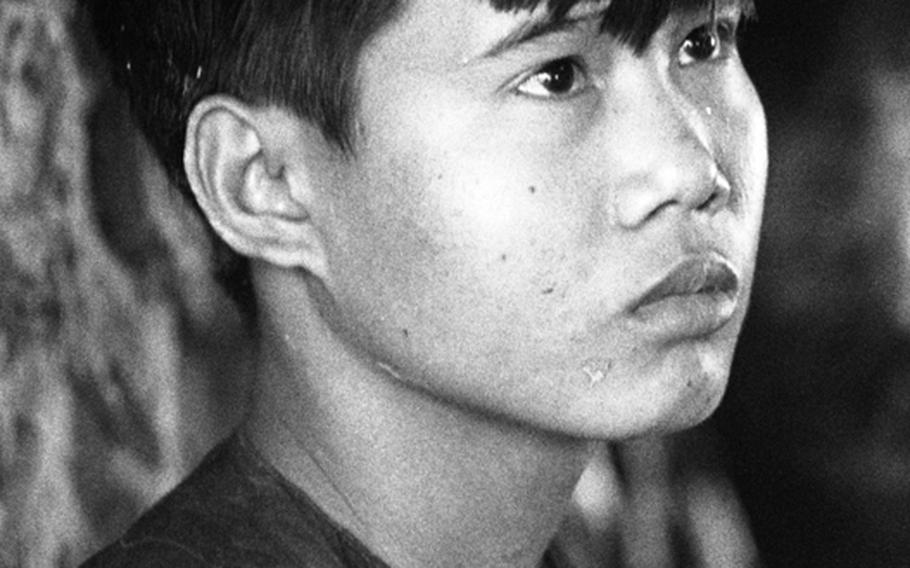 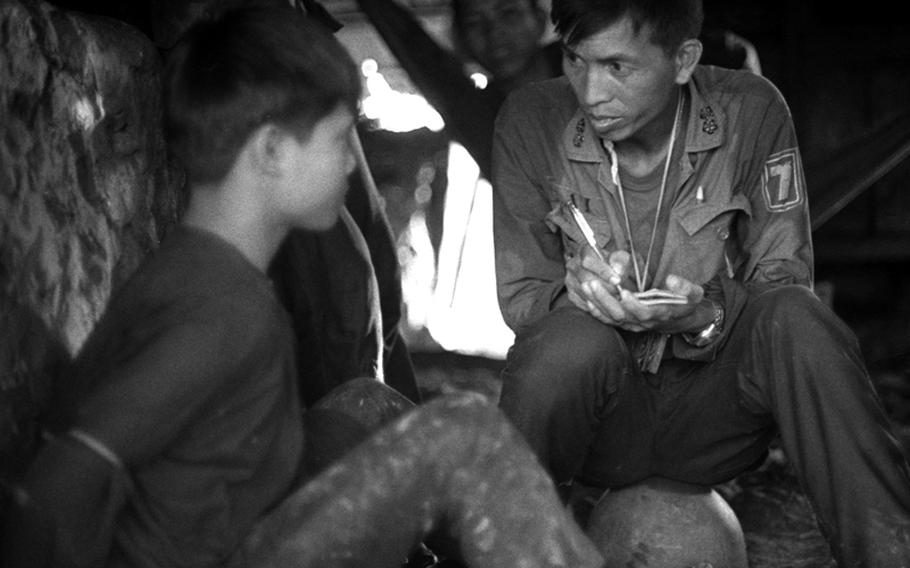 A South Vietnamese soldier questions a North Vietnamese army youth who was captured in a night operation in Dinh Tuong province in December, 1970. (Ron Shaffer/Stars and Stripes) 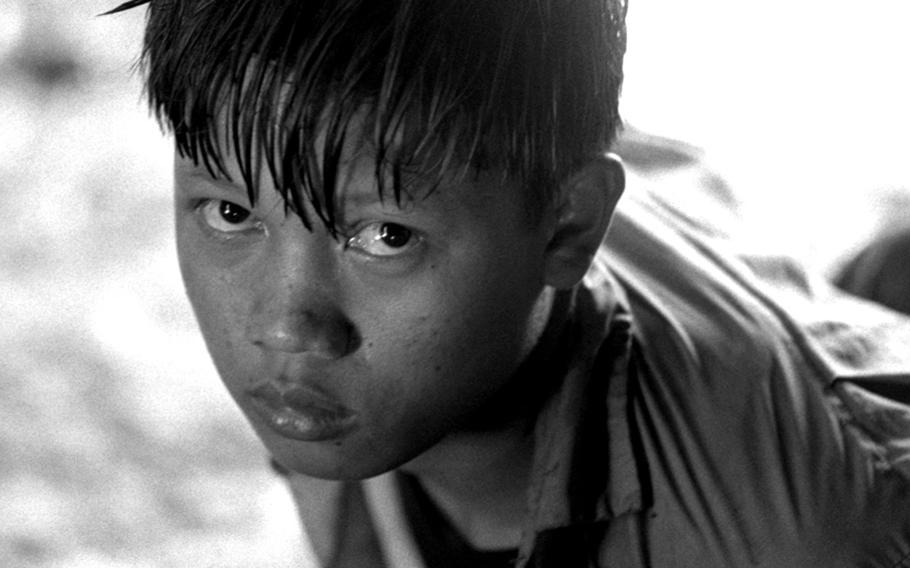 HAWK ISLAND, Vietnam &mdash; A young man sat in .shadows at the Popular Force outpost here, and as a flickering lantern light danced on his face, told of life as a Viet Cong.

He was dressed in a dirty blue shirt and black pajama bottoms, and could have been anywhere from 15 to 30. He said his name was Tang.

Through an interpreter Tang said he had been a VC for four years. He finally quit because he was tired of being shot at and tired of the explosions from artillery and bombs.

Earlier in the day, Tang had turned himself in at this delta river island outpost, bringing with him a battered U.S. .30 cal. carbine. He was staying the night, and in the morning he would be taken to a Chieu Hoi center.

Softly, calmly, he answered the questions, pausing occasionally to take sips of coffee, and cast quick glances at the first Americans he said he had ever seen.

His family had moved to this relatively secure island months ago, he said, and he had wanted to follow them and Chieu Hoi but he had trouble getting away. Some of his friends had been caught trying to Chieu Hoi. They were taken away and he never saw them again.

Tang said he had been an assistant squad leader with the VC, and provided security for tax collectors in the Truc Giang-Giong Trom districts of Kien Hoa province. The province has received more Chieu Hois than any other in Vietnam this year, largely due to increased government operations in former VC strongholds.

The schools in his area have been closed for two years. Tang said. He said he thought half his friends could not read or write. His education, he said, consisted of three years of elementary school.

Asked the sum of four times five. Tang blinked repeatedly and hesitated several moments. "Hai chuc." 20 he said. And four times 15? He could not answer. Of the three countries bordering North and South Vietnam, he replied that he knew only Cambodia. He said he was 21 years old,

The VC paid him 27 piasters (4 cents) a day, he said, and most of his food came from the family farm. While he was gone on operations, the VC would sometimes send old men or young boys to help his family with the harvesting and planting.

Many farmers ran away because of the crossfire, he said. They gathered around government outposts because there would be no more artillery or bombs there. A few girls stayed with the VC, he said, but most of the young women left the countryside and went to the cities.

Tang said he thought he would join the ARVN or Regional Forces and return to his home area. He expressed concern about possible VC retaliation against his family, but said he had no thoughts about shooting at former comrades.

His family is very happy now, Tang said, because when he was a VC they thought he would die.