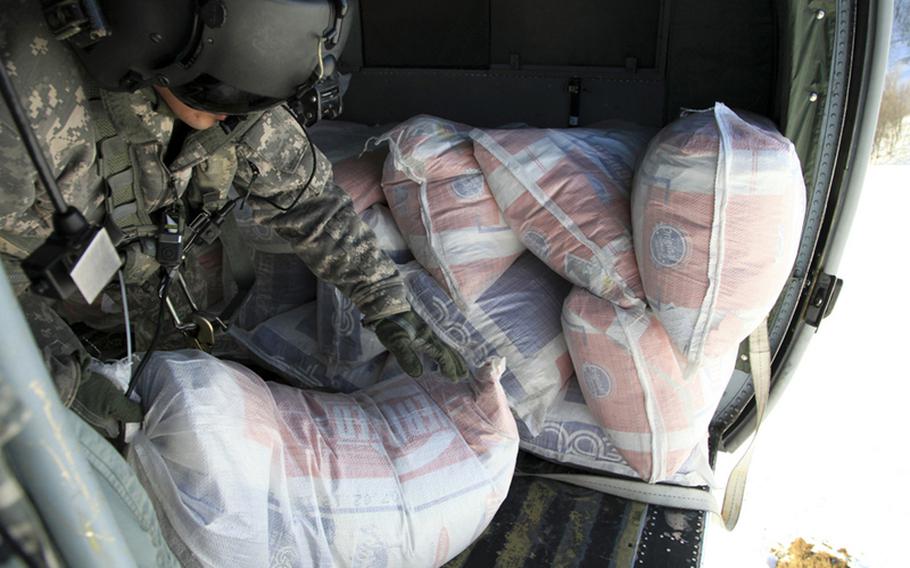 GRAFENW&Ouml;HR, Germany &mdash; Blink, and you might miss the armed forces of Montenegro.

With about 2,000 servicemembers, little armor and a navy of old frigates, the tiny Balkan country seems an unlikely candidate to bolster the world&rsquo;s most powerful military alliance.

Yet with help from the U.S. and a small deployment to Afghanistan, Montenegro is knocking on NATO&rsquo;s door. Delegates at the alliance&rsquo;s Chicago summit last month applauded the country&rsquo;s progress and encouraged it to continue on the right path.

How can such a tiny force contribute to NATO and what does the alliance gain from investing in such countries with seemingly little to offer?

Montenegro&rsquo;s bid is less about military might than building alliances and encouraging stability, experts say.

Like three other member hopefuls &mdash; Bosnia and Herzegovina, Macedonia and Georgia &mdash; Montenegro has supported the U.S.-led war in Afghanistan. All four have troop contingents in Afghanistan. Though Georgia contributes 800 soldiers, one of the largest non-member contributions, Montenegro contributes just 39, according to NATO.

&ldquo;There&rsquo;s this sense of, they&rsquo;ve showed their loyalty to us, and to NATO, and that we should reciprocate,&rdquo; said Janusz Bugajski, a Balkans expert with the Center for Strategic and International Studies.

Regional stability is also a factor in NATO&rsquo;s push to bring these countries into the fold. Tensions remain within and among the countries that once formed Yugoslavia, and Georgia has never resolved its dispute with Russia over the separatist regions of South Ossetia and Abkhazia, over which they fought a brief war in 2008 and where Russian forces remain.

In a speech to last month&rsquo;s NATO summit, Secretary of State Hillary Rodham Clinton said the prospect of NATO membership has been &ldquo;a powerful motivation&rdquo; for countries to implement reforms and resolve differences with their neighbors.

&ldquo;Our open-door policy has produced some of our most active and committed allies, and it has helped produce stability and cooperation in Central and Eastern Europe,&rdquo; she said, promising help to aspirant countries &ldquo;because this is in our interest.&rdquo;

&ldquo;We know it can be a lengthy and challenging process, but we need to stick with it and remember our ultimate goal: a stronger, more durable, more effective NATO,&rdquo; Clinton said.

Ian Brzezinski, former assistant U.S. secretary of defense for Europe and NATO policy, put it another way: &ldquo;I wonder what message you would send if you kind of squashed their aspirations,&rdquo; he said, &ldquo;and what would be the implications for the region.&rdquo;

Montenegro would be NATO&rsquo;s youngest member. The country emerged as an independent nation in 2006, separating from the loose union with Serbia that formed the last remnant of the former Yugoslavia.

With no military, Montenegro cobbled together the partial leftovers of the Yugoslav military and an internal security force established by Montenegrin leaders before independence.

The resulting military was oversized and geared toward sovereign defense, not joint operations. It counted high numbers of conscripts, a top-heavy hierarchy, old equipment and an anemic noncommissioned officer corps, according to Bernard Griffard and Craig Nation, professors with the U.S. Army War College who have conducted training in the country. Civilian control of the military was a novelty, they said.

Popular confidence in the new armed forces fell sharply, a drastic change for a country that long prided itself on its military history, said Savo Kentera, head of the Atlantic Council of Montenegro, an advocacy group for NATO membership. Montenegrin leaders quickly placed the country on a path toward NATO and EU integration. By 2009, it had been granted a membership action plan, a checklist of reforms touching on everything from the disposal of old ordnance to drawdowns of force size.

The U.S. spends a modest $3.5 million annually on Montenegrin defense reforms, including military financing, sales and training, as well as military education in the U.S., according to European Command.

Providing NATO support means modernizing outdated armed forces and fitting them into an alliance focused on improving capabilities, especially as the U.S. turns its focus to Asia and the Pacific.

Were Montenegro to join NATO, its roughly $80 million in military spending would represent the smallest defense budget of any member save Iceland, which has no standing military, according to numbers compiled by the Stockholm International Peace Research Institute.

Brzezinski and others say new NATO members will contribute militarily where they can, and eagerly. Under NATO&rsquo;s new concept of &ldquo;smart defense,&rdquo; countries pool their resources or focus on a particular aspect of common defense.

In Montenegro, membership advocates point to a possible NATO helicopter training base in the country. As a small nation endowed with coast, mountains and canyons, the country offers challenging flying over rapidly varying landscapes.

&ldquo;You go from some of the best seashore on the Adriatic, very shortly within an hour you could be within a very tough, mountainous terrain,&rdquo; said Griffard of the U.S. Army War College.

Challenges remain. The country&rsquo;s progress stems from the dominance of a single governing party, said Kenneth Morrison, author of the book &ldquo;Montenegro: A Modern History.&rdquo; Corruption, organized crime and the lack of an independent judiciary concern NATO and the EU, he said.

The greatest hurdle might be public opinion. A minority in the country supports membership. In a January poll, a Montenegrin news station found 31 percent support among residents, down from 35 percent in 2010, according to a report in the regional English-language newspaper, Balkan Insight.

Serbs, who represent roughly a third of the population, opposed independence in 2006, and many are against joining NATO, said Morrison.

Memories of the 1999 NATO bombing of Yugoslavia, which at the time comprised only Montenegro and Serbia, still kindle anger, according to Kentera.

&ldquo;It takes time,&rdquo; he said, &ldquo;and the most important thing will be that the citizens of Montenegro approach this issue based on arguments and facts and not only based on emotions.&rdquo;