'Timing is everything' for holiday dinner on USS Gary 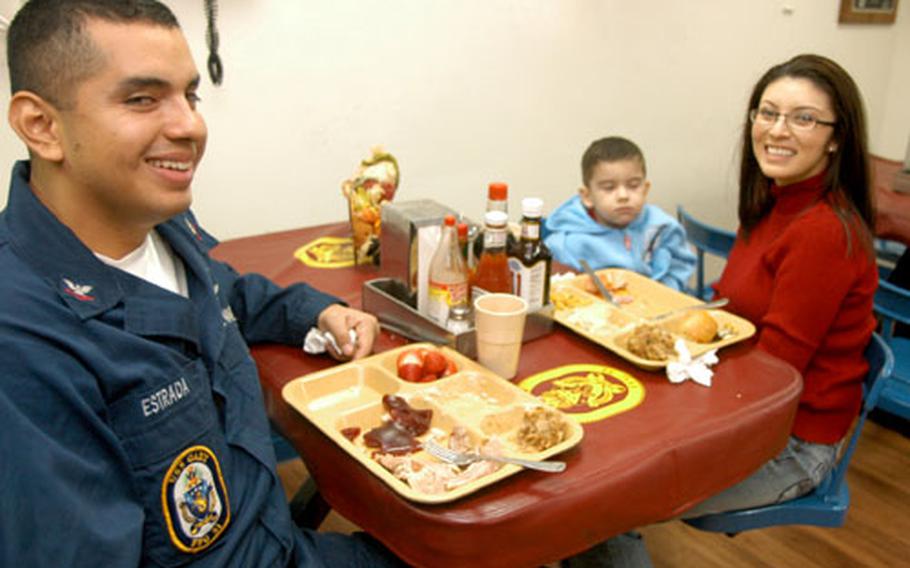 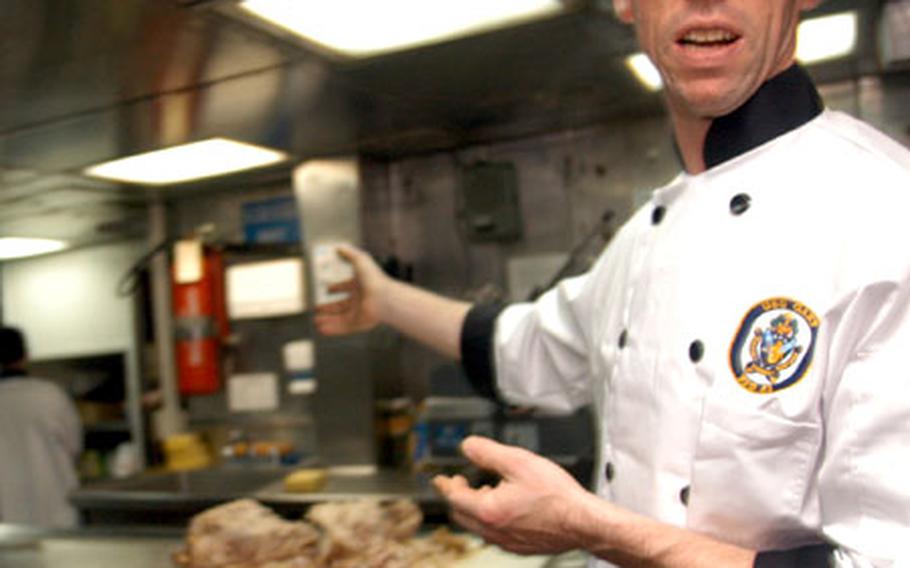 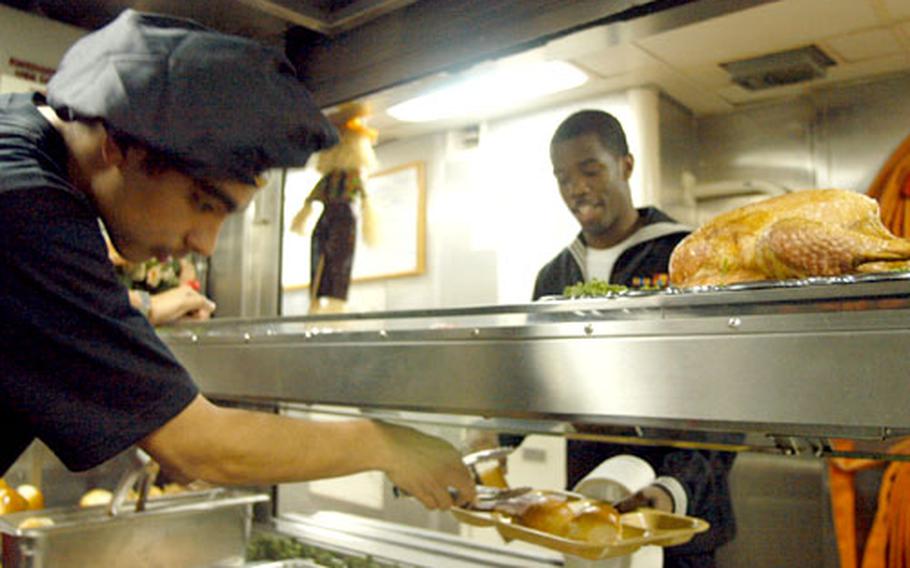 YOKOSUKA NAVAL BASE, Japan &#8212; Mom wakes up at the crack of dawn to get the bird in the oven. Frenzied grating, chopping, and mashing turns kitchens into hardhat zones. And then, the crisis &#8212; how can you squish whole turkeys, entire hams, and sweet potatoes for 40 into two small ovens?

The frigate originally planned to be in Hong Kong for the holiday, but ended up in port at Yokosuka.

For his part, Marco Colldimayo hadn&#8217;t celebrated Thanksgiving before he got to the States. The petty officer third class was born in England.

And, like with family, traditions are important. Like eating a belly-busting meal on the fourth Thursday of November.

Being away from family or on duty on the holidays can get depressing, so the effort is appreciated, said Petty Officer 1st Class Michael Torain. He was eating his Thanksgiving dinner aboard the Gary on Thursday.