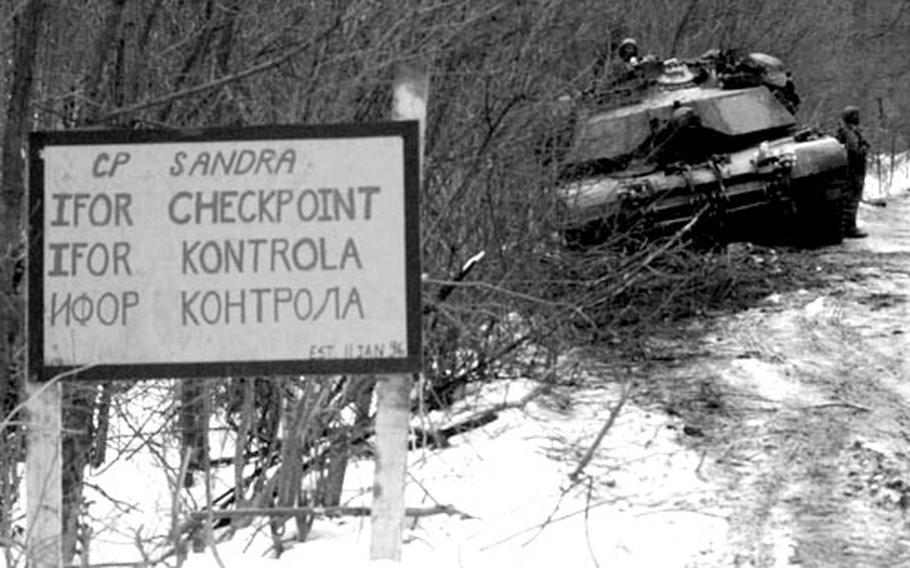 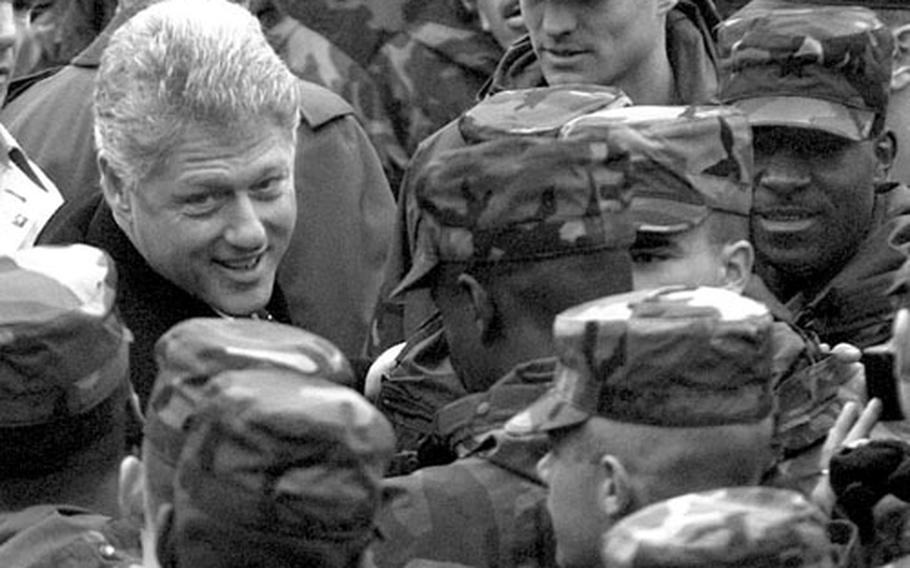 A timeline of events surrounding the U.S. participation in the Bosnian conflict:

Slovenia and Croatia declare their independence from Yugoslavia. While Slovenia&#8217;s exit is almost peaceful, a bloody war rages in Croatia.

Meanwhile, there&#8217;s sporadic fighting between ethnic Serbs, Bosniaks and Croats in Bosnia. Each has a separate religion and historical claims to territory. However, populations have been somewhat mixed since the regime of maverick communist strongman Josip Broz Tito.

Fighting intensifies in Bosnia. Thousands are killed. The Croats and Bosniaks, once allied, start fighting each other. By January, there&#8217;s a three-way war.

In much of Europe and the U.S., the Serbs are mostly seen as aggressors. American air power comes into play to stop the shelling of Sarajevo and pressure the better-armed Serbs to stop fighting.

An estimated 8,000 Bosnian-Muslims, mostly men and teenage boys, are massacred in and around Srebrenica. This atrocity spurs the world to action to end the bloodshed.

Under pressure from the U.S. and Europe, leaders from the ethnic factions are brought together. An agreement is reached in Dayton, Ohio, to stop the fighting.

Task Force Eagle, the American mission in Bosnia, is formed a few days later. The 1st Armored Division is ordered to Bosnia and takes over the U.S. part of the 60,000-strong Implementation Force.

The 1st Cavalry Division takes over command of a greatly reduced U.S. presence. About 7,000 American troops &#8212; about one-third of the original force &#8212; are now in Bosnia.

The 49th Armored Division of the Texas National Guard takes over the mission. With the exception of the rotation led by the 3rd Infantry Division that followed, the remainder of the 15 SFOR rotations would be led by Army Reserve elements.

Task Force Eagle is disestablished and most U.S. troops prepare to head home.

SFOR will become EUFOR as the European Union takes control of peacekeeping operations in Bosnia from NATO.