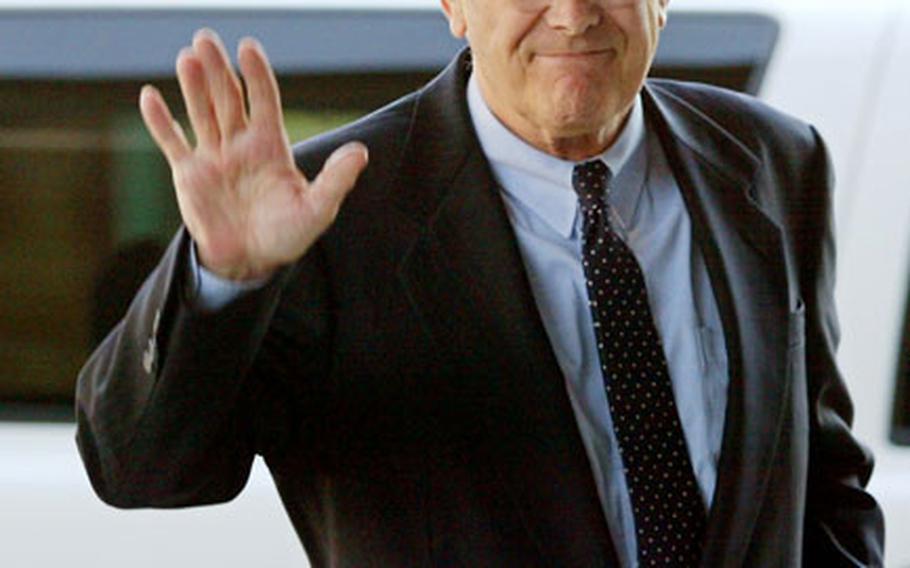 Defense Secretary Donald Rumsfeld has been a lightning rod for criticism during his tenure. Some highlights of his time at the Pentagon:

January 2001: In the new Bush administration, Rumsfeld is first slated to be director of the Central Intelligence Agency but is eventually chosen to head the Defense Department.

February 2001: Rumsfeld declares his intention to reshape the U.S. military from a slow, heavy force designed to fight the Soviet Union to an agile, technology-intensive force that focuses on &#8220;expeditionary&#8221; capabilities.

Sept. 11, 2001: Rumsfeld is in the Pentagon when terrorists slam a jetliner into the building. He later helps with emergency-response efforts.

April 2002: Rumsfeld&#8217;s relationship with the Army begins to flag when he names Gen. John Keane, the Army&#8217;s vice chief of staff, as its next chief, a full 15 months before Gen. Eric Shinseki was scheduled to retire.

October 2002: Rumsfeld kills the Army&#8217;s mobile howitzer system, the Crusader, saying it is too heavy to deploy and not relevant to his transformation strategy.

August 2003: Rumsfeld breaks precedent by passing over the entire active-duty Army officer corps and bringing a retiree, Gen. Peter J. Schoomaker, back into uniform as the new chief of staff.

April 2004: The Abu Ghraib scandal breaks. Rumsfeld tells the press he offered to resign over the matter and that President Bush has refused his resignation.