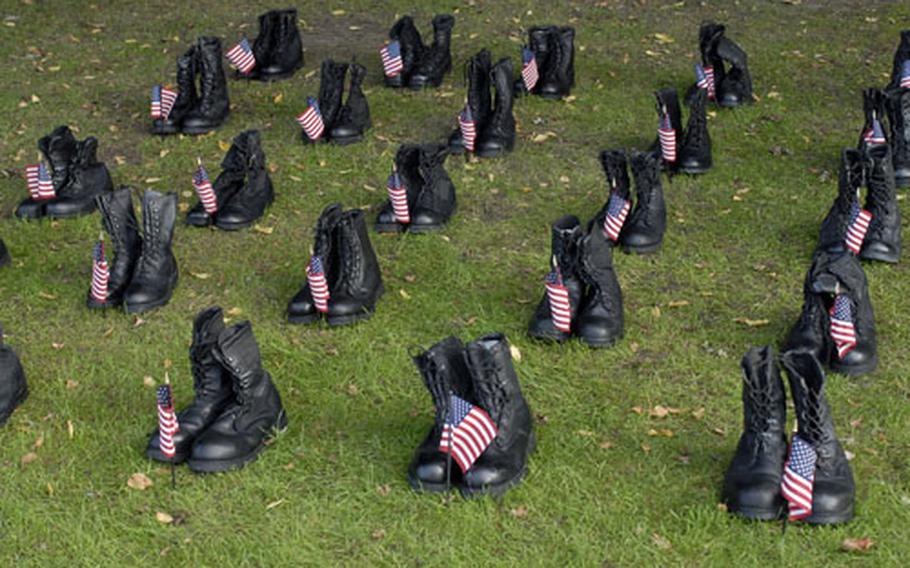 Empty boots with U.S. flags were used to symbolize prisoners of war and the missing in action during a 24-hour vigil for RAF Mildenhall’s POW/MIA Remembrance Week. (Mark Abramson/S&S)

Empty boots with U.S. flags were used to symbolize prisoners of war and the missing in action during a 24-hour vigil for RAF Mildenhall’s POW/MIA Remembrance Week. (Mark Abramson/S&S) 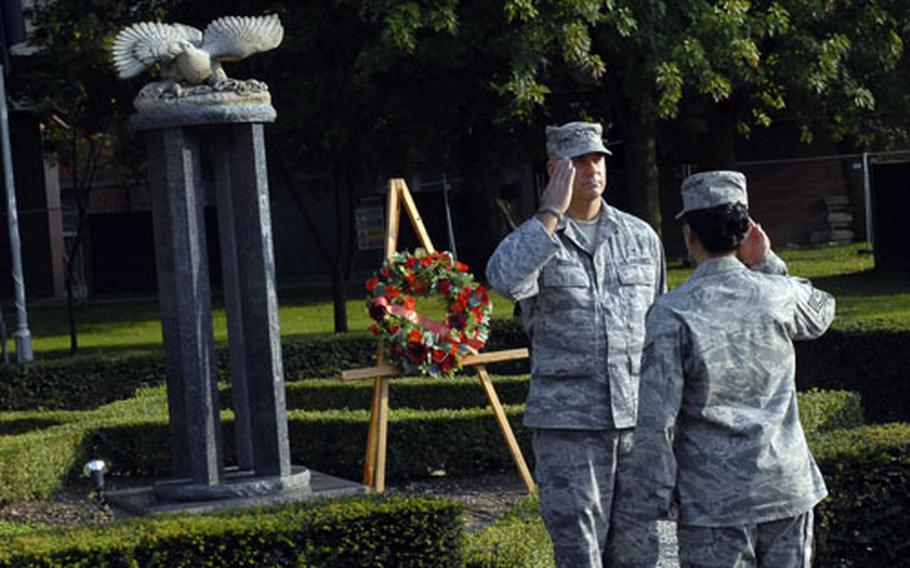 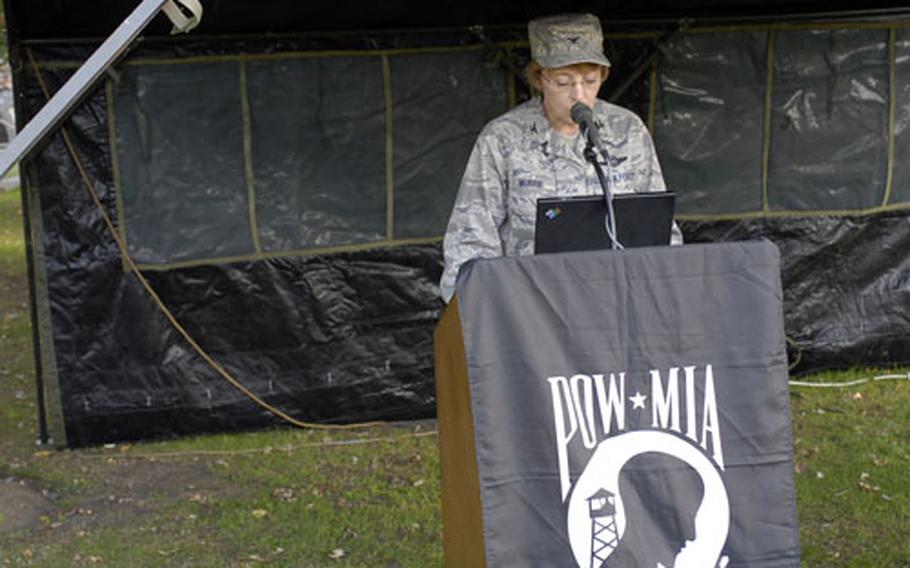 Col. Eden Murrie, RAF Mildenhall base commander, reads the names of those who are prisoners of war or missing during a 24-hour vigil that was part of the base’s POW/MIA Remembrance Week. (Mark Abramson/S&S)

AF Mildenhall&#8217;s tribute to prisoners of war and the missing in action concluded Friday with a solemn vigil and a KC-135 flyover.

"We had a lot of people [get involved]. I&#8217;m really impressed," Becker said. "The weather cooperated, which was great."

Becker said the highlights of the week included 128 people attending a luncheon to hear a former Desert Storm POW, Royal Air Force Wing Cmdr. Dave Waddington, speak last Wednesday. Another 150 people showed up for the 5K formation run on Sept. 15 to kick the week off. Some units came out and made the run part of their physical training regimen, Becker said

Becker attributed the good turnout to his fellow servicemembers&#8217; appreciation for the sacrifices POWS and MIAs made and the desire to honor those people.

The week concluded with the flyover, a 21-gun salute and a formation near the 100th Air Refueling Wing&#8217;s headquarters and the base POW/MIA memorial. That was preceded by a 24-hour vigil in which people read aloud the names of POWS and MIAs. Among those reading the names were Mildenhall base commander Col. Eden Murrie, Boy Scouts, enlisted personnel and officers, and teens.

Tech. Sgt. Angela Willis with the 352nd Special Operations Group, said the memory of her late father, Alexander DeStasio, inspired her to read the POW and MIA names.

"My father, he was a veteran of three wars," Willis said. "He is the main reason why I went into the military."

Willis said her father landed on the beaches of Normandy during D-Day, fought in Korea and served in the Vietnam War.

"It is to respect the people who came before us," Willis said about the week&#8217;s significance.