Time short for airmen to get new name tags 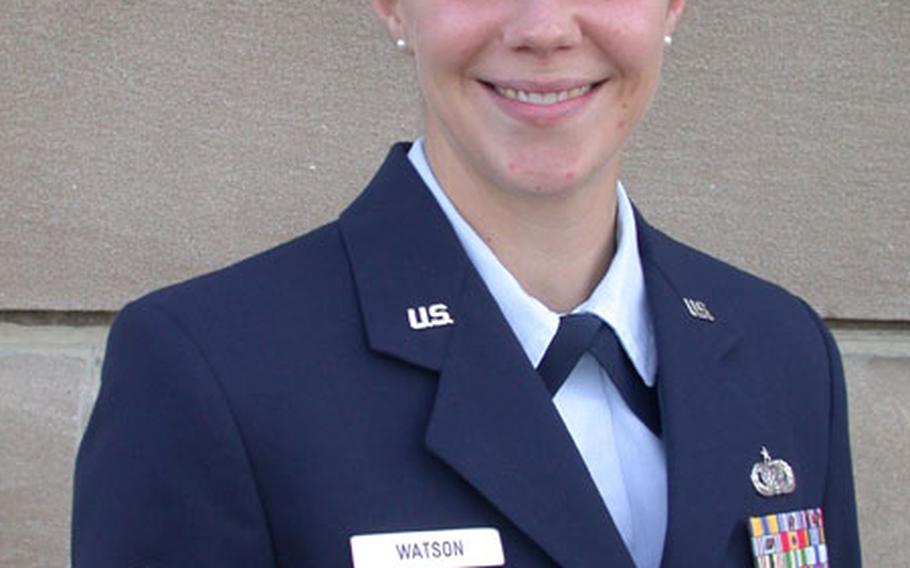 The name tags &#8212; small silver-colored metal rectangles with the servicemember&#8217;s last name deeply engraved in blue &#8212; will be mandatory on the service dress uniform and all pullover sweaters.

The new tag is a notable change, because Air Force personnel did not wear any kind of name tag on the service dress jacket introduced in the mid-1990s, Maj. John Thomas, a spokesman for the Air Force&#8217;s Personnel Center at Randolph Air Force Base, Texas, said Wednesday.

The service dress jackets that preceded the ones now worn did have a name tag, but it was blue plastic with white lettering, the same as the tag worn on the long sleeve and short sleeve &#8220;blue&#8221; shirt or blouse, Thomas said.

Enlisted personnel are supposed to receive one metal name tag from their unit; any additional purchases are their personal responsibility, Thomas said. Officers have to buy their own tags.

But some enlisted have decided to go ahead and buy their own tags anyway, like Staff Sgt. Jennifer Watson, an information assistant in the Pentagon&#8217;s Office of Public Affairs.

Watson said Wednesday that she bought her metallic name tag last October, while assigned to RAF Mildenhall in England.

The tag cost her $9 at an independent clothing supplier, which Watson said she chose instead of using the military clothing sales outlet &#8220;because it was faster.&#8221;

Local military personnel flights have the instructions on file, should any Air Force personnel wish to review them, Thomas said.

How to wear new tags

Duty badge/command insignia: If you are an active male commander who wears a duty badge, the top to bottom sequence (with half-inch spacing) is command pin, name tag, and duty badge.

If you are an active woman commander who wears a duty badge, the top to bottom sequence is duty badge, command pin, name tag.

On the pullover sweater, the name tag must be worn on the wearer&#8217;s right side, with the bottom centered between the middle of the sleeve seam, and the seam of the neckline.

The name tag is not worn on the cardigan sweater.