Time running out on South Korea's Truth and Reconciliation Commission 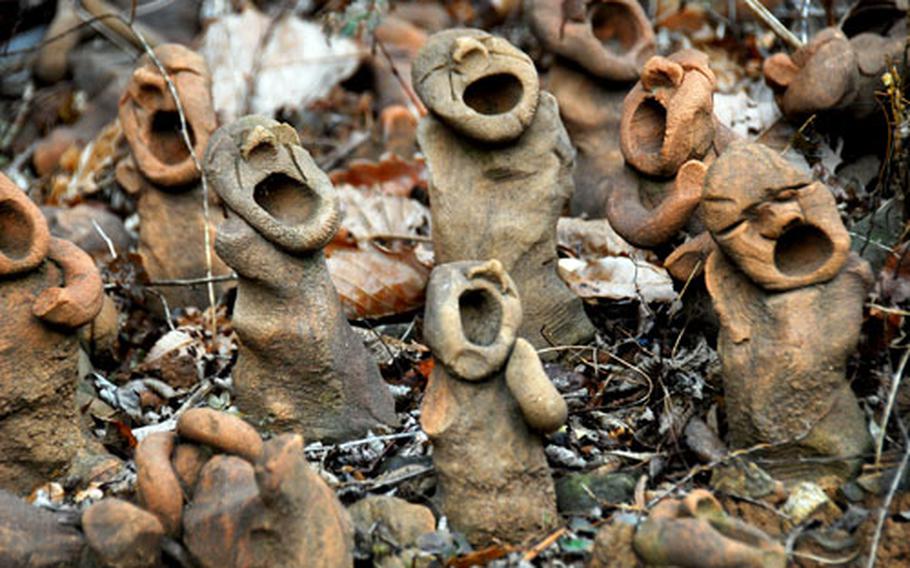 Dozens of small, clay figures are positioned near the entrance to a cave where hundreds of Koreans died during a 1951 U.S. air strike. (Ashley Rowland / Stripes)

Dozens of small, clay figures are positioned near the entrance to a cave where hundreds of Koreans died during a 1951 U.S. air strike. (Ashley Rowland / Stripes) 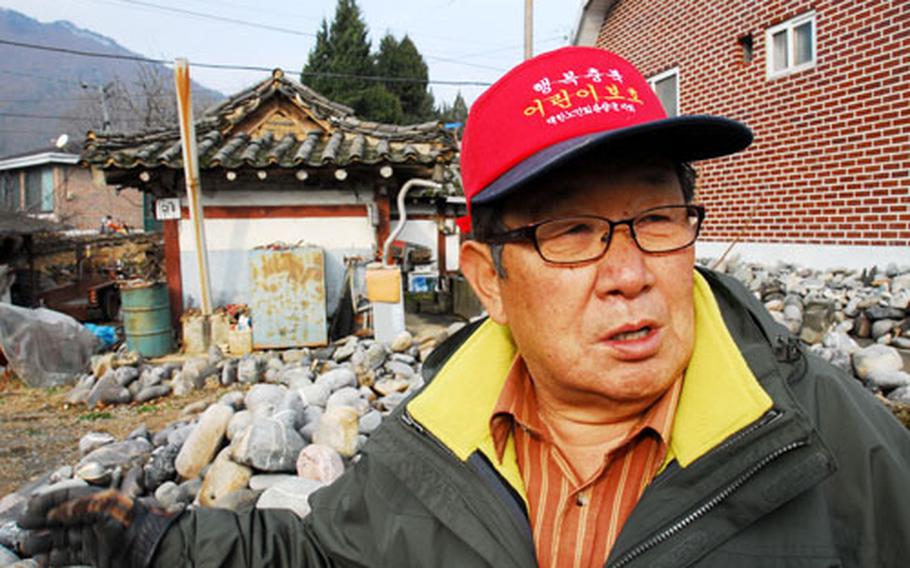 Um Han-won, 75, stands in front of a small shed that was the only structure to survive a U.S. bombing in 1951. Three hundred and sixty-five people suffocated inside a cave after inhaling napalm from a U.S. bomb. Um, then 16, was one of the cave’s 10 survivors. “I didn’t care if I died as long as I could take a breath one last time,” said Um, who lost 11 family members, including his mother and six siblings. “That was the only thing in my head I could think of.” (Ashley Rowland / Stripes) 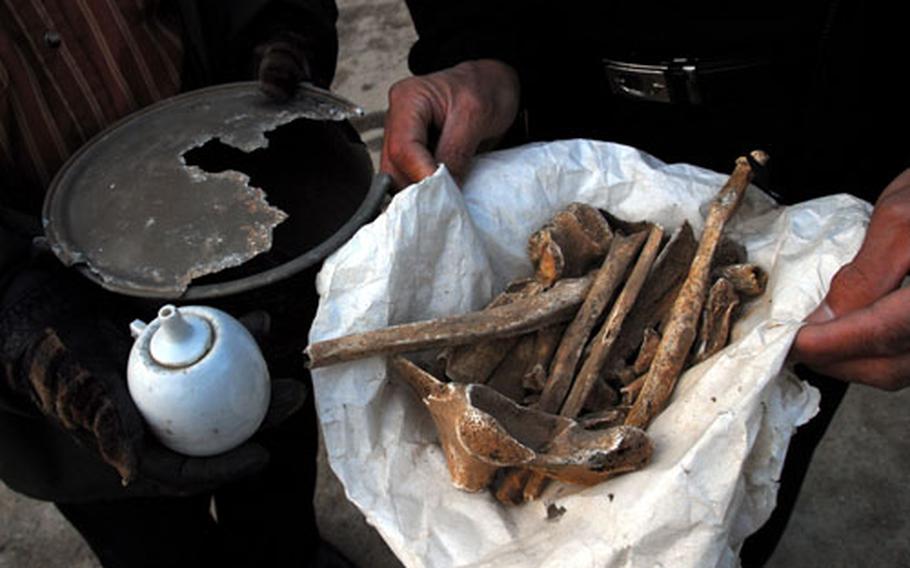 Um Han-won and Cho Byung-gyu hold a rusted rice bowl, a lantern and human bones found in the Gokgyegul Cave, where 360 people during a 1951 U.S. air raid. Many inside the cave were refugees who had fled the North Korean army and were blocked from moving further south by the U.S. military. Some refugees had lived in the cave for a week or longer before the raid. (Ashley Rowland / Stripes) 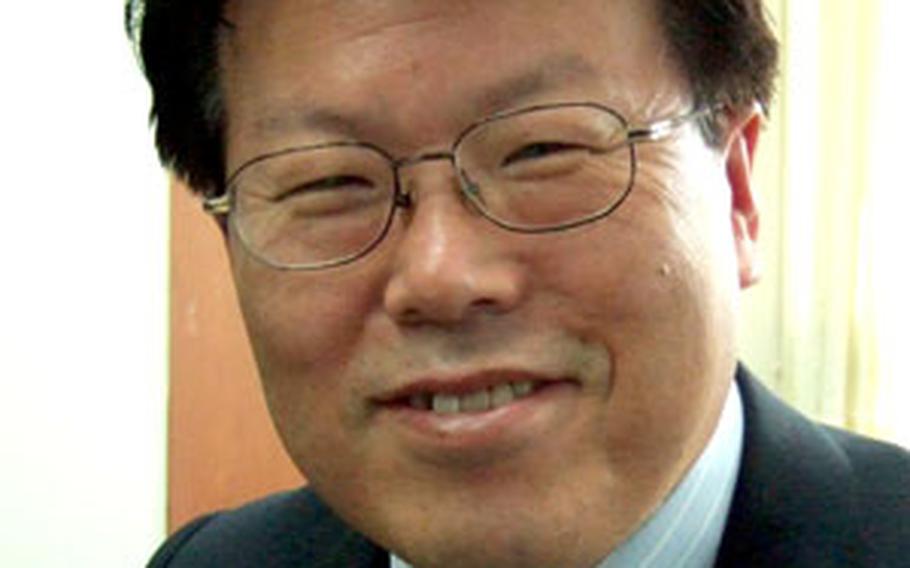 “Has the commission’s work been effective and productive?” said Lee Young-jo, president of South Korea&#39;s Truth and Reconciliation Commission. “No, absolutely not.” (Hwang Hae-rym / Stripes)

SEOUL, South Korea &#8212; A controversial South Korean commission is in a race against time.

In four months, the Truth and Reconciliation Commission, set up by South Korea in 2005 to investigate wrongs committed against its citizens by the government, will be disbanded. That means possibly thousands of incidents, from executions to the wartime killings of refugees, may remain uninvestigated, and South Koreans wrongly accused of crimes against the government may lose their only chance to clear their name. Advocates say the commission&#8217;s research is vital to the country. In addition to clearing individuals, the commission has investigated or is investigating more than 11,000 claims of atrocities, including civilian deaths from U.S. military operations in the Korean War.

South Korea was run by military dictatorships until the 1980s. Its history before then was marked by a series of bloody coups, massacres and sham trials of suspected communists and other dissidents.

Advocates say the commission is being shuttered because current President Lee Myung-bak and his conservative ruling party are uncomfortable with the scrutiny of the country&#8217;s past.

&#8220;The (Lee) government seems to have inherited it reluctantly from the previous government and would like to see it shut down,&#8221; Breen said.

Much of the commission&#8217;s politically charged work has been ignored by the South Korean government, which has rarely issued apologies for past atrocities, observers say. The commission, whose 15 members are appointed by different branches of the government, can recommend that government agencies or individuals make apologies or compensate their victims but cannot force them to do so.

But Kim Dong-choon, who served as the commission&#8217;s head researcher until his four-year term ended last month, said its work is important.

&#8220;To me, the definition of an advanced society is that the government or schools or media pay attention to these people&#8217;s cases and try to relieve their pains,&#8221; he said.

He said many case files sit untouched by the government because Lee Myung-bak&#8217;s main concern is North Korea, not addressing the country&#8217;s past. But the commission&#8217;s investigations still help the government build credibility with a public that has had little faith in its leaders because of its past &#8220;unimaginable&#8221; human rights violations, he said.

Park Tae-gyun, a professor at Seoul National University&#8217;s Graduate School of International Studies, said he expects the government to disband the commission or scale back its work, even though it has succeeded in remaining politically neutral in its investigations. He said the commission has been caught in a &#8220;power struggle,&#8221; with conservatives accusing liberals of turning the commission&#8217;s findings into weapons to attack them.

One such conservative is Lee Ju-cheon, a history professor at Wonkwang University and representative of the New Right Union, a right-wing political advocacy group. He said the commission has been run by left-wingers who oppose the Lee administration, not unbiased scholars.