Tilley: Objectives key in going from battlefield to business 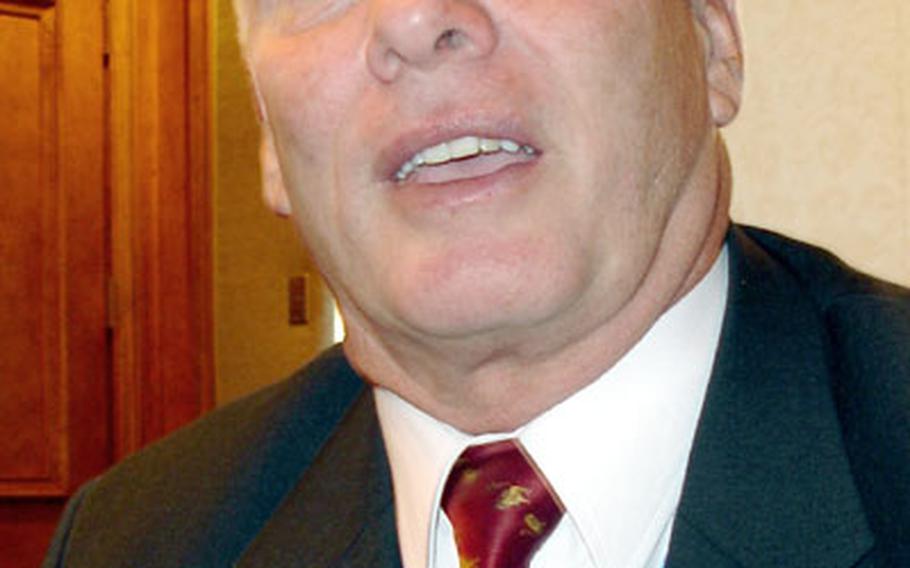 Sgt. Maj. of the Army Jack Tilley served as the 12th Sergeant Major of the Army from June 23, 2000, until he retired on Jan. 15, 2004. Tilley delivered a &#8220;Tribute to the Military&#8221; to open the National Veterans Small Business Conference on Tuesday in Las Vegas, and afterward sat down with Stars and Stripes.

Stripes: You talked very emotionally about being with the guys in Ward 57 over at Walter Reed (Army Medical Center in Washington) &#8212; when&#8217;s the last time you were there?

Stripes: There&#8217;s a large step between what this conference is about &#8212; helping disabled vets get federal contracts and guys coming off the battlefield who might want to set up a business. Could you offer them any advice?

Tilley: I really think you ought to set yourself some objectives, as to what you want to do, and I think the door&#8217;s open to anything you want to do, there&#8217;s no question about that.

I was in Vietnam. And I went through this process in Vietnam, and I had some emotional things I had to deal with because I was overrun (by the enemy), and people died and all that stuff. I can&#8217;t imagine the kinds of issues that soldiers today are going to have. The majority of our people who are wounded today are between 18 and 24. And they&#8217;re different kinds of wounds and stuff like that.

I think the best advice for them is to quickly understand what it is they want to do, and if they want to [start] a small business, the people are there to help them.

Stripes: Do you think we&#8217;re giving them enough help, as far as the emotional trauma?