Tillerson faces resistance from Europe over troop increase for Afghanistan U.S. Secretary of State Rex Tillerson participates in a Q&A session after delivering remarks on U.S.-Europe relations, at The Wilson Center, in Washington, D.C. on November 28, 2017. (Courtesy U.S. State Department)

U.S. Secretary of State Rex Tillerson participates in a Q&A session after delivering remarks on U.S.-Europe relations, at The Wilson Center, in Washington, D.C. on November 28, 2017. (Courtesy U.S. State Department) 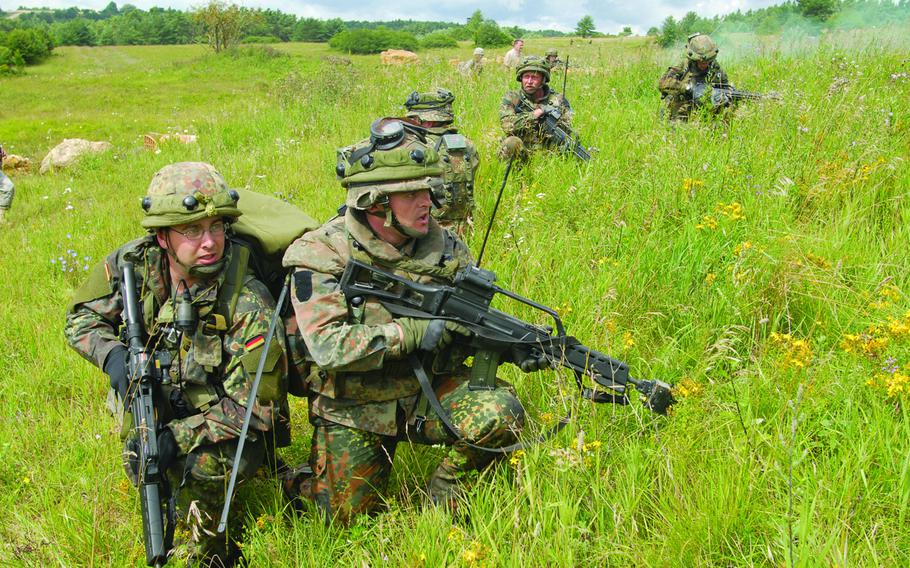 German soldiers train for deployment to Afghanistan at Hohenfels in 2005. Secretary of State Rex Tillerson is likely to ask NATO allies to supply more troops for the 16-year-old mission in Afghanistan when he arrives in Europe next week. (Seth Robson/Stars and Stripes) 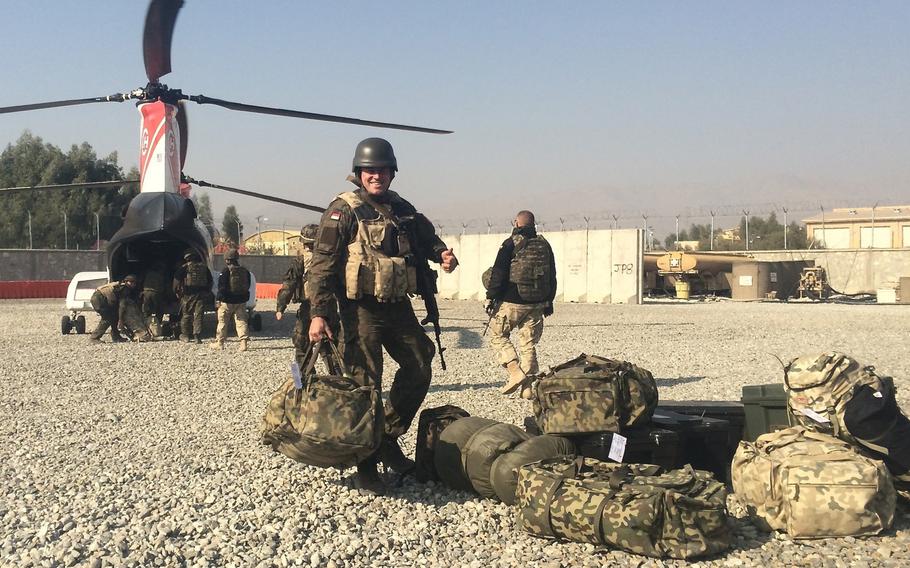 Polish soldiers unload their bags from a helicopter at the landing zone on arrival to Tactical Base Gamberi in eastern Afghanistan, Dec. 19, 2014. Secretary of State Rex Tillerson is likely to ask NATO allies to supply more troops for the 16-year-old mission in Afghanistan when he arrives in Europe next week. (U.S. Army)

STUTTGART, Germany — NATO allies will be under pressure to provide more troops for Afghanistan when Secretary of State Rex Tillerson arrives in Europe next week, but his push may face resistance even as more U.S. troops deploy to the battlefield.

Tillerson urged the allies Tuesday to commit “proportionate contributions of troops” to the 16-year-old war effort.

“NATO’s Resolute Support mission is essential to our shared goal of ensuring that Afghanistan develops the capability to contribute to regional stability and prevail over terrorist threats, including al-Qaida and ISIS,” Tillerson said at The Wilson Center think tank in Washington.

But so far there is little sign of appetite in Europe for doing substantially more in Afghanistan.

“The allies can do more,” said Shashank Joshi, a security analyst at the Royal United Services Institute in London. “The issue is they don’t want to do more. They have a much more cynical, pessimistic view of the country. For all those reasons, I don’t think you will see European allies pile in with the expectation that a final push is going to turn things around.”

Tillerson’s upcoming visit to NATO headquarters in Brussels comes one month after a similar stop by Defense Secretary Jim Mattis, who lobbied for more contributions from alliance members.

President Donald Trump also has called on NATO to match U.S. increases in Afghanistan, but commitments have come slowly. Afghanistan is not on the agenda when foreign ministers meet Tuesday, although the matter is likely to be addressed during informal talks.

NATO already has agreed to boost its Resolute Support Mission by 3,000 troops, with about half expected to come from non-U.S. members. But some analysts have expressed skepticism about the chances of success of another buildup in a war where 140,000 NATO troops were deployed just a few years ago.

Earlier this month, NATO Secretary-General Jens Stoltenberg said the alliance is still in the process of generating forces. However, NATO diplomats have indicated allies will fall well short of providing half the increase, possibly offering as few as 700 additional troops for the mission.

That could force the U.S. to fill any gaps. With U.S. force levels now at 15,000 — several thousand higher than was publicly known only a few months ago — there are indications that U.S. military leaders are already moving in that direction.

U.S. Army Gen. John Nicholson, the commander of American and NATO forces in Afghanistan, said Tuesday that a new strategy calls for sending more U.S. troops to be placed near the front lines, shifting advisors away from more secure bases.

“Yes, there will be greater risk, absolutely,” Nicholson told reporters from Kabul.

He said as many as 1,000 American troops would likely be conducting patrols and missions with Afghan forces at any given time once the fighting season begins in the spring.

The strategy is designed to “turn the corner” in Afghanistan, Nicholson said, echoing the rhetoric of a succession of war commanders and defense secretaries who have spoken for more than a decade about the prospect of improving battlefield conditions.