Thurman takes reins of V Corps at ceremony in Heidelberg 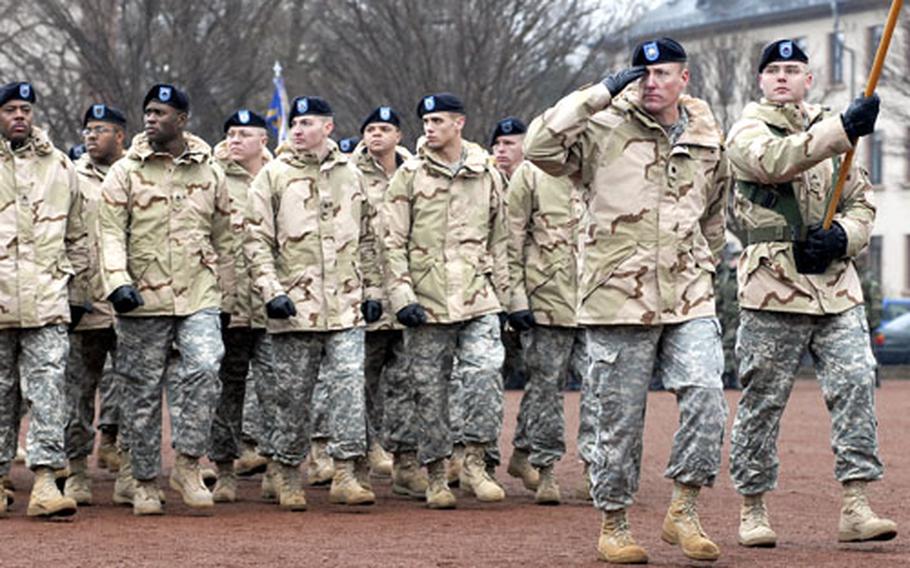 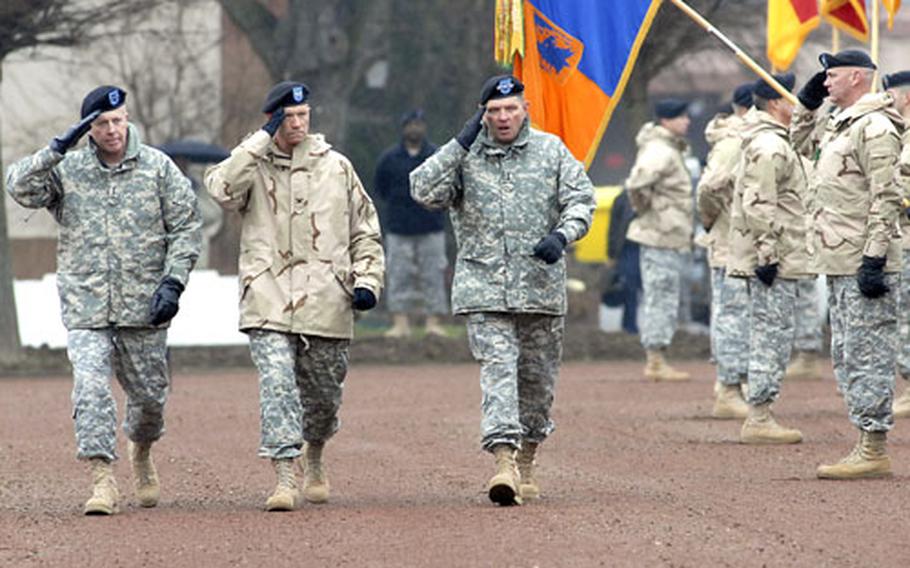 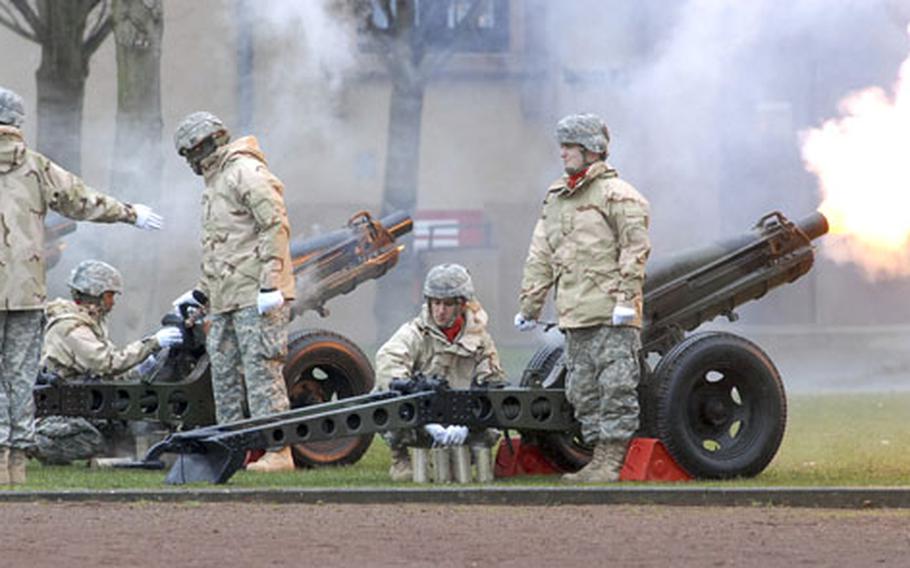 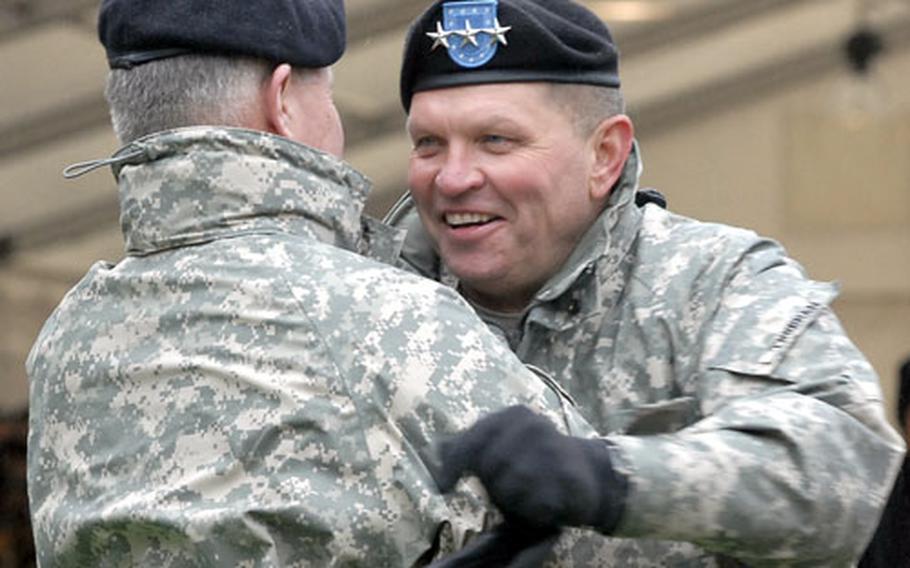 Lt. Gen. James Thurman, right, the incoming commander of V Corps, gets a hug and a handshake from U.S. Army Europe commander Gen. David McKiernan at the assumption of command ceremony for Thurman. (Michael Abrams / S&S)

Just back in November from a year commanding the 4th Infantry Division in Iraq, Thurman told the audience and the approximately 230 soldiers on the parade ground that he was glad to be serving his third Germany tour in a 31-year career that has been spent mostly in units &#8212; with just one stint at the Pentagon. &#8220;I promise to give you 200 percent every day,&#8221; he said.

The event also served as the official welcome home ceremony for V Corps&#8217; troops, who recently returned from Iraq.

The two generals, who were apparently comfortable with each other at the ceremony, slapping backs and hugging several times, go back a ways.

Thurman was McKiernan&#8217;s right-hand man in 2003 as chief of operations of the Coalition Land Forces Component Command, the ground force that invaded Iraq.

That lack of troops, whether coalition or Iraqi, would continue to be an issue in Thurman&#8217;s subsequent Iraq command.

In his second tour in Iraq, Thurman oversaw more than one campaign to try to contain daily carnage in Baghdad. Following each operation, he spoke of a failing insurgency, an increased feeling of security and a building confidence in the Iraqi military and police forces.

Asked about his previous statements Tuesday, Thurman said: &#8220;Sectarian violence is not going to be solved by the American soldier. There&#8217;s a political piece needed that I never saw come together over there.

When he left Iraq in November, he said, he felt he and his troops had worked to give Iraq a chance. &#8220;I think we&#8217;ve given Iraqis a tremendous opportunity to succeed, if they take advantage of it,&#8221; he said.

During his speech, he spoke German to the assembled guests in what seemed to be a heartfelt and difficult effort. Then he scored with his punchline: &#8220;Ich bin ein Heidelberger,&#8221; he said, to appreciative laughter.

When last year he commanded the 4th Infantry Division and was responsible for four provinces &#8212; with some 5,000 fewer troops than his predecessor &#8212; his command was reputed to be strict and by-the-book. Some soldiers complained about rules they thought irrelevant in a war zone, such as not smoking in government vehicles and a prohibition against opposite sex guests in tents and trailers.

Before Tuesday&#8217;s hour-long ceremony at a brief press conference, Thurman described himself first as a &#8220;soldier.&#8221;