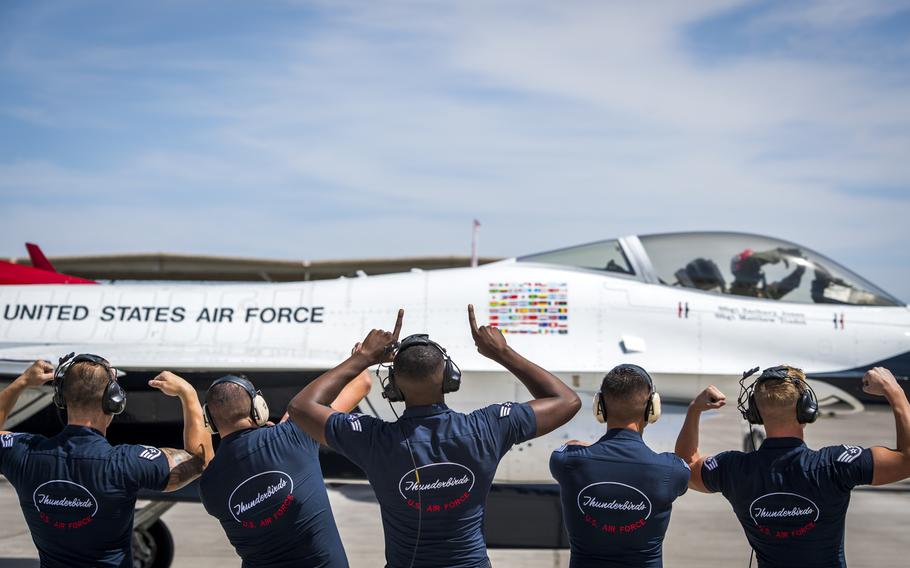 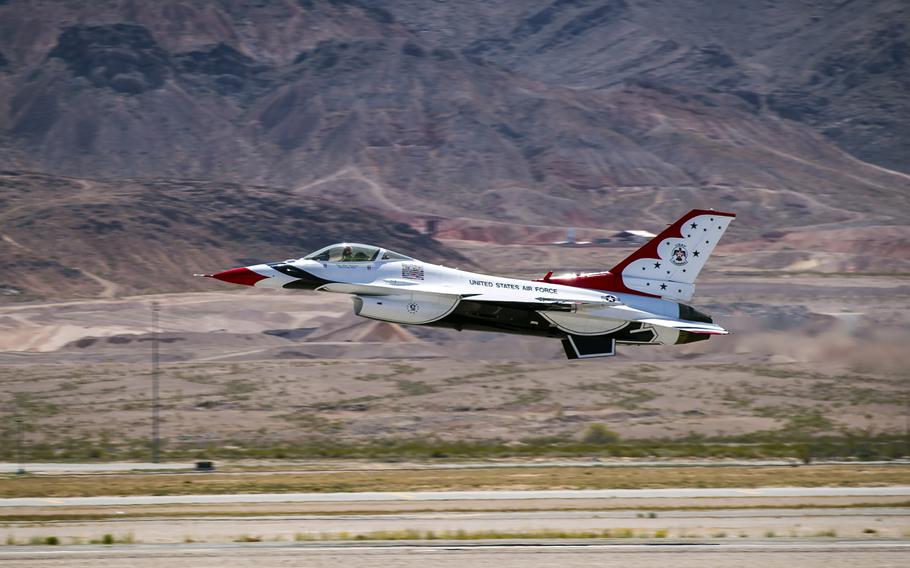 The elite aerobatic squad, assigned to the 57th Wing at Nellis Air Force Base, Nev., will resume its season May 19 and 20 in Virginia at Joint Base Langley-Eustis, the team said.

“The Thunderbirds look forward to safely resuming public shows at Air Power over Hampton Roads,” Lt. Col. Kevin Walsh, the team’s commander and lead pilot, said in a statement, referring to Langley’s biennial air show. “It’s been challenging to get us to this point, but the team is resilient, focused and ready to get back to our mission of recruiting, retaining and inspiring.”

The Thunderbirds said in a statement that the return to regular performances is a milestone as they recover from their first fatal mishap in 36 years. Gen. Mike Holmes, Air Combat Command commander, gave the green light for the resumption of air shows, officials said.

The Thunderbirds paused training and canceled public performances after Del Bagno, 34, crashed his jet during routine training on the Nevada Test and Training Range. They resumed practice last month.

Del Bagno was the slot pilot in the No. 4 jet, according to the Thunderbirds. He was an experienced pilot who had logged more than 3,500 flight hours in more than 30 different aircraft, including 1,400 hours as an Air Force pilot. Before joining the Air Force in 2007, he was a civilian flight instructor, corporate pilot, skywriter and banner tow pilot. His last job before the Thunderbirds was as an F-35A evaluator pilot and chief of standardization and evaluation at Eglin Air Force Base, Fla. He joined the Thunderbirds in November.

The cause of the crash is still under investigation.

After Langley, the Thunderbirds have demonstrations planned at 26 locations across the United States, as listed on their 2018 schedule, according to their website.