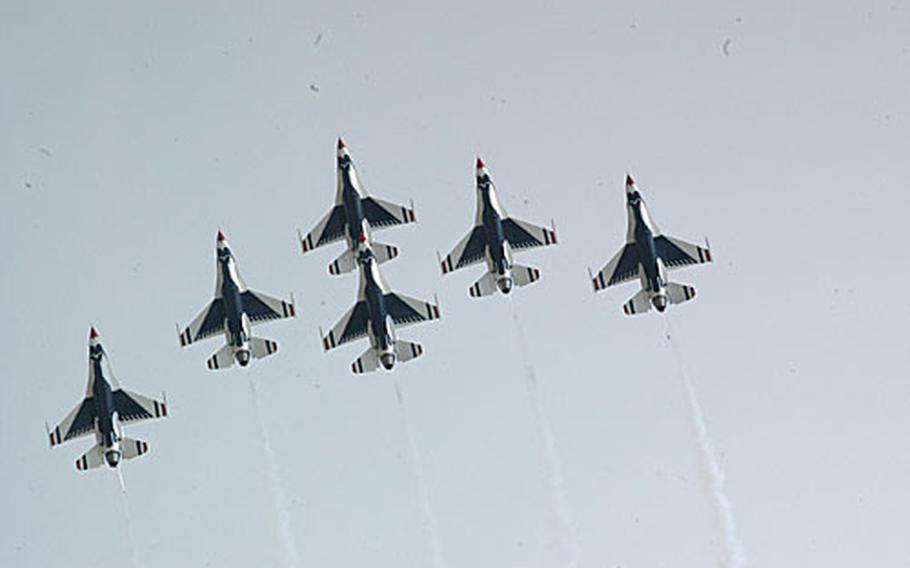 The skies cleared up over Aviano Air Base, Italy, just long enough for the Thunderbirds to perform Wednesday. (Kent Harris / S&S)

The skies cleared up over Aviano Air Base, Italy, just long enough for the Thunderbirds to perform Wednesday. (Kent Harris / S&S) 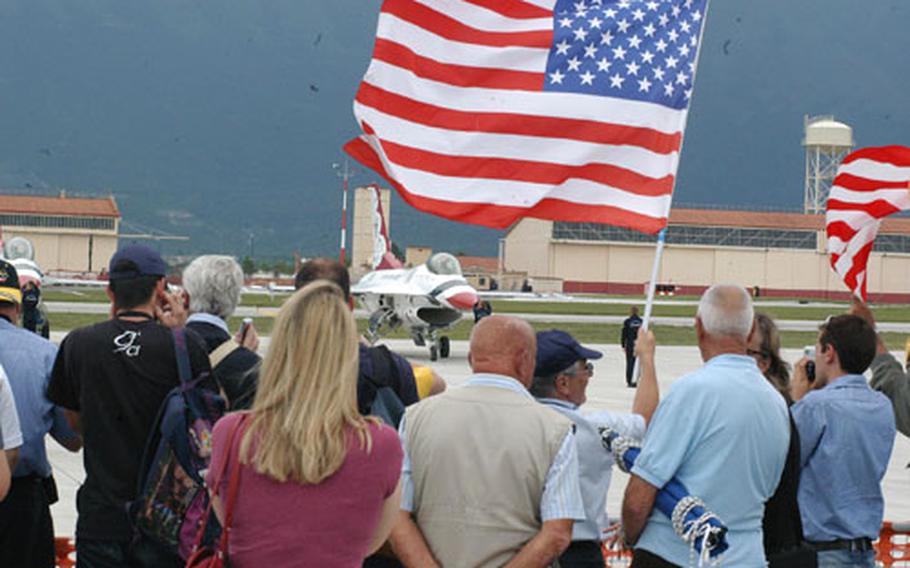 Thousands of Americans and Italians gathered Wednesday to watch the Thunderbirds perform over Aviano Air Base. The six F-16s spent a little less than an hour in the sky, entertaining spectators with a series of aerial maneuvers. (Kent Harris / S&S) 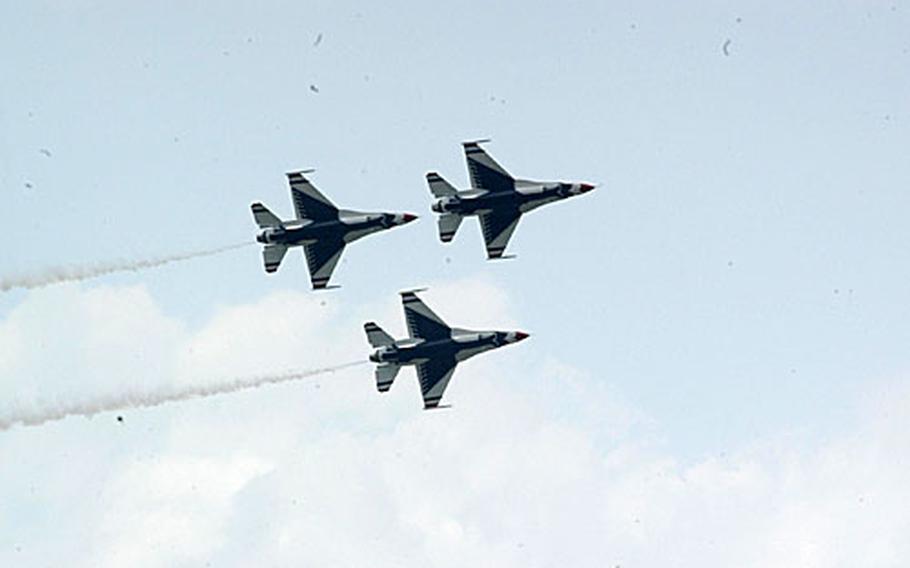 Ominous clouds suddenly drifted away right before the show. Then they were back with a vengeance later, with rain, lightning and thunder replacing the Thunderbirds. (Kent Harris / S&S)

AVIANO AIR BASE, Italy &#8212; Maj. Chris Austin has flown an F-16 over the skies of northern Italy plenty of times.

But as a member of the 510th Fighter Squadron, he never had a chance to even attempt some of the maneuvers he completed Wednesday. Those kind of aerial feats are left to the likes of the Austin&#8217;s current unit, the Thunderbirds &#8212; the Air Force&#8217;s air demonstration squadron.

But there were plenty of Americans and Italians on hand Wednesday who wanted to see Austin and his colleagues perform some tricks. And perform they did.

He was probably referring to the six specially marked F-16s that he had just watched perform in the skies above Aviano. But on the ground, for people to check out up close, were an F-16 based at Aviano, two F-15s from RAF Lakenheath, an A-10 from Spangdahlem Air Base and two Hornets from the Italian Air Force&#8217;s 36th Fighter Wing based at Gioia Del Colle.

There were even a couple of C-17s parked off in the distance, though they weren&#8217;t really a part of the show.

Once the show got started, though, all eyes were on the Thunderbirds. And more than a few onlookers were envious of those performing.

Austin said he&#8217;s a bit envious of those still based at Aviano.

He served with the 510th from 2001 to 2005. Maj. Scott Poteet, another pilot performing Wednesday, was based in the 555th Fighter Squadron at Aviano at one point.

His wife, Maj. Sia Austin, flew in from the States to catch the show and catch up with some friends.

Not long after, people were scurrying for cover as the dark clouds that drifted away right before the planes took to the skies returned. The pilots and crew were able to perform, land and sign plenty of autographs before clouds were back again.

That left the skies without the Thunderbirds, but with plenty of rain, lightning and thunder. And the prospects for a wet fireworks show.