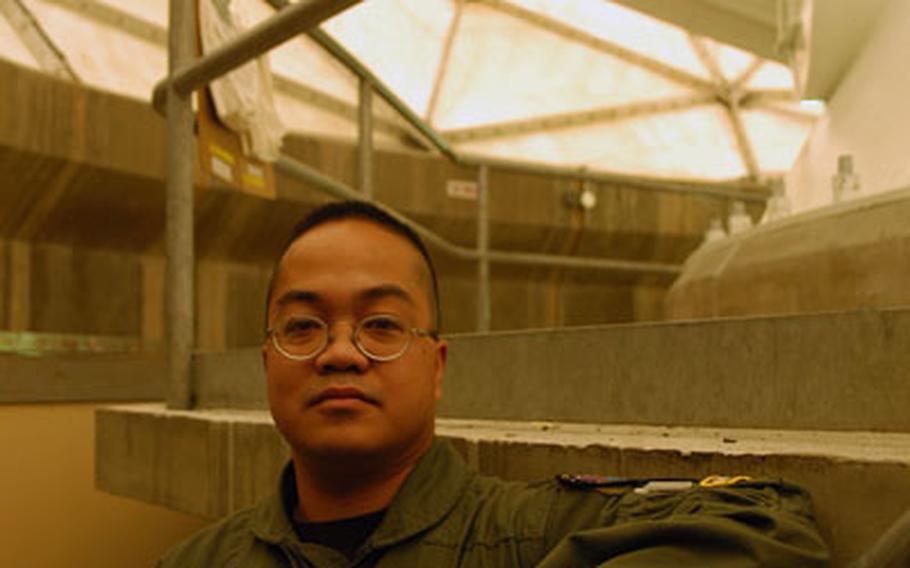 Newly sworn-in commander of Detachment 3 Capt. Florian DeCastro stands under one of the three massive satellite dishes that make up his array at Thule Air Base, Greenland. Housed in the golf ball-esque "radomes," the dishes can locate and connect with various types of satellites, from weather to surveillance, as they come over the top of the planet. (Ben Murray / S&S)

Newly sworn-in commander of Detachment 3 Capt. Florian DeCastro stands under one of the three massive satellite dishes that make up his array at Thule Air Base, Greenland. Housed in the golf ball-esque "radomes," the dishes can locate and connect with various types of satellites, from weather to surveillance, as they come over the top of the planet. (Ben Murray / S&S) 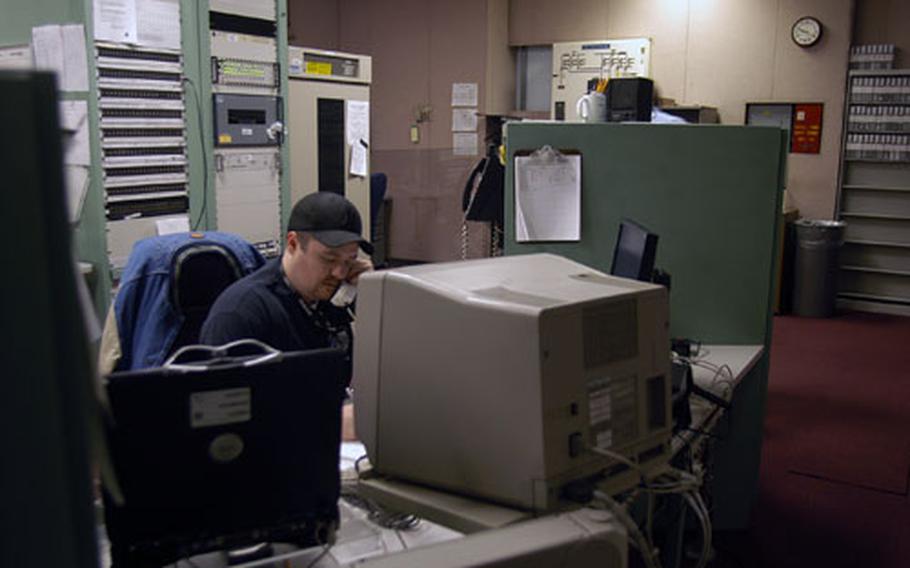 Automated remote tracking station operator Sean Lohr performs a "support" recently at Detachment 3 at Thule Air Base, Greenland, by turning one of the unit&#39;s three large dishes to make a connection with a satellite in polar orbit. (Ben Murray / S&S) 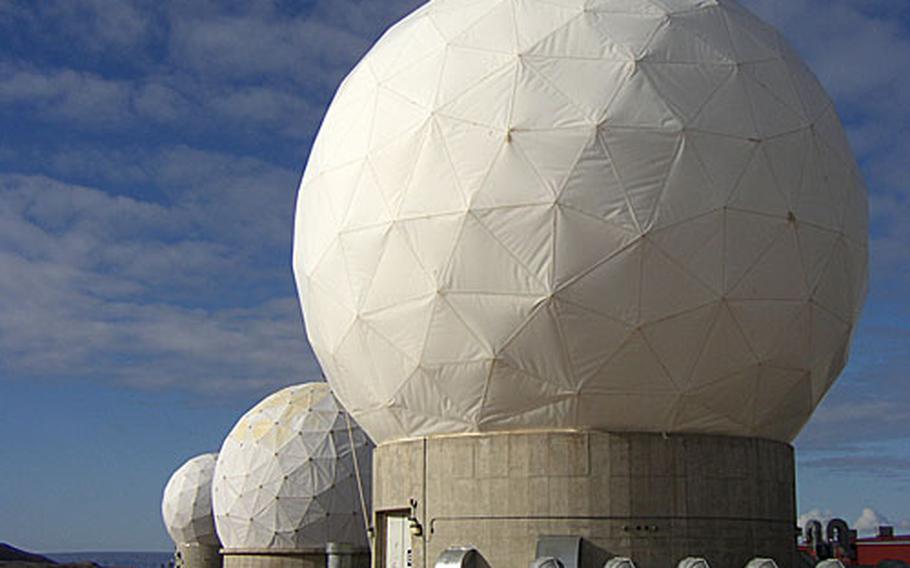 The three "radomes" at Thule Air Base in northern Greenland house the powerful satellite dishes of Detachment 3 of the 22nd Space Operations Squadron in a low valley hundreds of miles north of the Arctic Circle. (Courtesy of the U.S. Air Force)

THULE AIR BASE, Greenland &#8212; Somewhere high above the planet, a reconnaissance satellite takes a photo of a Baghdad street corner and stores it in its memory.

Such satellites also can gather information on a storm front headed for Europe, or the American South, or virtually anywhere else on the globe.

Downloading data from a complex hunk of metal tearing through the cosmos at thousands of feet per second, it turns out, can be a little complicated.

Few do it better or more frequently than the members of Detachment 3 of the 22nd Space Operations Squadron at Thule Air Base in northern Greenland, where the U.S. Air Force maintains three large satellite dishes.

The dishes are connected to what is known as the Air Force Satellite Control Network, eight similar stations positioned around the globe. &#8220;Det 3,&#8221; as it&#8217;s called, provides access to many of the world&#8217;s military and civilian satellites.

For example, if a military weather or intelligence agency needs information from a satellite that has just made a pass north, it contacts Det 3. The operators in Thule then aim one of their dishes at the requested satellite, download the information and pass it along to the owner, according to DeCastro.

It&#8217;s called telemetry, and it&#8217;s one of three basic interactions the operators can have with the satellites. The station can also track specific satellites to determine their speed and position in orbit, or send information up to them to command them to move or adjust their position, DeCastro said.

Requests can come from a range of customers, he said, from the agency that runs the national weather agency to NATO organizations to NASA.

&#8220;From the president on down &#8230; to your Army unit that wants visual on said site,&#8221; DeCastro said, his unit can contact their satellites and pass along information from them.

To do the job, which in 2006 included 21,462 satellite contacts, Det 3 has an extremely small military staff &#8212; just DeCastro and one other airman. The bulk of the operation is handled by a staff of 20 to 30 civilian contractors, who perform the contacts on the station&#8217;s three dishes all day, every day.

It&#8217;s a small, busy operation, and one of the more dynamic in the AFSCN system, said Sandi White, Det 3 station manager, who has worked at Thule and other satellite control sites since 1979.

Det 3 is set a little apart from the rest of Thule Air Base, with just a main building connected to the golf-ball-like &#8220;radomes,&#8221; a short drive from the center of the facility.

It&#8217;s equipped with a small cafeteria, gym and a day room with couches in case the staff gets snowed in or cut off by storm conditions.

Inside the spherical radomes are large, light-colored satellite dishes that can move with surprising speed when tracking satellites, swiveling to keep up with, for example, a low-orbit weather satellite.