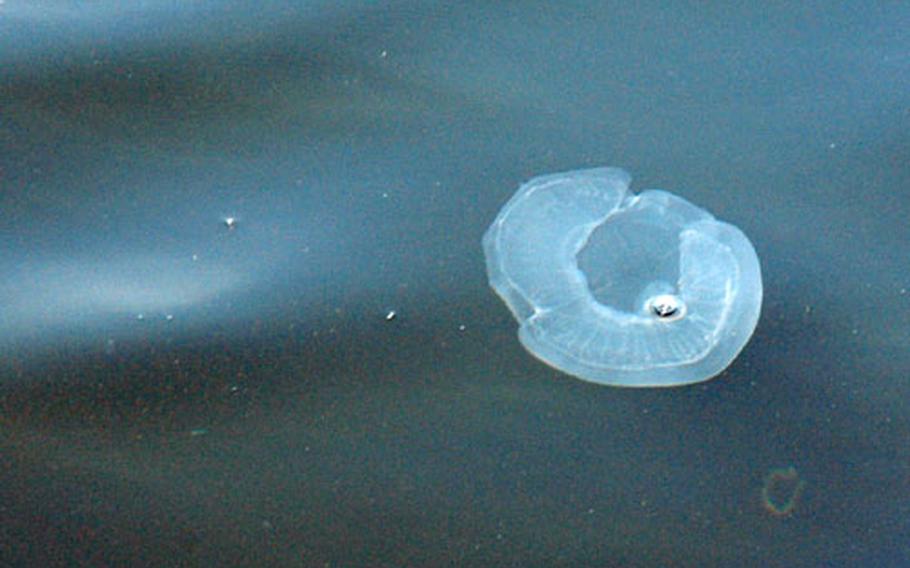 Tokyo Bay swimmers share the water with diaphanous jellyfish like this one. This particular kind doesn&#39;t sting, but collisions with them can get gooey. (Allison Batdorff / S&S)

Tokyo Bay swimmers share the water with diaphanous jellyfish like this one. This particular kind doesn&#39;t sting, but collisions with them can get gooey. (Allison Batdorff / S&S) Lt. Cmdr.Thomas Cooney watches the swimmers in Tokyo Bay Friday morning. Though currently out of the water with a shoulder injury, Cooney is a part of the group that swims 3,000 meters in the bay every Friday morning. (Allison Batdorff / S&S) 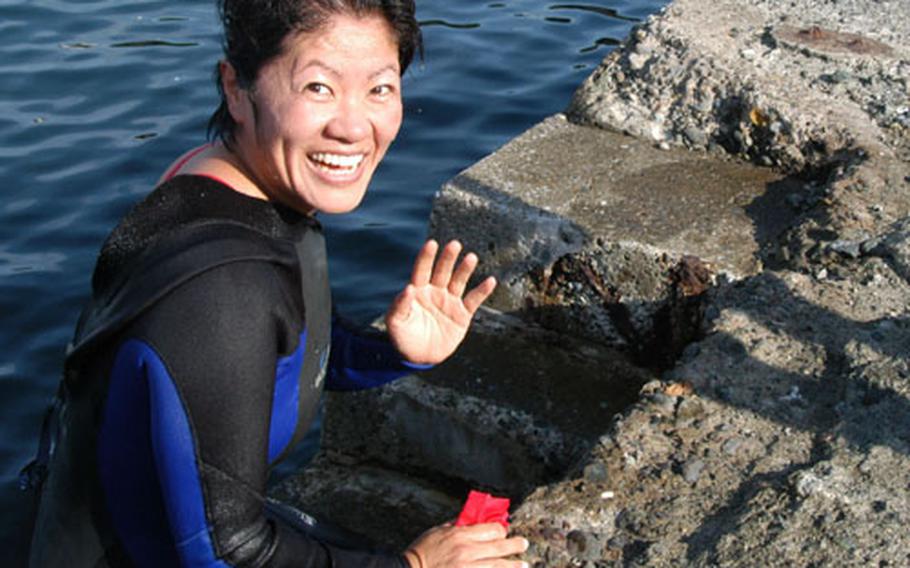 Swimming the 500-meter lap in the open water was "quite an accomplishment" for Yokosuka spouse Jeanie Kim, whose first open water attempt in the spring had her staying very close to the rescue kayaks. (Allison Batdorff / S&S) 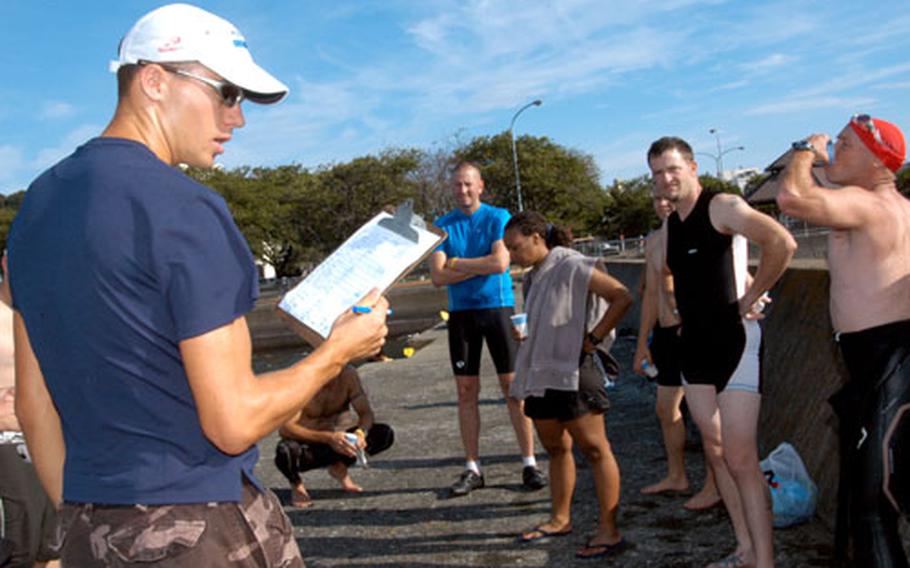 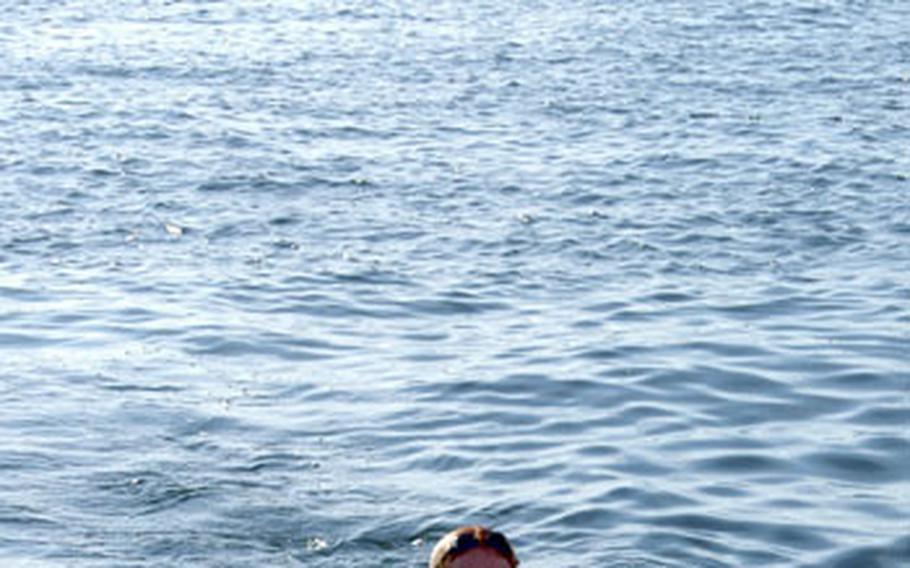 "Jellyfish make you swim faster" was the conclusion reached by Navy spouse Andrea Morris Friday after she and a dozen others hopped in the Tokyo Bay near Yokosuka’s Green Bay Marina for a swim. (Allison Batdorff / S&S)

"No, there are two!" said Paul Dowd, his petty officer first class colleague at Yokosuka Navy Information Operations Command. "And if I get stung &#8230;"

He left the threat open-ended for Bovetz to fill in the blanks.

Compared to the sanitized, placid waters of a swimming pool, Tokyo Bay is a whole different animal, Bovetz said. An animal like a jellyfish, for instance.

"Swimming here is a completely different entity," Bovetz said. "I freaked out the first time when I put my head in the water. This is try No. 2."

About a dozen, some in caps and wetsuits, others in trunks and goggles, gathered Friday for the third "Beat the Heat" swim of the summer. Swimmers completed one or two 500-meter laps.

"These events have gone over surprisingly well," Nelson said. "One day, we had some red tide, but most of it washed out by the time we got in the water."

Jeanie Kim, a Navy spouse and triathlete-in-training, was in the water that red tide day and "just kept her mouth shut" while swimming, she said. Kim&#8217;s concern was more critter-centered. Though the white, diaphanous jellyfish crowding the bay don&#8217;t sting, others do.

But even without stingers, swimmer-jellyfish collisions can be unnerving.

"I hit one with my foot," said Navy spouse Andrea Morris after her swim Friday. "It felt like a glob of goo. But it made me swim faster."

"It was like running into a squishy melon," Palumbo said.

MWR civilian Mark Richards recently competed in a 10K open-water race from Zushi to Enoshima where a jellyfish stung him in the neck, leaving white spots dancing in front of his eyes and an angry red welt on his body.

"I was so close to the end of the race," Richards said, explaining why he didn&#8217;t stop swimming. "Even if I had to emergency backstroke, I was going to finish."

But jellyfish aren&#8217;t the only excitement in the water.

"We were almost run down by one of those," Leach said Friday, gesturing to the enormous cargo ships moored at Mikasa Park. "That was pretty exciting."

But those who love the open water don&#8217;t scare easily, and if they do, they come back to conquer their fears.

Kim said she stayed near the buoy and treaded water her first time out. But Friday, in a head-to-toe wetsuit, she braved the entire 500-meter loop.

And Dowd didn&#8217;t have to make good on his unnamed threat, but he did swallow some seawater, he said.