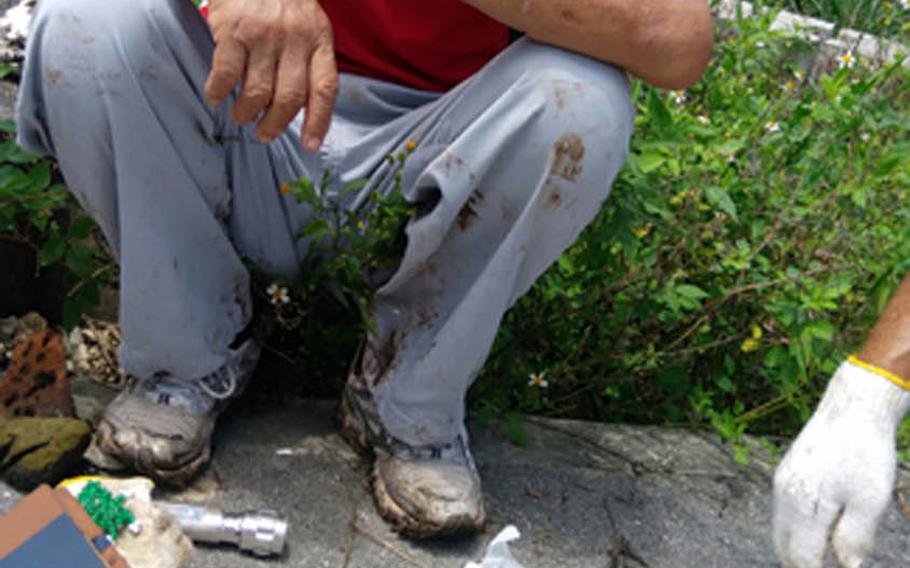 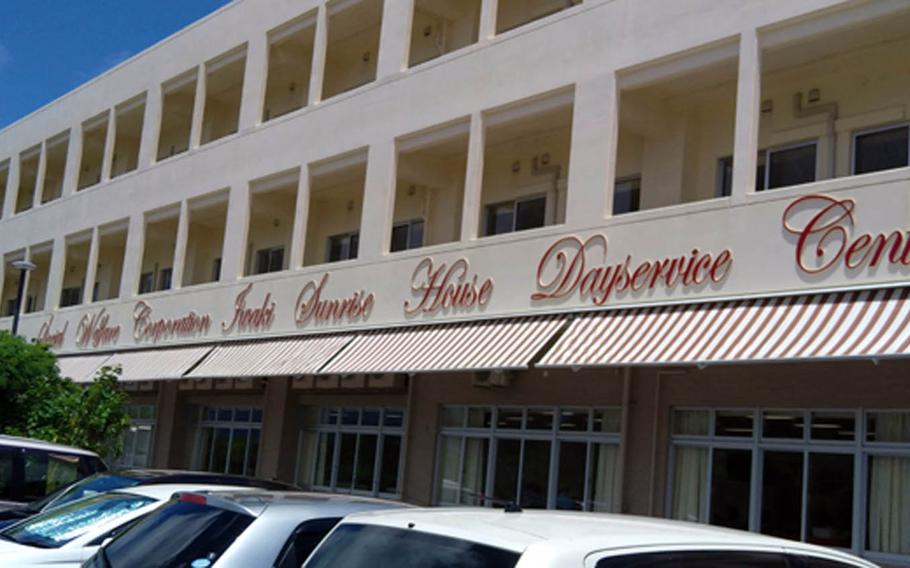 CAMP FOSTER, Okinawa — Hiroshige Nakazato stepped onto a stone ledge over a 30-foot drop as dime-sized mosquitos swarmed around him. The 72-year-old cave explorer grabbed a thick hanging vine, tugged on it twice and swung to another ledge in the darkness.

Nakazato is part of the Okinawa Lime Cave Association, a nonprofit dedicated to exploring the island prefecture’s caves, conducting surveys and recovering World War II-era remains. The men have spent the better part of their golden years playing Indiana Jones, battling snakes and dangerous spaces, surrounded in many cases by skeletons and unexploded ordnance.

“Our job [is] to recover remains from the caves where ordinary people cannot go,” said Heizaburo Yamauchi, 70, the association’s founder. “I have seen thousands of skulls.”

The group has recovered more than 2,000 sets of remains — including those of Americans — from the war, and their surveys of Okinawa’s underground complex of caves and discovery of artifacts have been invaluable to scientists and historians.

In 2007, the group found human remains dating to the Old Stone Age, the oldest ever found in Japan. It’s also responsible for discovering caves known today as Okinawa World, one of the prefecture’s most popular tourist attractions.

On a sweltering day in late June, Yamauchi, Nakazato and Mitsuo Matsunaga, a 63-year-old former taxi driver, went deep underground into Amachijo Gama, a cave beneath a hill that’s considered a sacred site in Nanjo City. The trio later emerged carrying a plastic bag filled with skull and bone fragments believed to be from an Imperial Japanese soldier from WWII; there were also several piles of unexploded ordnance in the cave, which is under a hill that has a senior day care facility on it.

“There were some more [remains] there,” Yamauchi said.

While the Okinawa Lime Cave Association was registered as a nonprofit in 2005, its roots go back to 1967, when Yamauchi explored his first Okinawa cave while visiting from the mainland with an academic cave study group. At the time he was still a college student, and part of the group’s activities were to assist locals in the recovery of their war dead.

“In late 1960s, there were so many of them,” Yamauchi said. “I remember riding on a 2-ton truck fully loaded with human remains while holding hand grenades on the truck bed to make sure they wouldn’t detonate.”

Okinawa officials say they are grateful for Yamauchi and the association’s efforts.

“We are extremely thankful,” said Yasuo Matayoshi of the Okinawa Prefectural Peace Memorial Foundation. “It is believed that there are still remains that haven’t been collected within the prefecture, so we are grateful for them to bring in what they find.”

Yamauchi said he found Okinawa’s caves to be enchanting — far different than most in mainland Japan. After graduating from college, he moved to the island to pursue his passion for spelunking.

“Before moving to Okinawa, I had visited about 800 caves throughout the mainland, but I learned that there were over 500 caves on Okinawa. I was fascinated and wanted to explore all of them,” he said.

“Exploring caves is very fascinating because they are the places where no one else in the world has ever set the foot in,” Yamauchi said. “That is the real thrill of a discovery.”

In 1974, Yamauchi made a discovery that has become one of Okinawa’s most popular tourist destinations, a cave system known as Gyokusendo, which is more widely known by its tourism name, Okinawa World.

Yamauchi had heard a legend about the cave, so he entered and got about a mile inside while conducting a survey. He returned later with a young government official.

“There was a place where water was gushing out,” Yamauchi said.

“I decided to go further in. I made [the official] stand there and told him to report to the authorities of my death if I didn’t come back. I could move forward for another mile or so. After that, I discovered that the cave was about three miles long in total.”

Of the 3 miles of cave Yamauchi discovered, only about 0.6 miles is open to public, he said. Gyokusendo is ranked as one of the largest cave systems in Japan.

Yamauchi and his fellow cave explorers made another big discovery in 2007 when they found nine pieces of human bone at Shiraho Sanetabaru Cave on Ishigaki Island.

Nineteen sets of remains were eventually discovered in the cave. In May, the Okinawa prefectural Board of Education announced they were about 27,000 years old — the oldest human remains found in Japan.

The association has mapped most of the Okinawa’s caves over the years, but there are few its members haven’t fully explored.

In recent years, Yamauchi has been beset by health issues that include a heart attack, kidney problems and stomach cancer, all of which has led to six surgeries in 2015. But that hasn’t stopped him from doing what he loves. Yamauchi marveled at how something as simple as surveying caves could contribute so much to the understanding of human history.

“I am OK now,” he said, as a grin formed slowly on his face. “I think I can continue for another five years or so.”