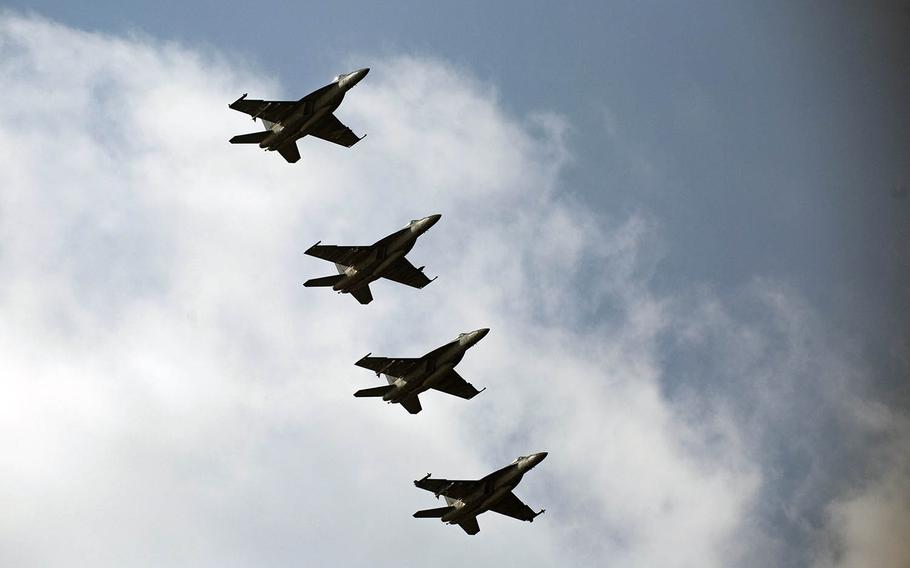 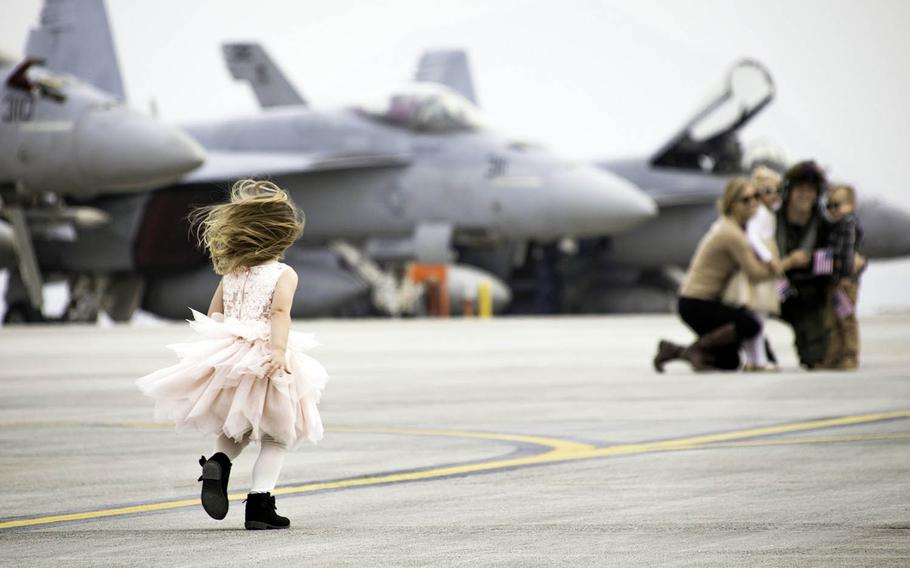 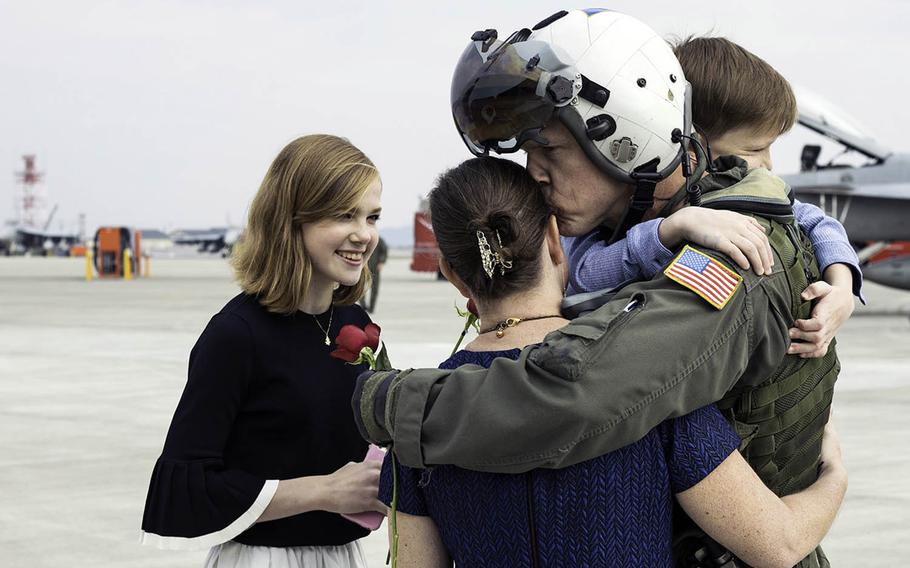 Strike Fighter Squadrons 115 and 195 and Electronic Attack Squadron 141 turned up at Iwakuni after participating in the carrier strike group’s routine fall patrol, the Navy said in a statement Tuesday.

“Today represents years of hard work and coordination between the U.S. and Japanese governments and we are looking forward to enjoying the hospitality and building new friendships with our Iwakuni hosts,” he said in the statement.

Two helicopter squadrons will remain at Atsugi. The Navy has yet to announce a timetable for the relocations of Strike Fighter Squadrons 27 and 102 and Fleet Logistics Support Squadron 30.

The relocation is part of the Navy’s goal of sending all of Atsugi’s fixed-wing aircraft to Iwakuni. The move, directed in May 2006 as part of the U.S.-Japan Roadmap for Realignment, was to be completed by 2014.

“The arrival of these initial Japan-based elements moves us ever closer to the culmination of years of planning and preparation here under the Defense Policy Review Initiative,” Iwakuni’s commander, Marine Col. Rick Fuerst, said in the statement. “This transformation was designed to both fulfill the United States’ strategic vision for its rebalance in the Indo-Asia-Pacific region, and to further strengthen the responsiveness and potency of our role in the U.S.-Japan security alliance.”

Iwakuni will undergo a physical transformation because of the relocation. The base is slated to get new schools, commissary, Marine Corps Exchange, family and unaccompanied housing, hangars, gym, childcare center, theater, administrative buildings, gas station and runway modifications.