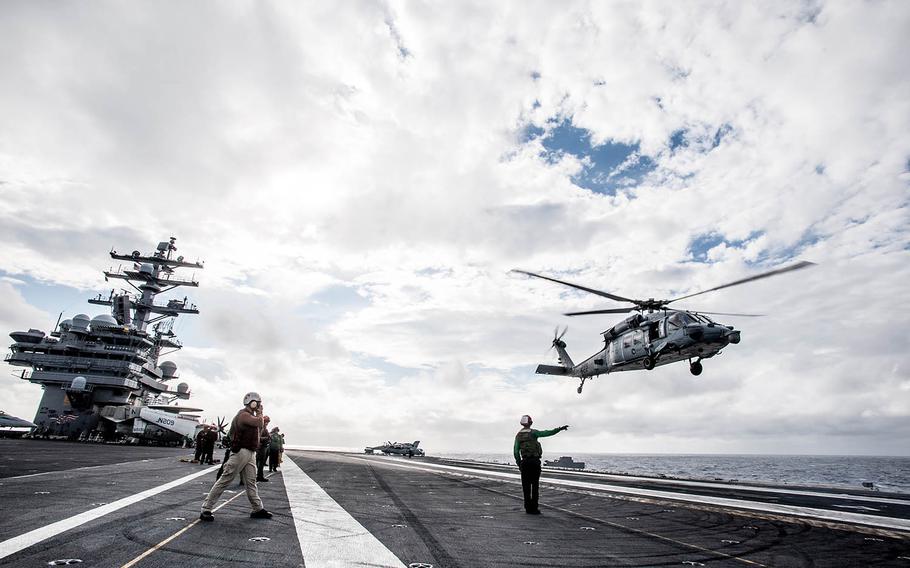 An MH-60S Seahawk takes off from the flight deck of the aircraft carrier USS Ronald Reagan in waters south of Japan in 2015. (Nathan Burke/U.S. Navy)

The sailors — whose names were not released — were among 12 hurt during an emergency landing on the flight deck shortly after takeoff on Oct. 19, the Navy said in a statement last week. The injuries “ranged from minor abrasions and lacerations to fractures.”

“The most seriously injured were medically evacuated off the ship to a hospital in the Philippines, while remaining injured are under evaluation by Ronald Reagan medical staff,” the statement said.

The conditions of the three who remain in the hospital were not released, per privacy laws. However, the Navy said all injured sailors were in “stable condition” after the crash.

The Yokosuka-based Ronald Reagan was conducting “routine operations” in the Philippine Sea with its strike group when the incident occurred.