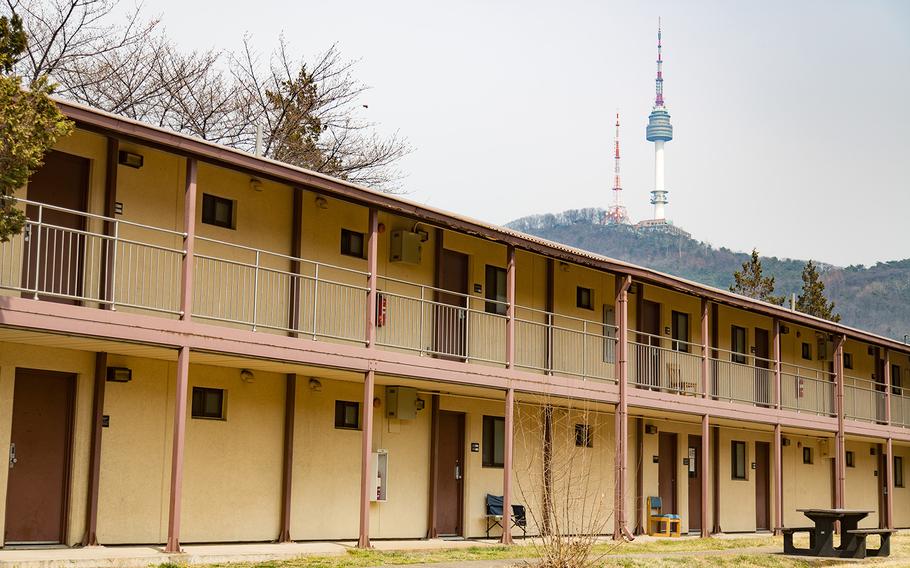 SEOUL, South Korea — Three South Korean companies have agreed to plead guilty and pay some $236 million in criminal and civil penalties for a “decade-long bid rigging conspiracy” involving contracts to supply fuel to U.S. military bases on the peninsula, the Justice Department said.

The companies — SK Energy Co. Ltd., GS Caltex Corp., and Hanjin Transportation Co. Ltd. — also agreed to pay a total of about $154 million to the United States for antitrust and false claims violations in separate civil claims, according to a statement.

The Justice Department said the criminal charges were the first to be announced in the investigation, which involved allegations that the petroleum and refinery companies and their agents conspired “to suppress and eliminate competition” during the bidding process for contracts from 2005 to 2016.

“Such a conspiracy is no less illegal for being hatched in South Korea, and as this case shows, federal law enforcement authorities can bridge the distance,” said Benjamin Glassman, U.S. attorney of the southern district of Ohio.

Some 28,500 U.S. servicemembers are stationed on several bases in South Korea, a staunch ally since the two countries fought together against the communist-backed North in the 1950-53 war that ended in an armistice instead of a peace treaty. The Defense Logistics Agency and the Army and Air Force Exchange Service are responsible for contracts with South Korean companies to supply fuel to the military bases.

The Justice Department said the three felony charges, which were filed Wednesday in the U.S. District Court for the southern district of Ohio in Columbus, involved contracts to supply fuel to all branches of service.

“We depend on companies like SK Energy, GS Caltex and Hanjin to provide valuable services to our military,” Assistant Attorney General Joseph Hunt said. “We will continue to ensure that fuel suppliers who contract with the federal government do not engage in corrupt practices at the expense of our nation’s military and the American taxpayer.”

The plea deals are subject to court approval, and the companies have agreed to cooperate with the ongoing criminal investigation, according to the press release.

Investigators found that the Defense Department “paid substantially more for fuel supply services in South Korea” than it would have had the three companies competed for the contracts.

The payments would exceed the amount of the individual overcharge and reflect the cost savings realized by avoid further litigation, according to the statement. They also would resolve civil claims for making false statements to the government, which stemmed from a whistleblower lawsuit, it added.

The FBI stressed the need to hold foreign as well as domestic corporations accountable for “anticompetitive conduct and fraudulent practices toward the United States.”

“The conduct by corporations in this case is particularly egregious as they targeted the U.S. military in a critically strategic region, defrauded the U.S. government and cheated the American taxpayers of millions of dollars,” said Amy Hess, FBI executive assistant director.

The companies that were cited, meanwhile, issued statements Thursday in Seoul promising to follow all rules in the future, according to the Yonhap News Agency.

SK Energy also offered a “deep apology” for causing trouble, while Hanjin Transportation said it “feels responsibility” for not being able to stop the scheme, the South Korean news agency said, adding that both companies promised to strengthen compliance to avoid future breaches.

GS Caltex was quoted as saying it has signed and entered into agreements to conclude the case with the Justice Department, but it declined to comment on specifics due to the ongoing investigation.