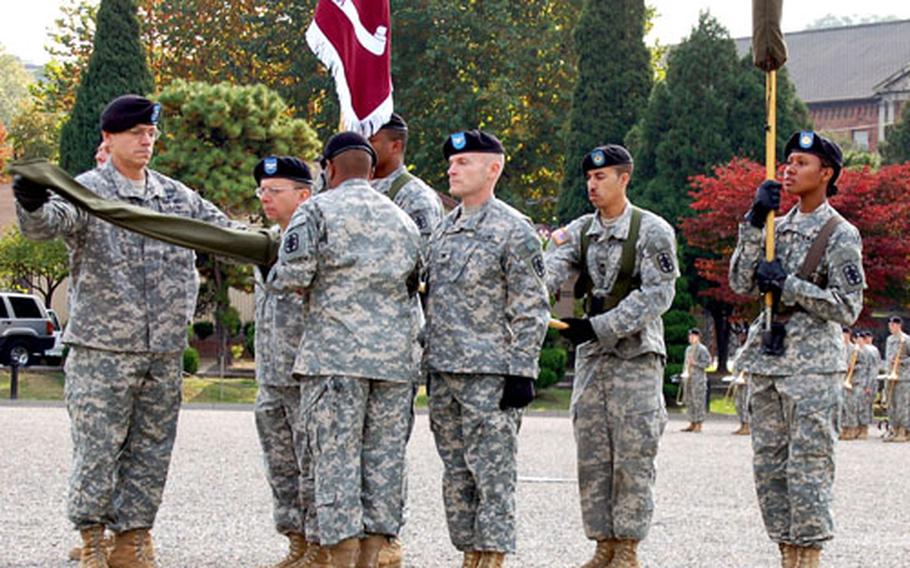 Bell, who has lobbied to &#8220;normalize&#8221; military duty in South Korea, authorized doubling the amount of billets allowing troops to bring their families to South Korea.

More family members will mean a greater need for things such as schooling and medical care, according to Bell.

&#8220;Tactical units are not designed to provide to do allergy or obstetrics and gynecology,&#8221; he said.

The redesignation won&#8217;t mean an immediate increase of medical personnel, but it will allow the command to eventually &#8220;get what we need, whether it&#8217;s civilian hires or more uniforms,&#8221; Jolissaint said.

&#8220;No longer will our medical commanders have to resort to begging for augmentation and speciality support,&#8221; he said.

They now &#8220;have the authorities to lay out their requirements, to directly hire multi-disciplinary medical professionals, and thus to build and grow a capability that provides more precise care for our servicemembers, spouses, children and civilians.&#8221;

Maj. Gen. Gale Pollock, acting Surgeon General of the Army, was at the ceremony.