Three hundred sign up for bone marrow registry in Rota 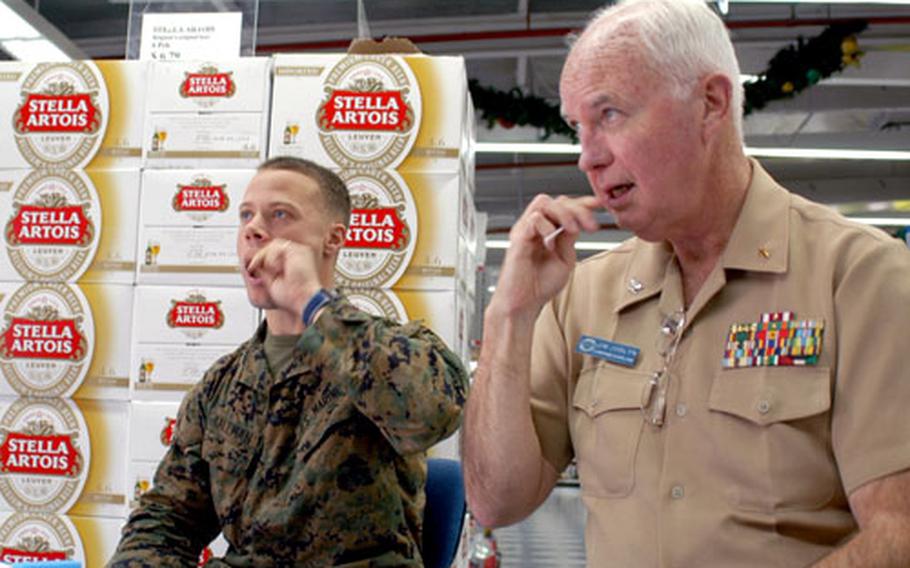 The cancer patient who received the U.S. lieutenant commander&#8217;s bone marrow seven months ago is alive, and that knowledge alone is satisfaction enough for Ventura, an internal medicine physician at Naval Station Rota, Spain.

Last week, nearly 300 Rota-based people took 40 seconds out of their day to have their cheeks swabbed &#8212; and as such, signed up for the national bone marrow registry.

The two-day drive, which Ventura helped organize, also honored a U.S. Navy SEAL whose enemy now is an aggressive strain of leukemia that threatened to kill him before he received a bone-marrow transplant.

&#8220;Whenever you hear about Marines or sailors, those who are in harm&#8217;s way and do the operations, when you hear them needing help like this, well they are near and dear to our hearts,&#8221; said Ventura, 31.

Justin, whose last name is not being disclosed by family or military officials because of the sensitivity of his military job, received the transplant Oct. 20 in Seattle.

&#8220;It was very successful,&#8221; his sister, Jodi Pinedo, said Monday in a phone interview from her home in New Jersey.

Doctors diagnosed Justin on June 2 with acute lymphocyte leukemia, an aggressive cancer of the blood that usually kills patients within months of diagnosis, Pinedo said. Then the family learned that neither of Justin&#8217;s two older sisters were matches. &#8220;That&#8217;s when I went on a rampage and started scheduling bone marrow drives.&#8221;

He found salvation from a 30-year-old woman in Germany, though they know nothing more about her.

The family does not know if the match came from drives sponsored by Justin&#8217;s family and friends, which took place in Japan, Belgium, Germany, and Italy, Pinedo said.

Samples from last week&#8217;s drive at the naval base in Rota have been sent to the Defense Department&#8217;s C.W. Bill Young Bone Marrow Donor Program in Rockville, Md., where they will be analyzed, cataloged, and filed with the national data bank for use by anyone needing a transplant.

Within the military, 17 active-duty and family members are waiting for bone marrow transplants, Ventura said.

More information is available at: www.dodmarrow.com.