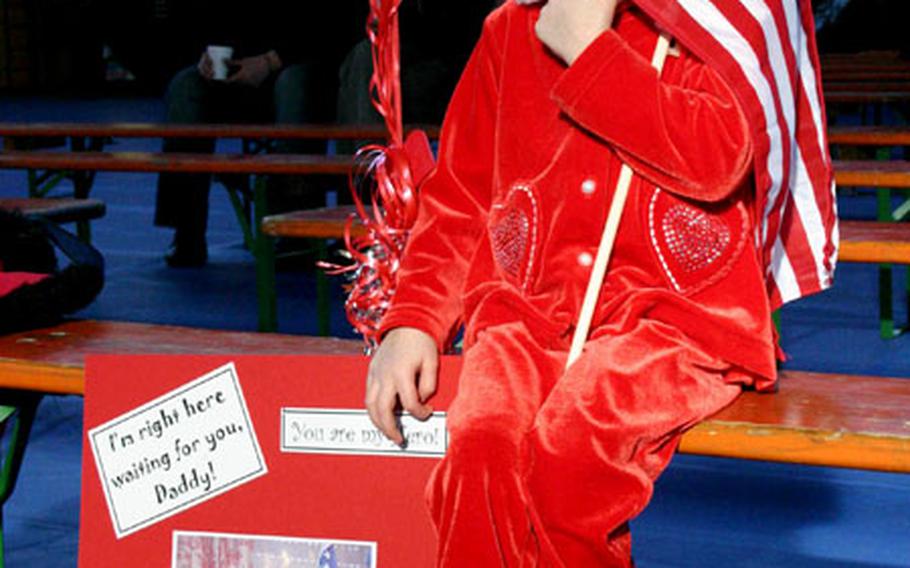 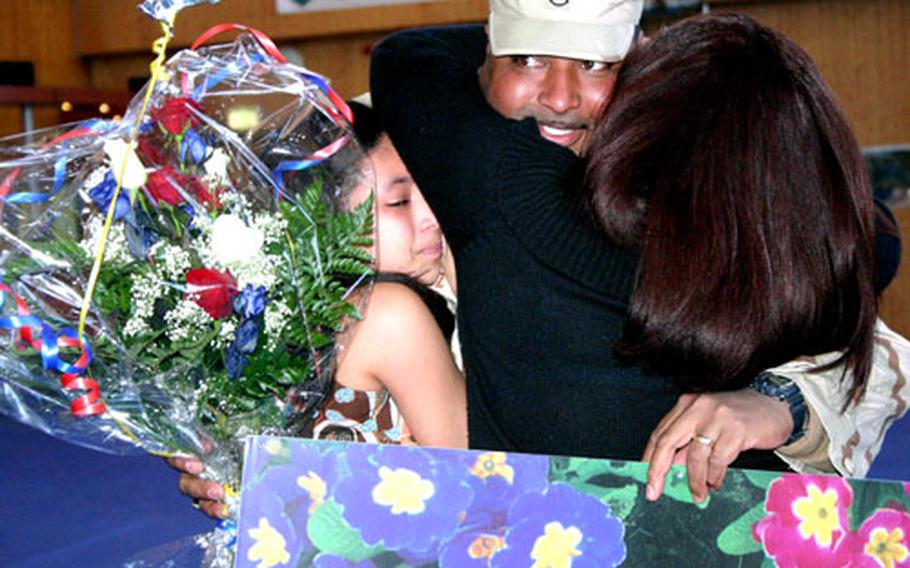 Soldiers from the 1st Infantry Division&#39;s 2nd Brigade were returning after a year in Iraq and are among the first Schweinfurt troops to return. (Kristen Chandler Toth / U.S. Army)

The trickle of returning Big Red One troops is turning into a flood.

The largest reunions took place in Bamberg, where 100 soldiers from the 1st Battalion, 33rd Field Artillery Regiment and 701st Main Support Battalion arrived in the afternoon; and Kitzingen, which welcomed home nearly 200 troops from the 701st MSB, the Division Support Command, and the 12th Chemical Company.

Nearly 12,000 Big Red One soldiers deployed to Iraq last February, making up the largest single slice of the Tikrit-based Task Force Danger, which patrolled a large and dangerous area north of Baghdad.

The task force commander, Maj. Gen. John Batiste, had hoped to send some troops home as early as December when their replacements from the 42nd Infantry Division, 3rd Infantry Division and many National Guard and Reserve units began arriving in the Middle East.

But after an upswing in violence that began in late October, the Pentagon decided to keep all but a few support troops in place for their full tours of 12-13 months through the critical national elections Jan. 30.

With those elections now completed, troops are returning home steadily. Division planners expect at least eight more planeloads of troops in the coming days, and returns will be almost continuous through mid-March.