Threat of new Russian incursion as violence flares in Ukraine 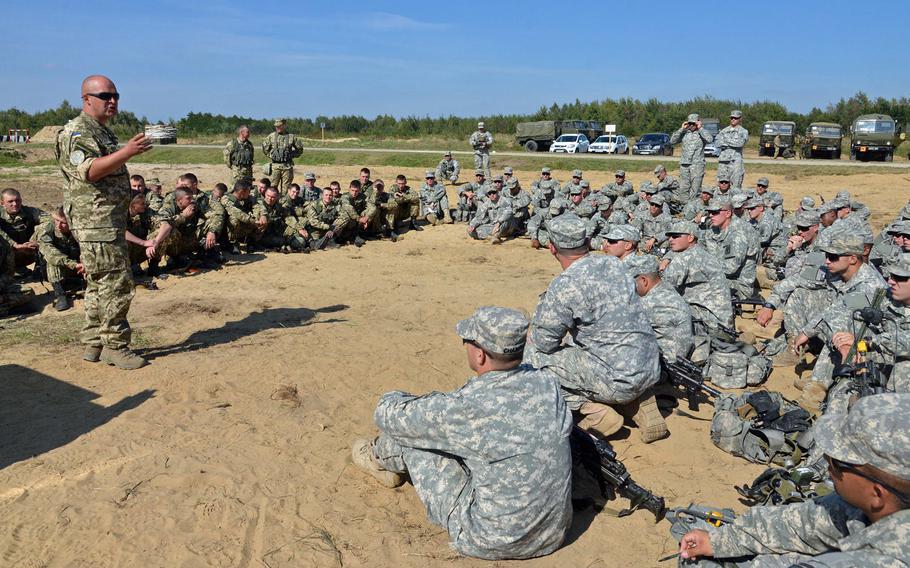 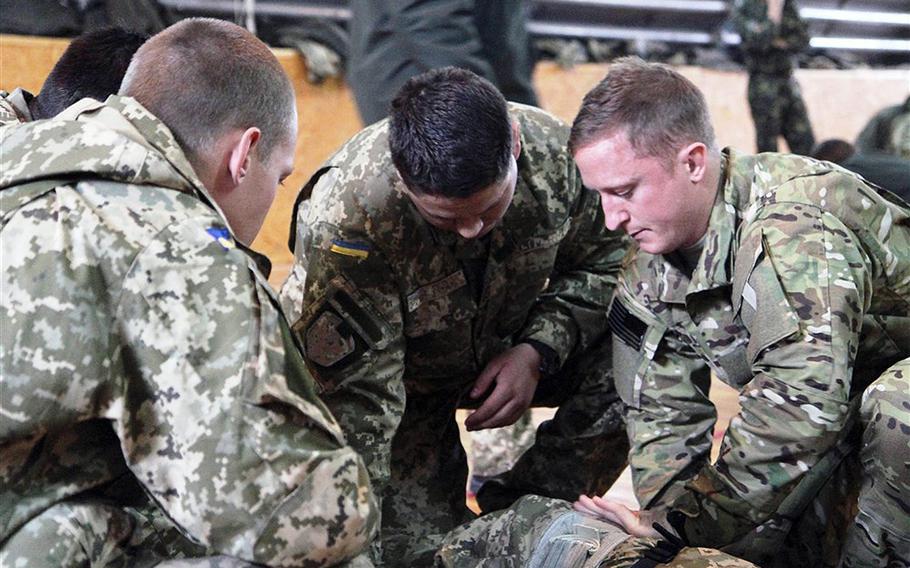 A U.S. Air Force Special Operations Medical Officer from U.S. Special Operations Command Europe demonstrates for Ukranian soldiers how to apply a tourniquet and bandage a wound on Tuesday, November 18, 2014 in Khmelnytskyi, Ukraine. SOCEUR deployed a medical team to Western Ukraine to coach and mentor Ukrainian Ministry of Defense personnel on basic battlefield medical procedures. In the spring, U.S. Army Europe will send a team of advisers into western Ukraine to help train troops according to USARUER commander Lt. Gen. Ben Hodges. () 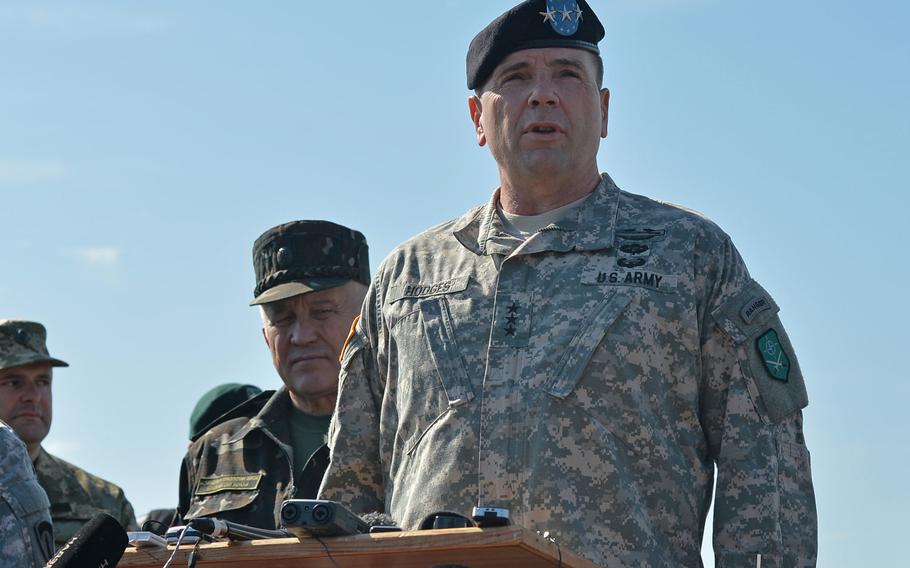 There are signs Russian forces are building up their presence in eastern Ukraine, where fighting in recent days between Ukrainian troops and separatists has intensified, NATO Supreme Allied Command Gen. Philip Breedlove said Thursday.

“What we do see is that the Russian-backed forces have renewed capability now to bring pressure on the Ukrainian forces, and have in several places moved the line of contact to the west. And this is concerning,” Breedlove said during a news conference in Brussels after two days of talks with NATO defense chiefs.

“We are beginning to see the signatures of air defense systems and electronic warfare systems that have accompanied past Russian troop movements into Ukraine, but we are unable at this moment to confirm any specific number of additional Russian troops inside eastern Ukraine,” he said. Two previous Russian incursions involved the movement of similar military hardware, he said.

Lt. Gen. Ben Hodges, commander of U.S. Army Europe, said during a visit to Kiev that it was “irrefutable” that the separatists were getting “direct support from Russia.”

Ukrainian President Petro Poroshenko said at the World Economic Forum in Davos, Switzerland, on Wednesday that as many as 9,000 Russian troops are now in Ukraine, which has been waging war against Russian-backed separatists in the country’s east for nearly a year.

Russia has consistently denied that it has sent troops to aid the separatists, and Foreign Minister Sergey Lavrov said Wednesday there was no evidence to support the claim.

Later Wednesday, Lavrov and the foreign ministers of Ukraine, France and Germany agreed to a dividing line from where both Ukrainian and separatist forces should withdraw heavy weapons, but so far there have been no reported signs of such movement, and fighting between the forces persists.

The conflict in Ukraine has spurred NATO to beef up its presence in eastern Europe to deter Russian aggression against current NATO member states that were formerly part of the Soviet Union or within the Soviet sphere of influence,

In Brussels, Breedlove and other top NATO military officials concluded two days of talks that focused largely on how the alliance will implement a new Readiness Action Plan. The plan includes the establishment of a new spearhead rapid-reaction force, known as a Very High Readiness Joint Task Force, which has reached interim capability.

Defense chiefs discussed the future shape of the reaction force and will make a recommendation to NATO leadership ahead of a defense ministers’ meeting in February, where an announcement is expected on the unit’s ultimate size and composition.

“2015 will be, and is, a critical year as we work to bring about the greatest change in our approach to collective defense since NATO’s inception,” Breedlove said.

Since Russia’s invasion of Ukraine, which culminated in the annexation of the Crimea Peninsula in March, NATO has established a more robust presence in Poland and the Baltic states, which lie on Russia’s periphery. The United States has taken a lead role in the rotational presence and training in those states.

And, starting in the spring, USAREUR will send a team of advisers into western Ukraine to help train troops in areas such as combat life-saving techniques, tactics for preventing the jamming of battlefield communications equipment, and methods to guard troops against sophisticated Russian-made artillery, Hodges said.

“I think there are some areas [where] we can help,” he told reporters during his visit to Kiev on Wednesday.

The training is expected to focus on about four maneuver companies from the Ukrainian national guard and a headquarters, according to the Defense Department. The number of U.S. troops involved in the training is yet to be finalized.

That came on the heels of a major USAREUR multinational exercise in September, which involved sending 200 soldiers from the Vicenza, Italy-based 173rd Airborne Brigade into western Ukraine to work with troops from a host of countries.

The training initiative was in response to a request from the Ukrainian government and is part of a U.S. State Department effort to assist Ukraine in strengthening its law enforcement capabilities, conduct internal defense and maintain rule of law, said Lt. Col. Vanessa Hillman, a Pentagon spokeswoman.

The training mission demonstrates “U.S. commitment to security in the Black Sea region, and ... the value of forward-stationed forces accustomed to training with partner nations,” Hillman said.