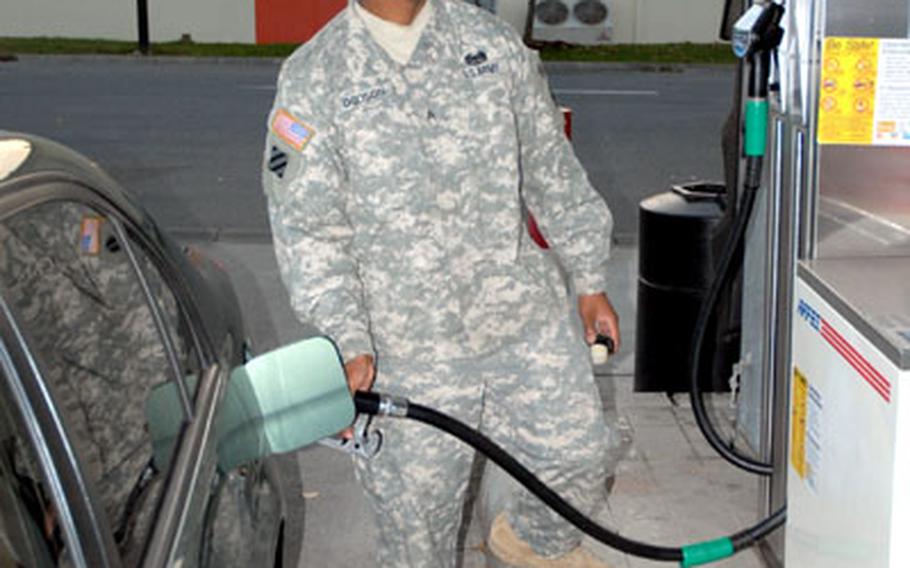 In November, the Army and Air Force Exchange Service asked customers whether they were happy with the agency&#8217;s policy on changing gas prices on a monthly basis.

With more than 4,500 responses in hand, AAFES says they will take customer feedback into consideration when determining if their pricing policy will change.

During the first week of November, AAFES sent out this questionnaire:

&#8220;Dear Buddies, AAFES is considering amending the frequency in which it adjusts prices at (overseas) gas stations. Currently, we set overseas pump prices at the beginning of each month. To ensure future policy changes are inline with customer expectations, AAFES leadership would like to solicit your opinion.&#8221;

The survey asked customers if they would like AAFES to change prices more often, less often or keep the current monthly policy.

&#8220;Informal surveys allow responsible military commands and retailers to understand the concerns of those they serve,&#8221; he wrote.

Furthermore, gas prices will not change solely on the basis of the survey results, Anstey said.

&#8220;The informal questionnaire concerning energy pricing was in no way scientific. As such, anecdotal feedback is not a dictating factor, but one of multiple components that influence overall pricing policy,&#8221; he wrote.

At the time the questionnaire was being sent to customers, Col. Dean Thurman, a spokesman at AAFES Dallas headquarters, said the survey was being conducted in response to concerns raised by customers about the overseas gas prices not dropping as quickly as stateside prices over the summer.

&#8220;In July and August, there was a period there where prices were falling several cents a day in the States,&#8221; Thurman said.

However, because AAFES sets prices monthly, those drops weren&#8217;t seen at gas pumps overseas. Following the AAFES adjustment of fuel prices in September, Stars and Stripes was flooded with letters to the editor.

&#8220;This past two weeks, the news has been announcing the steady decrease in fuel prices stateside,&#8221; wrote Michaelene Tyler of Baumholder, Germany. &#8220;The average is now $2.85 per gallon, including the 18.4-cent federal tax and 22-cent average state tax per gallon.

&#8220;It&#8217;s another month, and again we must go through another gasoline price increase when stateside prices are going down,&#8221; wrote Tech. Sgt. Dean Schmitz of Ramstein Air Base, Germany. &#8220;One only has to use the Department of Energy&#8217;s figures for the period ending Aug. 21 to understand really how much AAFES is charging customers above and beyond the national average.&#8221;

Thurmond said AAFES waited until stateside prices calmed a bit before sending out their survey.