Thousands of US troops deploying to Afghanistan, Europe this summer 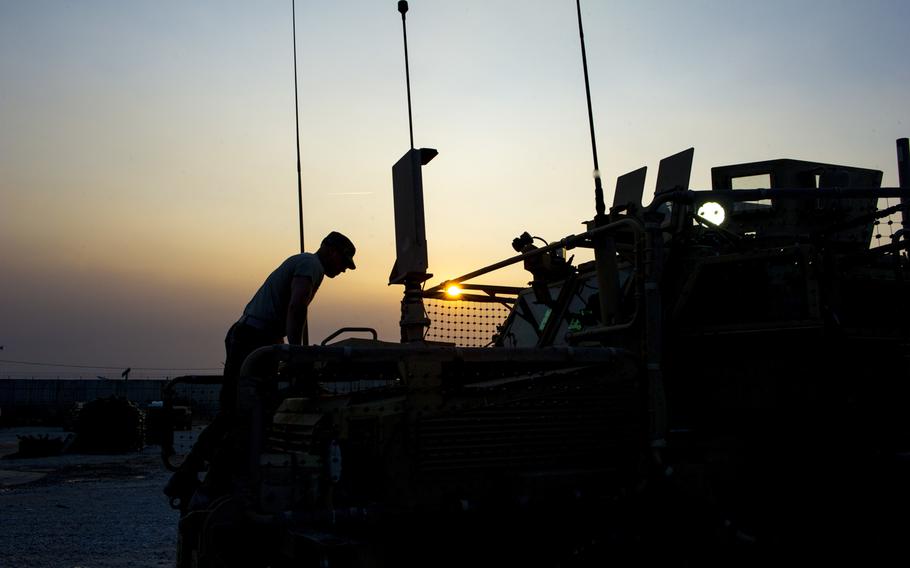 WASHINGTON — About 5,700 U.S. soldiers will deploy later this year to Afghanistan and Europe on regular troop rotations, the Army announced Thursday.

About 1,700 soldiers from Fort Stewart in Georgia and Fort Bragg in North Carolina will deploy to Afghanistan in the summer to replace troops serving in the longest war in U.S. history, the Army said. Another 4,000 from a Fort Riley, Kansas brigade will deploy to Europe in the fall.

The troop rotations will not increase the size of the U.S. force in either location, Pentagon spokesmen said Thursday.

The White House has recently granted the Pentagon authority to determine its troop strength in Iraq, Syria and Afghanistan without President Donald Trump’s approval, but the Defense Department has not added additional forces to any of those countries, said Eric Pahon, a Pentagon spokesman.

The United States is examining its force size and overall strategy for the 16-year war in Afghanistan. Army Gen. John Nicholson, the top American commander there, has asked for “a few thousand” additional troops to boost the NATO-led training and advising of Afghan security forces. Nicholson has characterized the war against the Taliban as a stalemate. Defense Secretary Jim Mattis said Monday while visiting Kabul that he would make decisions on Afghanistan in the near future.

About 200 soldiers from the 3rd Infantry Division’s Headquarters will deploy to Bagram Air Field where they will serve as the U.S. Forces-Afghanistan National Support Element, which oversees logistics and sustainment operations in the country. They will replace the 1st Cavalry Division Headquarters, which deployed in September.

The 3rd Infantry Division’s Headquarters previously served in the same role during its last deployment from late 2014 through 2015.

The other 1,500 soldiers deploying to Afghanistan will come from Fort Bragg’s 1st Brigade Combat Team, 82nd Airborne Division, the Army announced. Those soldiers are expected to spread out across the country with troops deploying to Bagram Air Field and others going to Kandahar province and Kabul.

That unit last deployed to Afghanistan in 2014. More recently, it served until late last year as the Army’s Global Response Force, a unit tasked with deploying in response to unforeseen conflict or humanitarian crises on short notice.

The brigade, which includes some 2,800 tanks, armored infantry and artillery vehicles, will be the second to serve on the back-to-back, nine-month deployments in support of Operation Atlantic Resolve that the Army announced last year.

“The brigade has served most of its 100-year history in support of our European allies and will arrive after a year of training ready to do so again, said Army Col. David Gardner, the brigade’s commander.