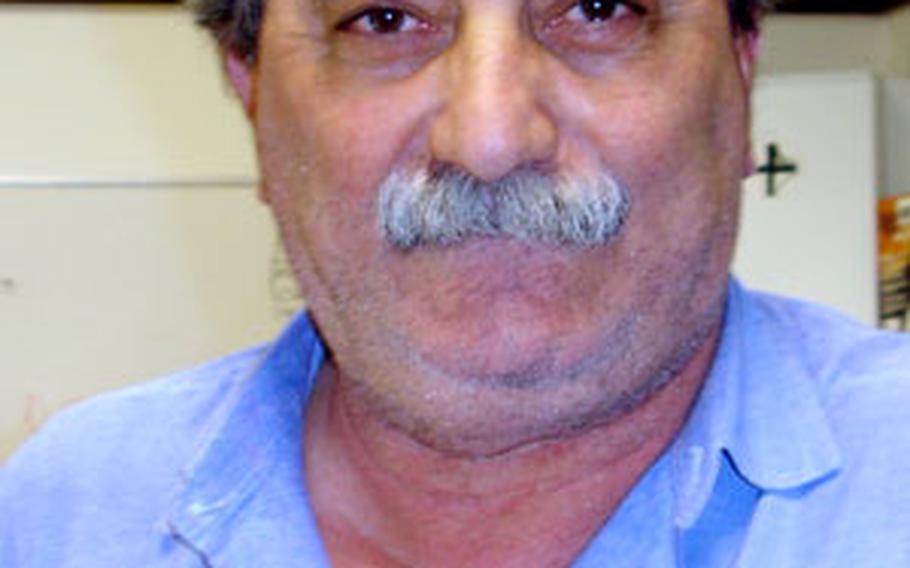 Pasqualino DiMauro holds the pictures of Padre Pio he keeps in his wallet. He will be one of thousands to make the pilgrimage to the town of San Giovanni Rotondo to view the recently exhumed body of the saint, on display until September 2009. (Lisa M. Novak / S&S)

The body of Padre Pio, one of Italy&#8217;s newest saints, went on public display Thursday in the small southern Italian town of San Giovanni Rotondo. Padre Pio, whose real name is Francesco Forgione died in 1968 at age 81.

Although many voiced opposition when the body was disinterred in March &#8212; including members of Padre Pio&#8217;s family &#8212; it hasn&#8217;t stopped tens of thousands from making a pilgrimage to view the body. A million more are expected.

When exhumed, the body was said to be in good condition, with the beard, nails, knees and hands reported to be clearly visible. The face, however, was not.

Gems, a London studio specializing in sculpted museum pieces, constructed a silicone mask of the monk&#8217;s face for the display.

The original exhibition was scheduled only for a few months. By Friday, more than 800,000 people requested a viewing. Officials extended the display through September 2009.

That was good news for Pasqualino DiMauro, an employee at the Navy&#8217;s air terminal on the Capodichino Naval base in Naples, and a devout follower of Padre Pio. The earliest viewing he could book is five months from now.

A 2006 poll taken by the Catholic magazine Famiglia Cristiana reported more Italian Catholics prayed to Padre Pio than than any other religious figure &#8212; including Jesus.

Many of the faithful believe the Capuchin monk bore the stigmata (the wounds of Christ) on his hands. They also believe he could cure the sick and appear in two places at the same time. These claims were part of the 1,000 miracles supporting Padre Pio&#8217;s fast-track to canonization by Pope John Paul II in 2002.

But not all are convinced. Padre Pio has been cast as both saint and sinner in recent writings. In 2007, Sergio Luaaztto&#8217;s &#8220;The Other Christ: Padre Pio and 19th Century Italy,&#8221; suggested that the stigmata was the result of carbolic acid burns, rather than divine intervention.

For the faithful, controversy is irrelevant. According to Italian media reports, in Thursday&#8217;s Mass prior to the viewing, Cardinal Jose Saraiva Martins, head of the Vatican&#8217;s saints department, said, &#8220;Looking at his remains we remember all the good that he has made.&#8221;