This Hallmark event is a real military love story 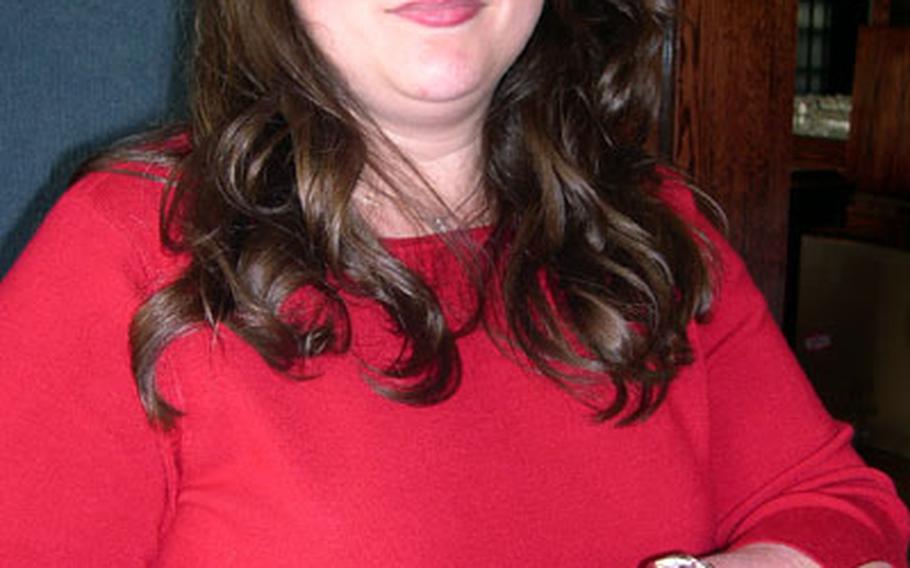 Jennifer Parsley shows off her promise ring from Marine Sgt. Jeremy Harshman, who is currently serving in Iraq. The couple met after Parsley sent letters in care packages to troops overseas, and he wrote back. The pair are planning to get married when he finishes his time in the service, in 2008. ()

WASHINGTON &#8212; This weekend, filmmakers with Hallmark Channel will premiere a new movie about a soldier in Afghanistan who receives an anonymous Christmas card in the mail and falls in love.

When they met with defense officials this week, they also greeted a real-life couple with the same story.

Jennifer Parsley, a 34-year-old Houston native who sends care packages and notes of encouragement to troops overseas with the group Operation Gratitude, met Sgt. Jeremy Harshman in late 2004 through a card she sent while he was serving in Iraq.

Today, the two are engaged and making plans for a 2009 wedding.

But at a promotional event Tuesday, Hallmark Channel President Henry Schleiff gave Parsley an early Christmas present: a live satellite link to Iraq so she could see and speak with Harshman.

Schleiff said the gesture was a small thank-you for the 24-year-old Marine&#8217;s service and Parsley&#8217;s work with Operation Gratitude. The couple beamed as they talked to each other for the first time in months.

Harshman reassured Parsley that he was safe, but missing her. For her part, Parsley told her fiance that he looked wonderful &#8212; she could see him in a makeshift Baghdad studio, but he couldn&#8217;t see her &#8212; but jokingly scolded him for not calling to tell her about the surprise.

In addition, the network organized volunteer work by the cast of &#8220;The Christmas Card&#8221; at Walter Reed Army Medical Center this week, and recently signed on to be a partner with the America Supports You effort.

Schleiff said the network hopes to mail those cards in time for the deployed servicemembers to receive them during the upcoming holiday season.