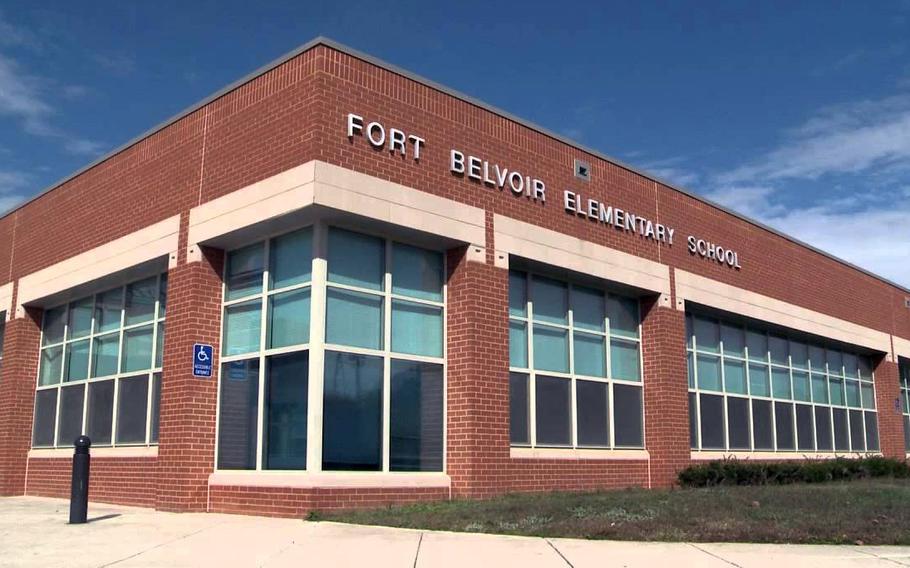 A third-grade student brought a pocket knife to Fort Belvoir Elementary School in Virginia on Thursday and may have threatened other students with it, according to parents critical of the school’s response and base officials.

No injuries were reported but the student “allegedly indicated an intent to use the pocket knife, possibly to harm self and others,” according to a statement from the Fort Belvoir garrison commander, posted on its Facebook site Thursday night.

Children of military personnel attend the school on Fort Belvoir, but it is not part of the Department of Defense Education Activity, the U.S. military’s school system.

The incident prompted concern from some parents, who criticized the school for failing to notify them sooner and not being forthcoming about the seriousness of the episode.

According to posts shared on the Facebook page, a parent shared an alert from school officials around 3:45 p.m. Thursday. Police were called to the school shortly before 1 p.m., according to a law enforcement spokeswoman.

“This afternoon one of our students took out a pocket knife and showed it to classmates,” read the shared message from Fort Belvoir Elementary School. “Staff members removed it from the student, and the appropriate authorities were contacted. Our students were not in danger, but we wanted to make you aware of this incident.”

People identifying themselves as parents of children at the school said on Facebook that they were alarmed to hear details from their kids when they picked them up that didn’t match what the school initially reported.

“This was definitely a scary moment and having to read about it on (Facebook) as well as children telling us details is unacceptable,” one commenter said.

The Fairfax police said Friday that they responded to the school at 12:57 p.m. after a report of a child with a knife. There were no reports of injuries.

Fairfax County referred additional questions to the Fort Belvoir Police Department, which is the lead police agency on the case. A spokeswoman for Fort Belvoir police referred all comment to the school district, saying they couldn’t share details because it was a school matter. A call requesting comment from the Fairfax Public School System wasn’t immediately returned Friday.

The incident remains under investigation.