‘They view me as a novelty’ 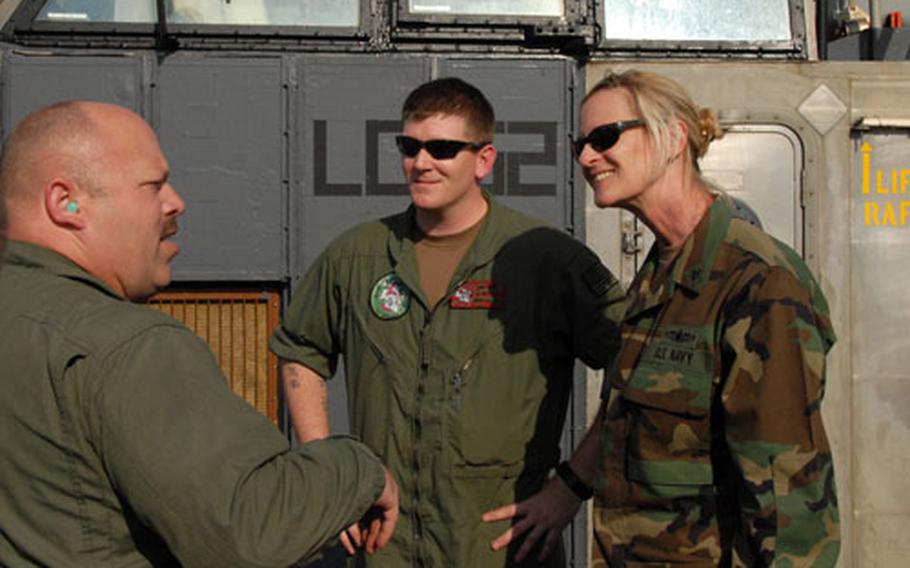 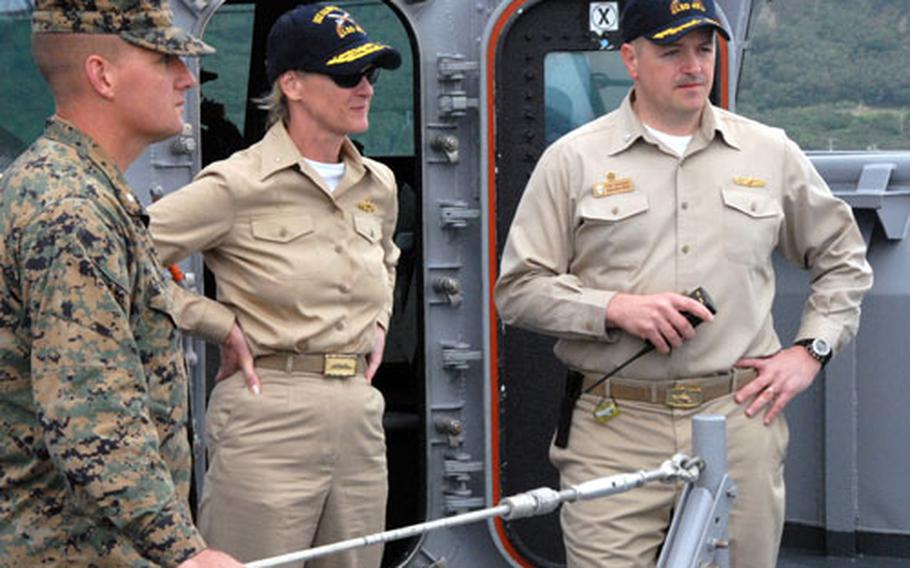 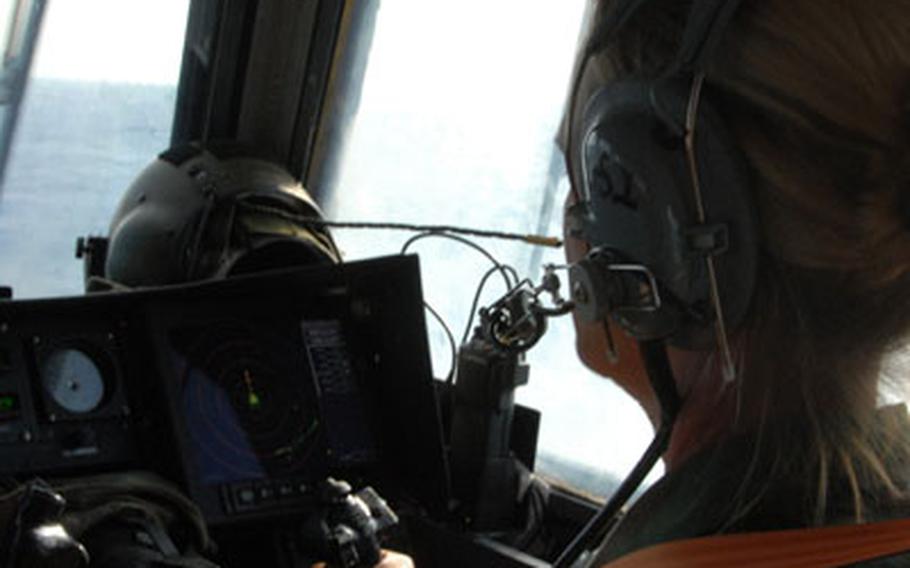 Pottenger tries her hand at maneuvering a Landing Craft Air Cushion amphibious craft on the way back to the USS Harpers Ferry from Iwo Jima earlier this year. The Harpers Ferry falls under her command. (Megan McCloskey / S&S)

As the commander of Amphibious Force, U.S. 7th Fleet, Pottenger is the first woman to take charge of a Navy strike group.

Her duties in the Pacific bring her into contact with cultures that are largely male-dominated, with few &#8212; if any &#8212; females in leadership positions, particularly in the military.

At social functions with foreign dignitaries and military officials, there is some uncertainty about how she fits in with their traditionally boys-only club.

Pottenger is used to being a pioneer.

Pottenger is pleased media haven&#8217;t been banging down her door to talk about this latest first. But she does plan to make her mark on the post.

She said she wants to be aggressive with the engagement aspect of her duties in terms of where ships go and what they do when they get there.

Since taking command of the Navy&#8217;s only forward-deployed amphibious force last November, she&#8217;s looked to send her seven Sasebo-based ships to ports the Navy hasn&#8217;t seen in a while and to expand the impact of community relations when they&#8217;re there.

Instead of just simply showing up in port and &#8220;playing a game of softball and giving ship tours,&#8221; her command will actively seek out where they can be of service, she said.

One of her ships recently went to South Korea and did what she called concerted and intense community relations outreach. The projects were the &#8220;same old schools and orphanages&#8221; kind, but Pottenger sent Task Force 76 command chaplain Lt. Cmdr. Myung Kim to the country ahead of time to scout what the community needed.

Pottenger is the type of person whom people stop to watch when she walks into a room &#8212; and one gets the feeling that happens even when she&#8217;s not wearing a star on her collar.

Adm. Mike Mullen, who as chief of naval operations appointed Pottenger to the post, said in an e-mail to Stars and Stripes that she is &#8220;an exceptional role model, not only for women &#8212; though certainly young women can find much to emulate in her &#8212; but also for sailors of any stripe and any age.&#8221;

Much has changed for women in her three decades in the Navy, she said, with sheer numbers being the most obvious difference, but also the level of acceptance.

Pottenger said her Navy experience has been mostly positive.

Pottenger said she wants to be recognized for her work as a sailor, not as a female sailor. She wants that for the other women in the Navy as well, and she understands she&#8217;s helping to lead the way.

On the USS Harpers Ferry this spring, she turned down the suggestion that she round up the ship&#8217;s female sailors for a pow-wow.

Instead she floated an open invitation for female sailors to visit her. And many did.

Pottenger does embrace the adjective &#8220;female&#8221; in front of &#8220;leader&#8217; when it&#8217;s pertinent to the mission. She said she thinks a lot about how she can push the envelope, not just with her ships, but also in terms of engaging an area of the world that&#8217;s male-dominated. For example, she plans to visit military academies in the Philippines and South Korea next fall to meet with female cadets.

Diversity among the ranks

Improving the diversity of its leaders is not just a priority for the Navy &#8212; it&#8217;s also a readiness issue, said Chief of Naval Operations Adm. Mike Mullen in an e-mail to Stars and Stripes.

&#8220;We are doing well in certain aspects of diversity. But we can and must do better, especially with regard to opportunities for women and minorities,&#8221; he said. &#8220;But let me be clear. This effort is not about getting rid of barriers for one group. It&#8217;s about making sure everyone has the opportunity to reach their full potential. It&#8217;s about rewarding good performance across the board.&#8221;